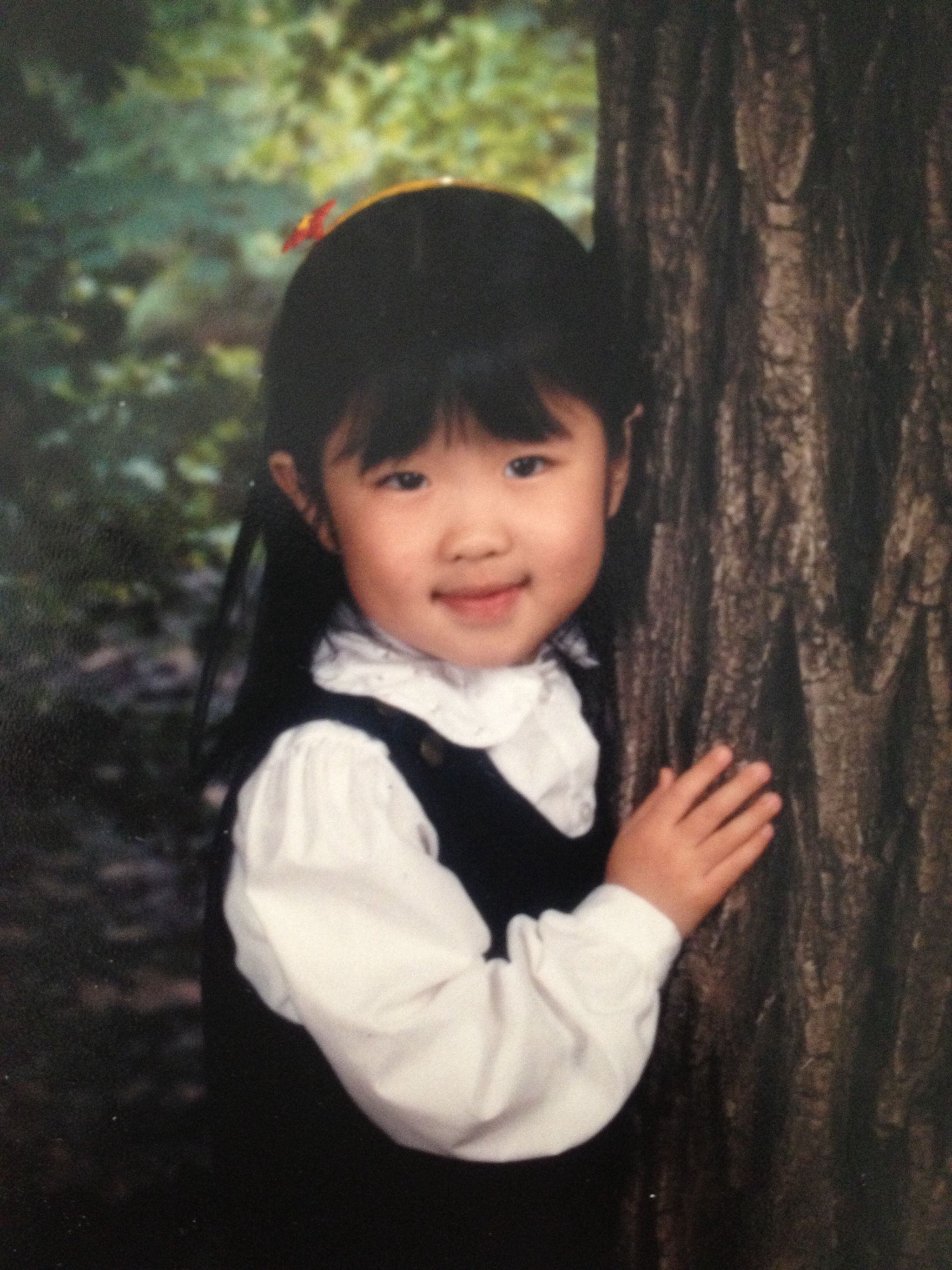 Earlier this month I celebrated my 25th birthday. Two years ago I made an epic blog post for my 23rd birthday - 23 cities I've been. It took a lot of time digging up old photos from each city and the blog post still remains one that I'm most proud of. Last year I did a general reflection (read here), so naturally I wanted to write something special this year as well. 25... people? songs? facts? Eventually I landed on moments: small, fleeting seconds in life that have stayed with me and when recalled, transport me back to exactly that moment in time and make me feel as I did - joy, sadness, relief, embarrassment, butterflies... I've been searching through my memories over the last few days and I realized that moments like these don't always occur during major life events. I jotted them down on my phone as I remembered. I resisted writing down things that I remember simply because they were important, like "that time I got into college", unless there is a specific moment I can pinpoint and recall exactly how I felt. So in no particular order, here are 25 moments in my life:

1 - During my high school senior year choir tour in Italy, we somehow got the amazing opportunity to sing at a mass in St. Peter's Basilica in Vatican. Our teacher quietly gave us our starting note using his pitch pipe. Everyone took a deep breath and what came out was the most unpleasant, screechy mix of voices, ever. We immediately stopped singing and moved on to a different song. He had accidentally given us the wrong note but some people didn't hear him and started with the right notes anyway.

2 - One humid summer night five years ago in Beijing, I wore a cute purple dress and shared a kiss in the pouring rain with a cute boy, beside the moped on which he was taking me around the city. True story.

3 - 2008 Beijing Olympics Opening Ceremony. I was actually in the audience and teared up during the first notes of the national anthem.

4 - I hated going to kindergarten. I never wanted to go and could never wait to leave, but I still remember how happy and relieved I felt holding my aunt's hand after school one day and stepping into the small convenience store nearby to pick out an ice cream bar.

5 - Freshman year of high school. I was the last and only person still on the track in my group during our mandatory one-mile run. My history teacher was timing us and he yelled loudly "You can do it Ziwei!". I was exhausted and desperate to finish and felt a jolt of encouragement. The fact that everyone else on the track heard him too did not occur to me until much later.

6 - My roommates and I went to see Maroon 5 in San Diego in 2012 and I thought the "She Will be Loved" performance was the most romantic situation ever.

7 - November 2014, London. I was studying abroad and my best friend came to visit. We went to the ATP World Tour Finals to see Roger Federer, my favorite athlete ever. We were in line to get food but the match was about to start and if you were late, you had to wait for a while before being allowed to enter. I felt such a panic that I was going to miss seeing even a second of Federer. We frantically ran across the O2 while trying to balance the food and my friend (of 5+ years at this point) said she had never seen me run so fast. (this ties in with #5).

8 - I loved family trips when I was little when we'd get a van and all drive together. On a tranquil evening stroll in Qingdao many years ago, my grandma was swaying her arms out of relaxation and a cab stopped thinking she was hailing one.

9 - Since Freshman year of college I greatly admired a humanities professor. By luck, I won an award from his department during my senior year. As a nice gesture he took me to lunch. I told him about my interests, specially my involvement in a fashion magazine. He looked fascinated and called me interesting. I felt overwhelmingly honored.

10 - The moment I heard the voicemail that told me I got my job. It was also the day I tried cold brew coffee for the first time - not a good combo!

11 - I said bye to my cat in China a couple years ago. I called his name from the door and he looked at me right in the eye. It made me feel sad for leaving.

12 - On another family trip we were at an arcade. I was so bad at throwing darts I hit the ear of a prize teddy bear. Awkward silence ensued.

13 - I finished class one day in 2015 and made myself a perfect bowl of ramen, right before seeing the news from Facebook that a dear friend passed away. For a little while I didn't feel anything and didn't know what to do except finishing my noodles.

14 - Perth, Australia. Summer of 2007. 14-year old me was studying abroad with classmates from my middle school. My best friend and I took the advice from our guy friends to take an alternative bus route home from school. We freaked out on the bus when the route seemed to diverge from where we should go and we yelled at them angrily on the phone. They were very concerned. Young gentlemen.

15 - Also in Australia, our first group excursion was to a reptile house. I tried to walk through it as FAST as possible since snakes are my biggest fear, but at the turn of a corner I was suddenly confronted with a guy holding a snake. *shudder*

16 - I visited a friend in a tiny town in Germany. On the night I left, I wheeled my crappy little suitcase on the cobblestone streets when it was completely silent. I thought I'd never heard anything so loud.

17 -  I fell on the stairs in 2nd grade and was bleeding from brow bone. Lots of other kids were staring at me as my best friend, who was terrified, walked me across our track to the nurse's offices. I don't remember any pain though.

18 - In fall of 2014, my then friend (now boyfriend) Jerry and I were on the metro to Lisbon airport to catch our planes to separate places. I was panicked for many reasons: we were running late, and I realized I didn't want to be without him, not then and perhaps not ever. I was sitting and he was standing. We looked right at each other for a couple seconds and I never knew a look could mean so much.

19 - The moment my friends and I saw the cable car to go down a mountain in China after the hottest and longest hike of our lives.

20 - Walking into Central Park by myself last year after saying bye to my friends and reveling in total freedom.

21 - Engrossed in conversation with my little cousins about the ups and downs of being middle schoolers in China last summer, for a second I didn't feel like I was just paying a brief, cordial family visit once every two years. It was like I never left.

22 - I remember so vividly how it felt holding each of my parents' hands as a kid. My mom liked to squeeze my hand while my dad had a loose and gentle hold.

23 - I was running on a fever while taking a grade-wise English exam in middle school (which I was bound to ace - I was one of the best students then :p). I was dying to go home at the end when my friend/study rival ran from his classroom downstairs to mine to see if I got a question that stumped him. I was so annoyed, but I still remember the answer was "accelerate".

24 - Last month, as the end scene of Call Me by Your Name rolled on screen, I was completely astonished and reduced to nothing but emotions. The second the screen turned black, Armie Hammer came out from the side of the theater for a q&a. It was such a surreal moment, as if he walked right off of screen.

25 - Right now: it's 8:32 am. I'm sitting at my dining table and have a half eaten avocado toast in front of my laptop, determined to finish this before making it to work today.

If you made it all the way here, wow! Thanks for reading and I didn't expect this to turn out so long. I don't think I was able to convey how I felt during these moments, how clearly I remember them, or what they mean to me, but hopefully you can understand what I was attempting to capture. Reflecting of them has made me realize how precious life's small moments are and I want to make an effort to not miss them, even if life becomes more of a routine and less of an adventure. And it goes without saying, I'd absolutely love any comments. Share your moments with me!