I went to Las Vegas last week! Even though we've been to Europe, the Caribbean and the East Coast, my boyfriend and I have never been on a proper road trip of more than two hours together. He had also never been to Las Vegas since he turned 21, so this trip had a few exciting firsts. Without going into an hour-by-hour recount of our trip, I want to share some highlights and shots from the city of lights as well as some findings along the road from LA to LV. 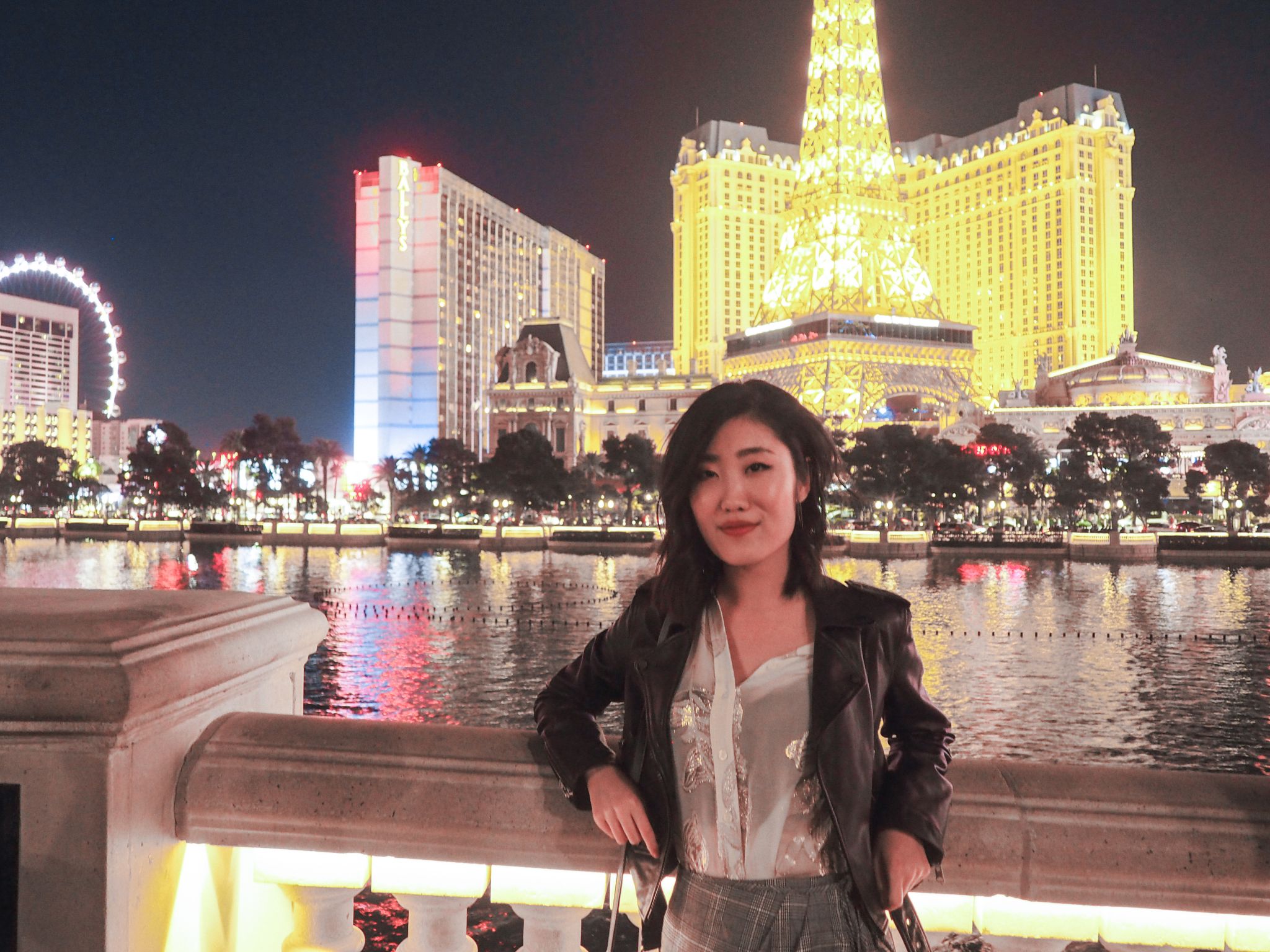 Thanksgiving week has some of the cheapest cheapest hotel rates. As I was spending way too much time picking a hotel on Expedia (per usual), I realized that I had a $50 coupon that I totally forgot about. That helped us make a decision immediately and we opted for Vdara. It's one of the newest hotels located next to Cosmopolitan and Aria. Our room, despite being the cheapest type of rooms, was a huge suite with a kitchenette, couch, and king-sized bed. We were lucky and got placed on the 49th floor (out of 56), so the view was stunning as well. Unlike most hotels on the strip, Vdara does not have a casino and is relatively quiet, so it may not be for everyone. It is, however, connected to Bellagio by a convenient passageway so you'll find yourself among Bellagio's breathtaking garden displays in the lobby within minutes. Because of this, we spent the most time in Bellagio, even though we visited just about every other hotel nearby. The vibrancy and energy of the strip just never ceases to wow me. 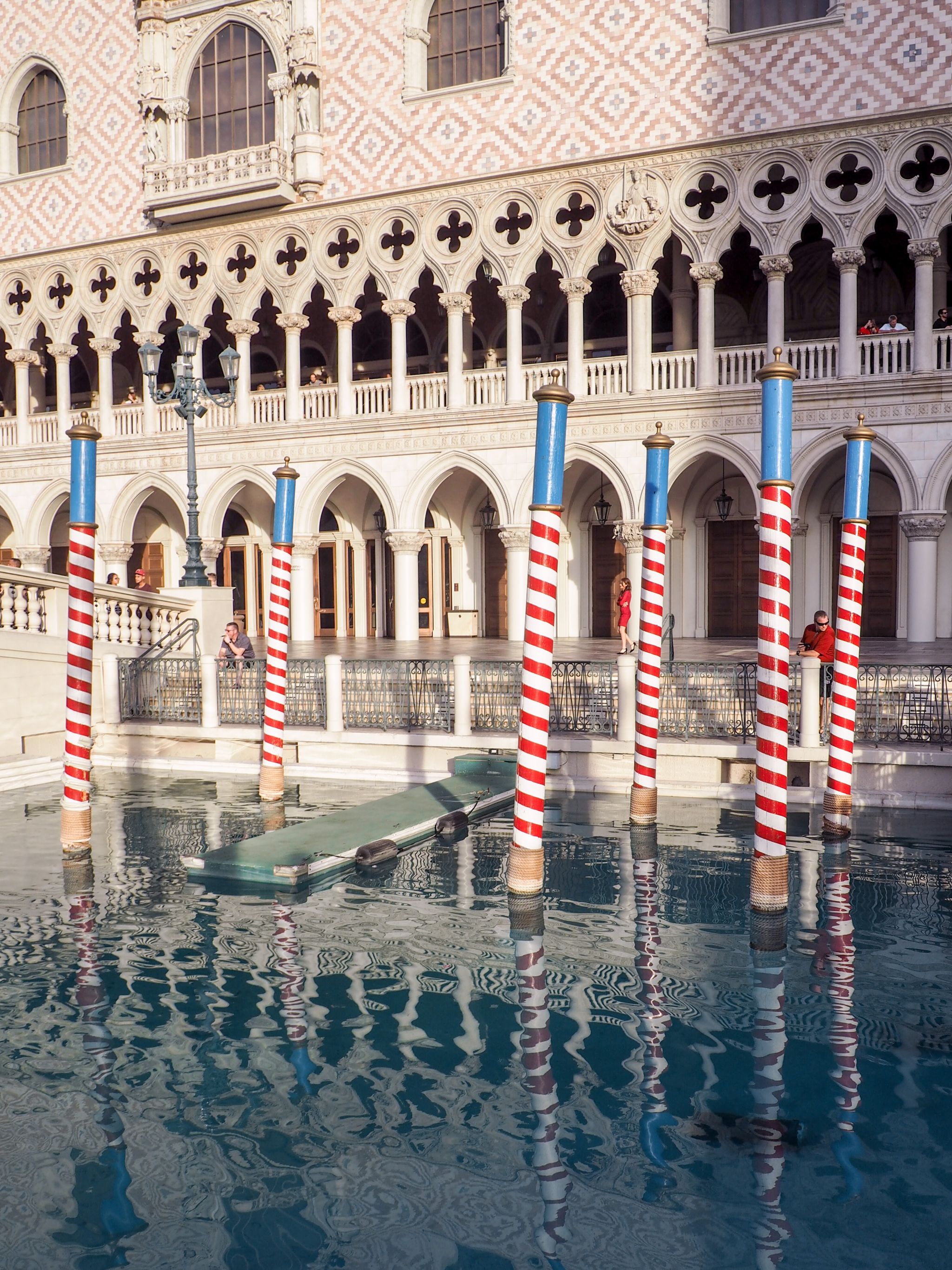 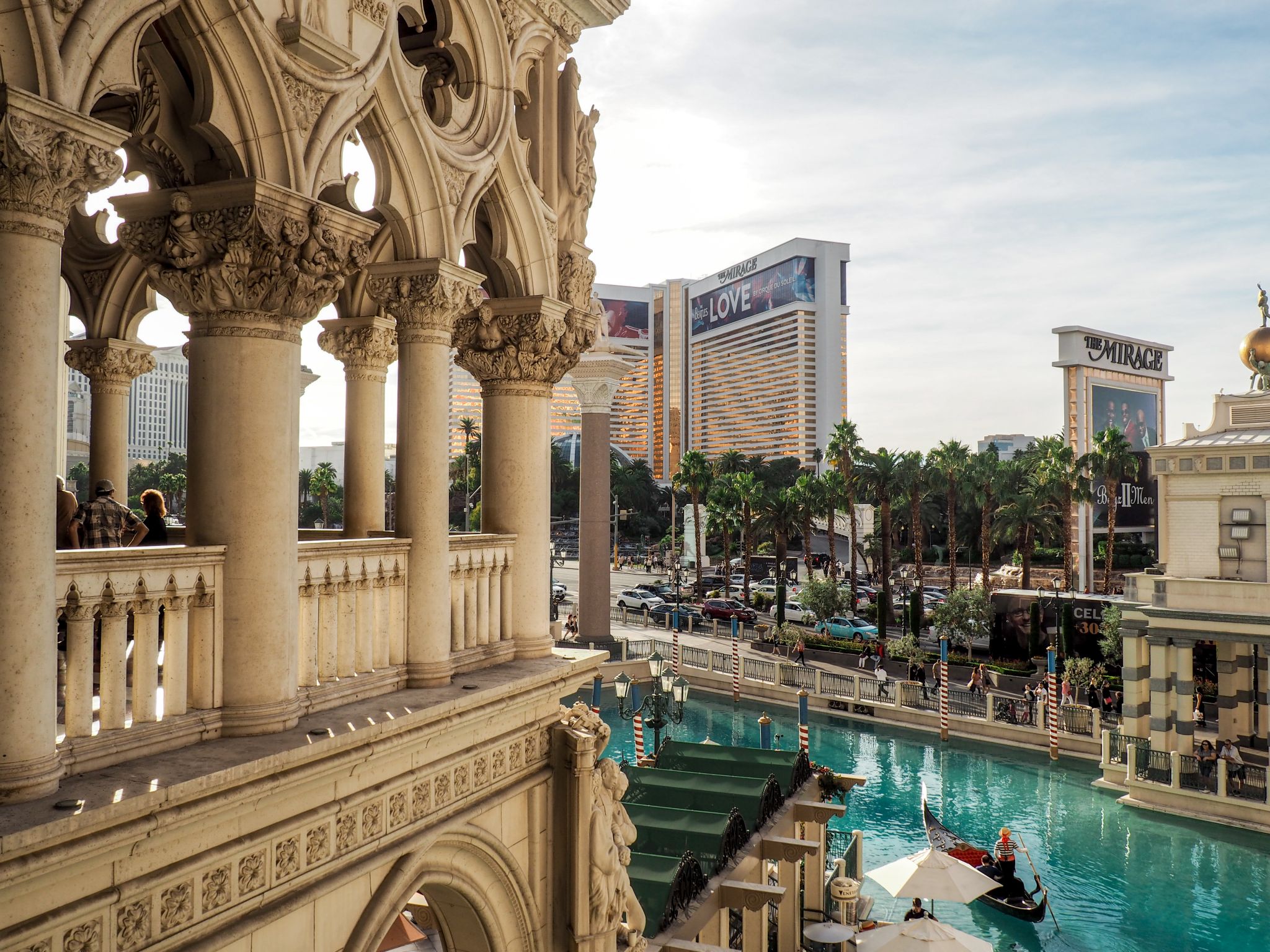 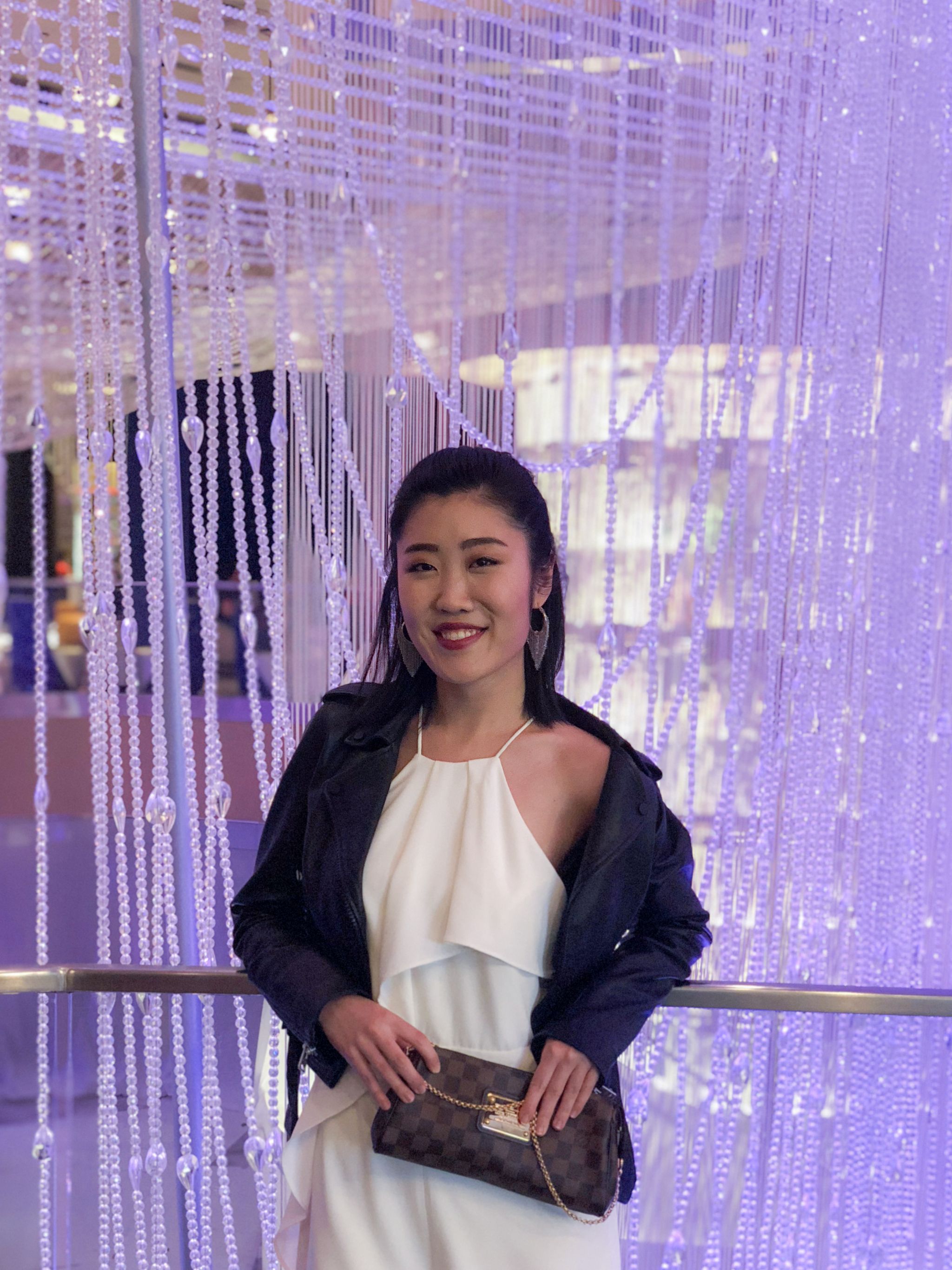 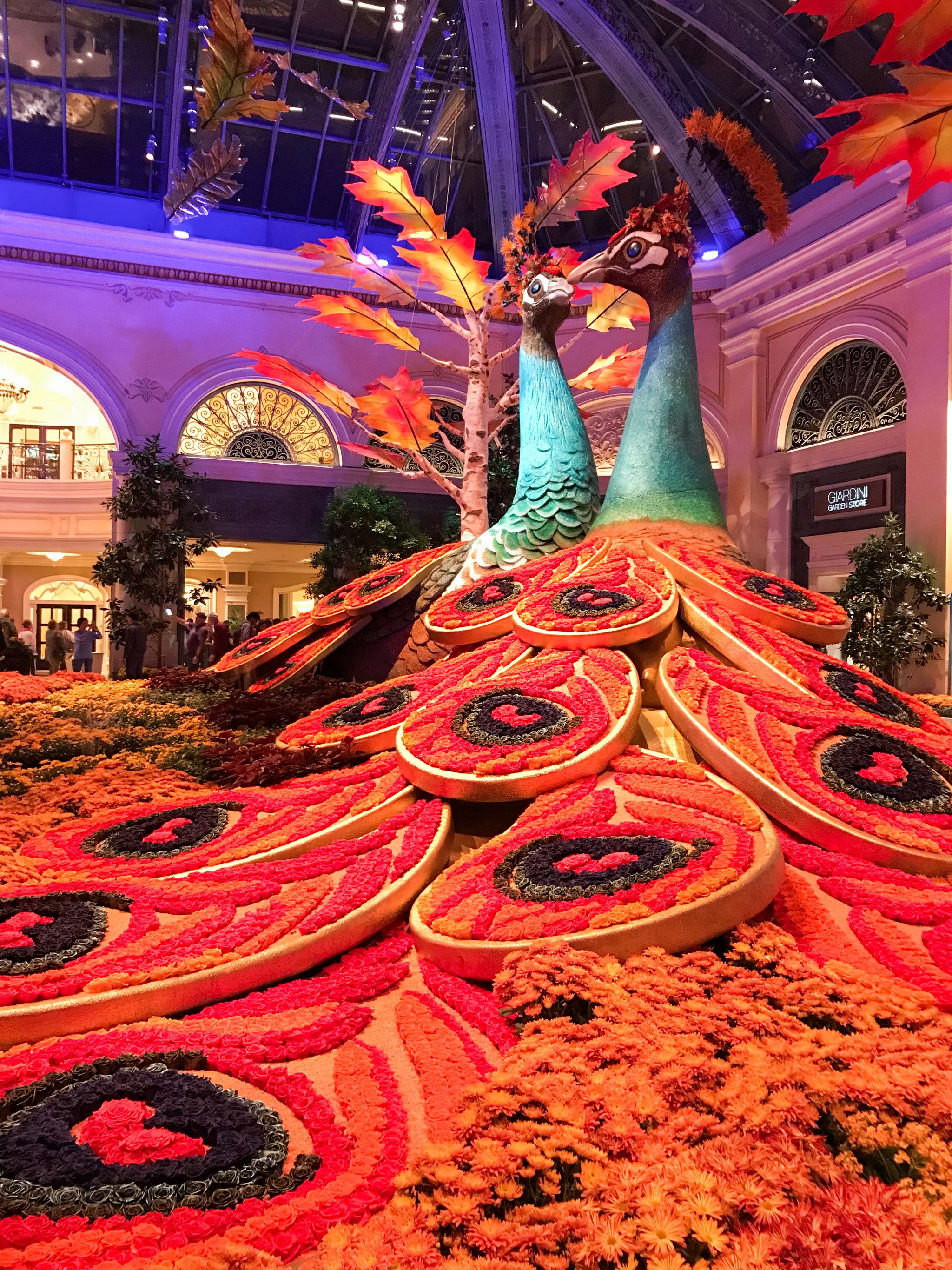 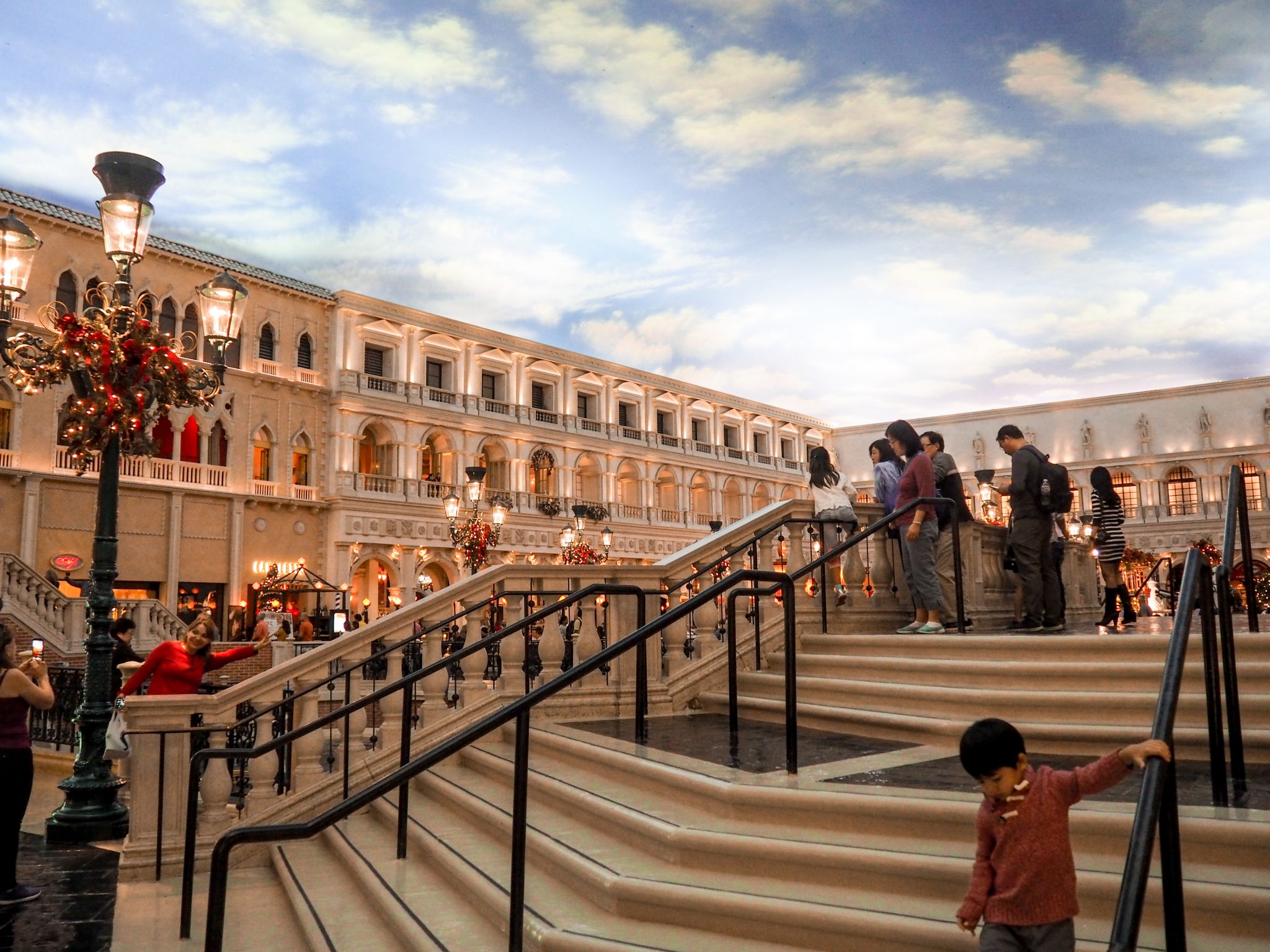 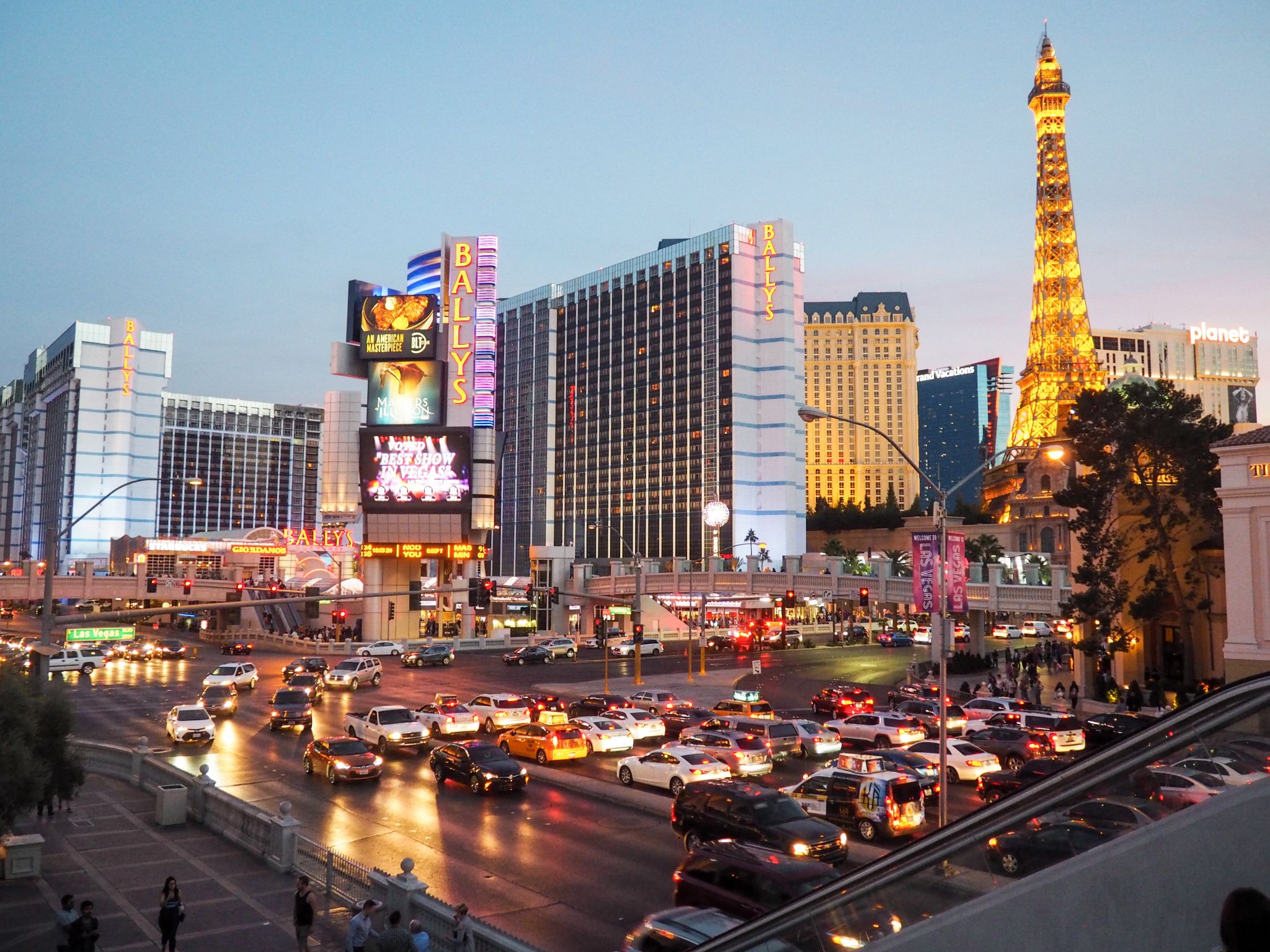 I'm not a big party goer, which makes food one of the absolute top reasons for me to like Las Vegas. For our first dinner we chose Momofuku, an Asian fusion restaurant that originated from New York. It's located inside of The Cosmopolitan. I was in a great mood already as I decided to dress up and the killer headache that I was having subsided, but tasting the food just made me even happier. We ordered hamachi, a pork bun, some ginger scallion noodles, and a whole steamed branzino. Everything was brilliant. The restaurant also had a really cool and casual atmosphere with hotel Paris as its backdrop. Right outside the restaurant is the famous Momofuku Milk Bar that I was determined to try but ultimately was too full from dinner. Next time!

For brunch next day, we knew we wanted a buffet and ended up heading back to The Cosmopolitan to try Wicked Spoon. The food was not only plentiful by amount, but also by variety. There was every kind of breakfast food, Asian food, Italian food, you name it. To be honest, I was slightly disappointed because not a lot of items stood out to me. Even though my memories are hazy, I think the brunch buffet at Bellagio was better. Jerry enjoyed a lot of bone marrow and my favorite thing was probably the mussels. The desserts were delicious.

The last, and probably the best, meal we had that's worth mentioning is Lago by Julian Serrano in Bellagio. It's an Italian tapas restaurant (I'm not sure if "tapas" strictly refers to Spanish foods, but small plates was definitely the main concept for Lago) with a view of the strip and the fountain. We requested a table by the window so we can see the fountain and unexpectedly got taken to one right away! At night time, the fountain show occurred every 15 minutes, with each show lasting 3-4 minutes so essentially we were watching a show every 10 minutes. None of the songs was a repeat and each was absolutely magical. Even the view alone would've made for a great dinner experience, but the food was almost just as memorable. We had beef tartare, a side of mushrooms, and a spicy seafood pasta and I'd reorder each item again and again if I could. They were all equally good and the price was reasonable as well. I'd definitely recommend it, maybe even over Momofuku! 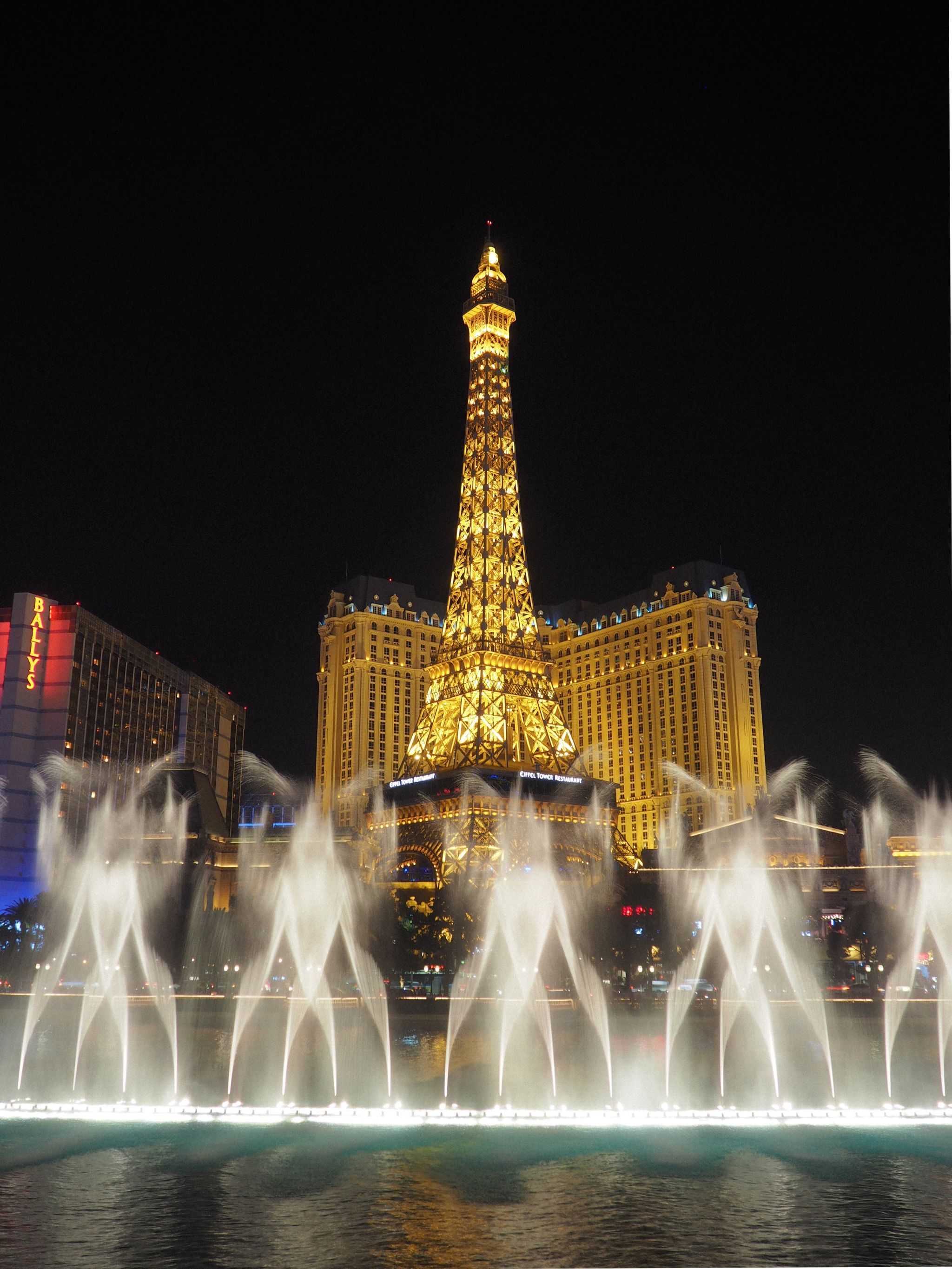 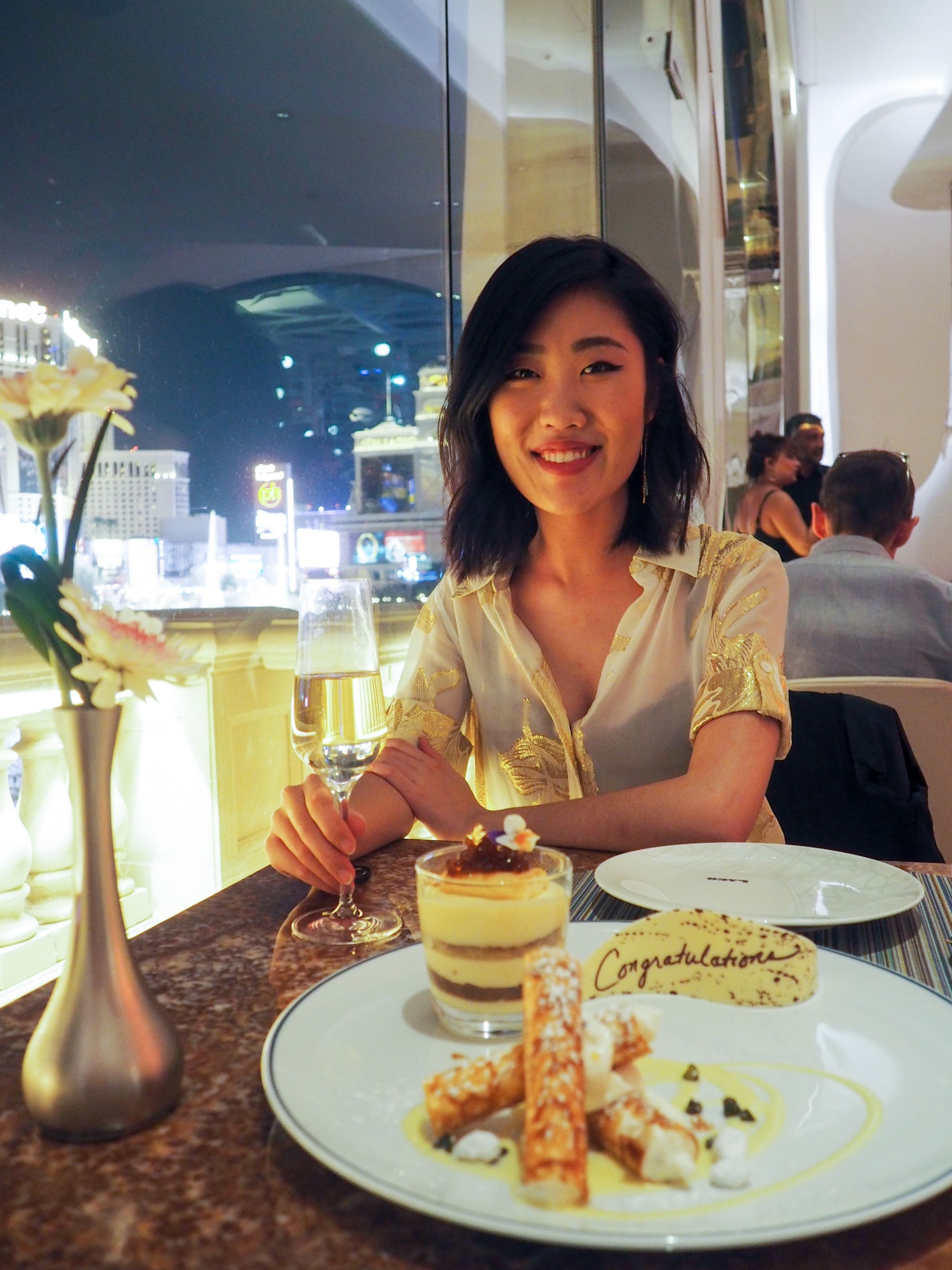 On the way to Vegas, we stopped by Seven Magic Mountains, a display of  seven totems of colorful rocks in the middle of the desert. It's a two-year exhibit, completely free to visit. When we arrived at around 3PM, there were swarms of people visiting so we actually didn't end up approaching it. Instead, we took pictures using about three different cameras from afar and I really loved how they turned out. It almost seems as if we were being extra creative with our angles, but really we were just trying to avoid the crowd.

On the way back, traffic on the 15 was terrible so Google Maps took us on a desert detour north of the 15, only coming back onto the freeway around Mojave National Preserve. It turned out to be such an adventure as drove through miles and miles of desert with hardly any signs of life. We hit a stretched of unpaved road in the middle and because there were a lot of cars all being slowed down, the road turned into a dust cloud and we couldn't see almost anything around us. I would've been nervous driving alone but together we actually had a lot of fun. Eventually we got back on the 15 and I was actually kind of disappointed. Not for long though, as we soon arrived at Zzyzx, yes a road with more Z's than my name! This was by far the coolest spots I've ever been in California. We took a lot of cool shots that I plan to share in another post. I'm so slow at editing in Lightroom still, but getting better! 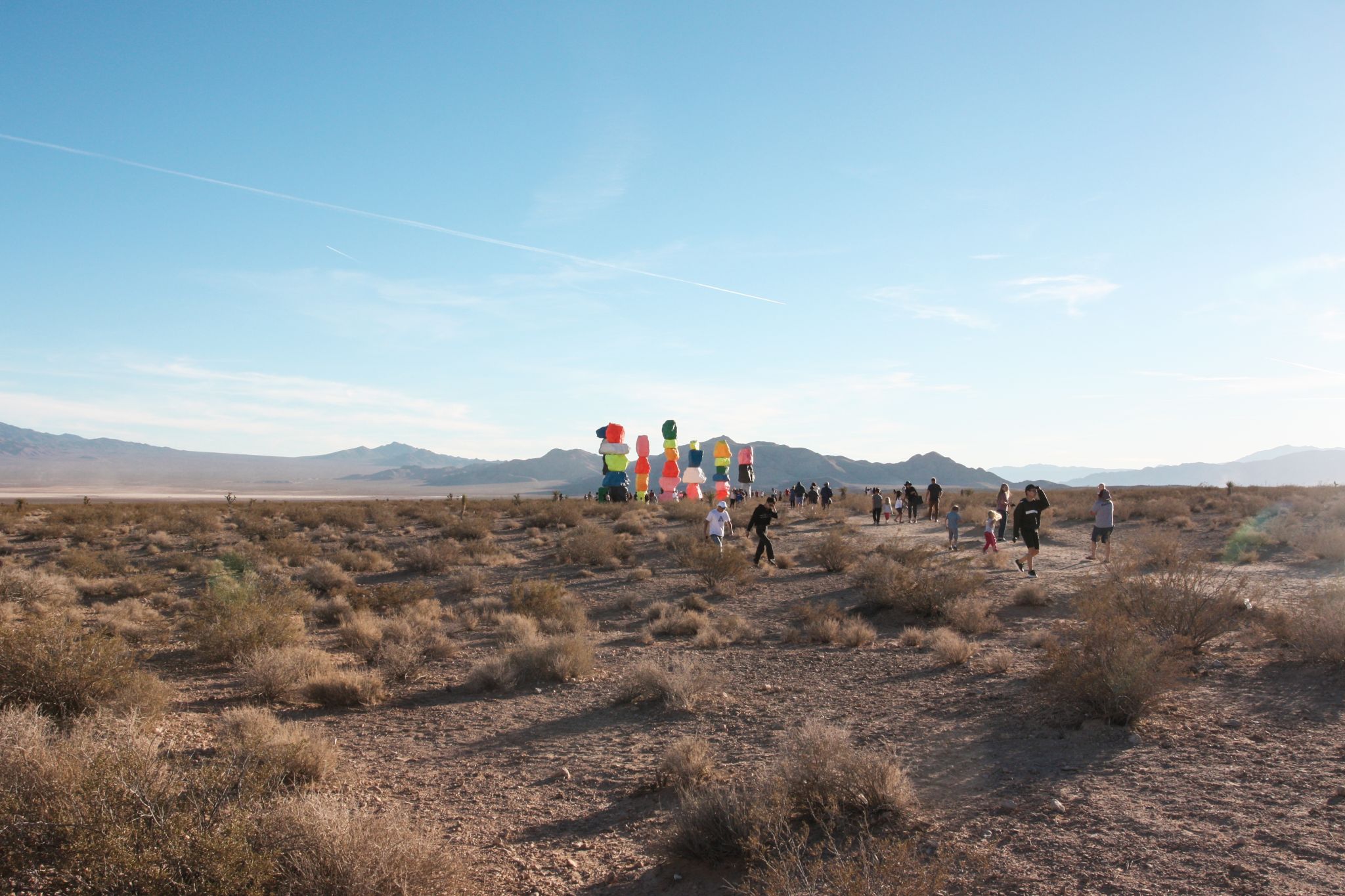 What do you guys like to do in Las Vegas? 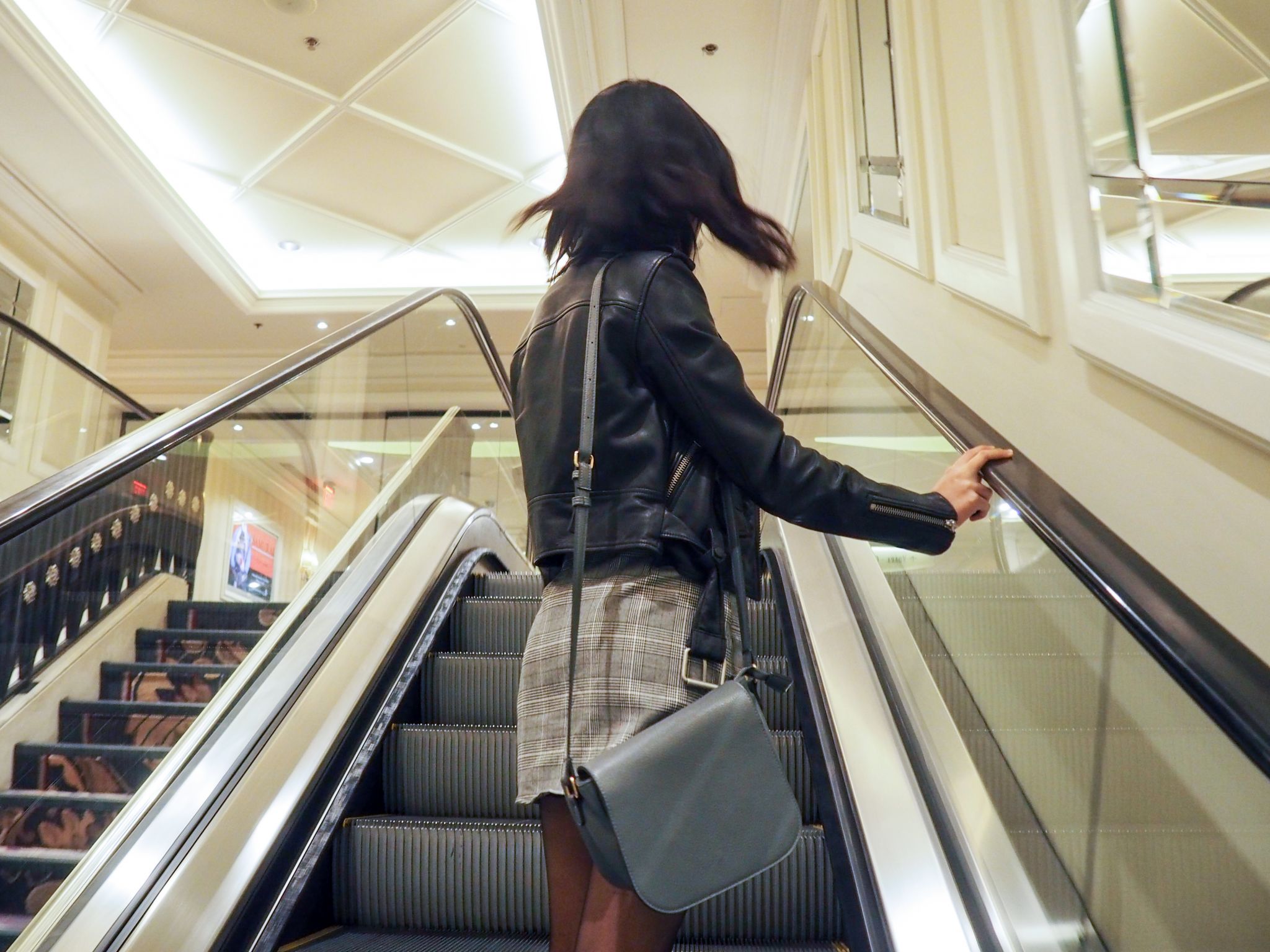