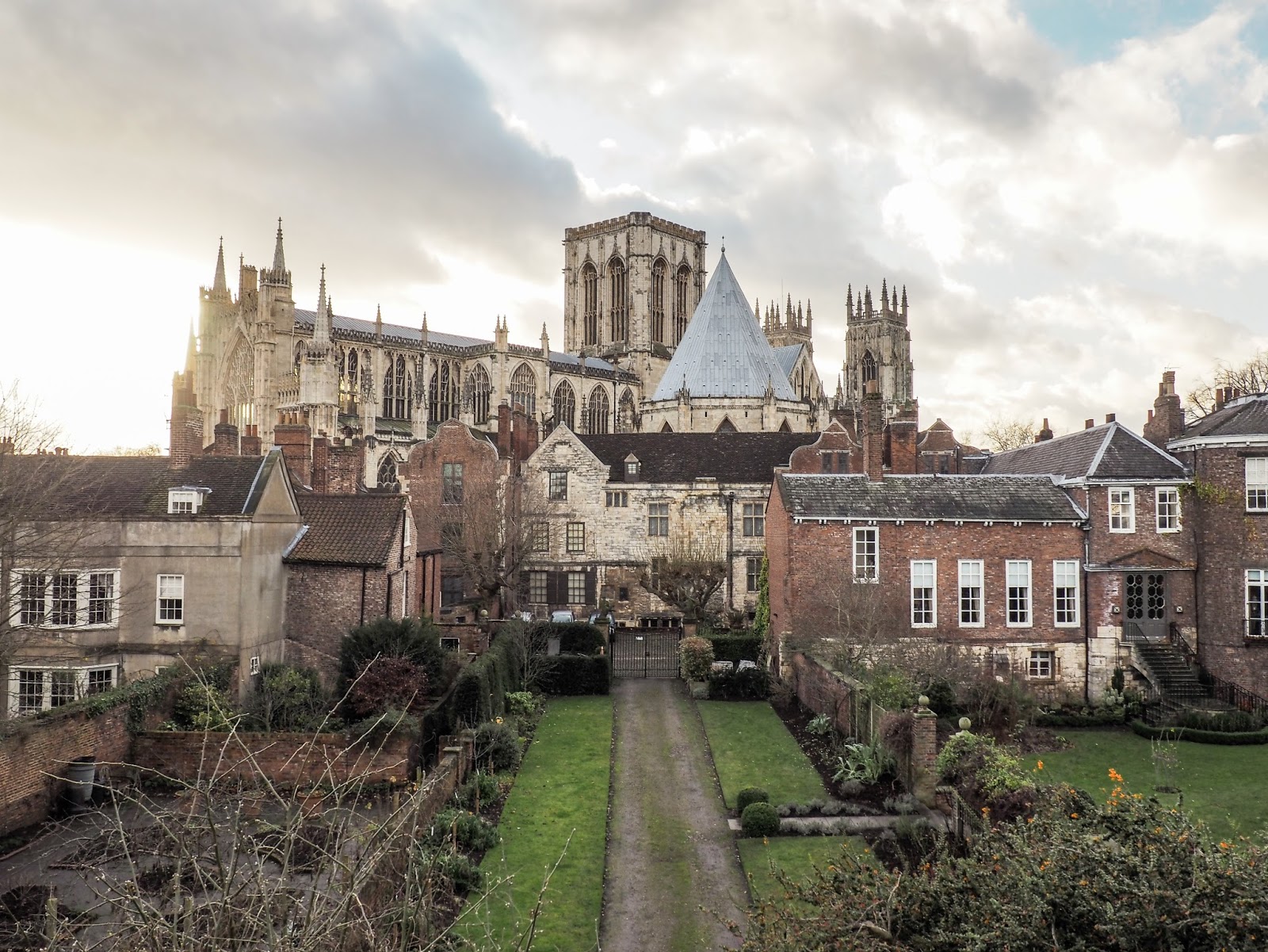 This post is long overdue as it’s officially been over half a year since my 2016 Christmas trip to the UK. There’s no shortage of posts about that trip – I’ve shared Christmas in London, a winter look, a roundup of my favorite parks in London, the hotels I stayed in England, and a some snaps from East London. Just because there’s already been somewhat of an overload of UK travel posts, however, does not mean that York doesn’t deserve its own special write-up.

York is quite literally the UK counterpart of New York (get it??) – well maybe it’s already obvious to you, but when I had an epiphany about the connection of the city names when the train made a stop at York on its way from Edinburgh to London a few years ago, I took note to visit York one day. I booked two nights in York as part of our trip and didn’t quite realize what a small city it was. We ended up spending just one full day there and were able to explore most attractions on foot. After breakfast and coffee at Spring Espresso, which was a delightful little shop that has hundreds of reviews on TripAdvisor, we made our first stop at the Shambles, perhaps the most famous old street in York. I was quite excited about this beforehand and it was definitely worth seeing, but the shortness of the street took us by surprise and we were done with it within minutes. Onto the next spot! The city was quite bustling during that day and we somehow ended across River Ouse to walk on a path leading away from the city center. It was really peaceful – we admired rowers who were fearless of the icy waters and had nice deep conversations. 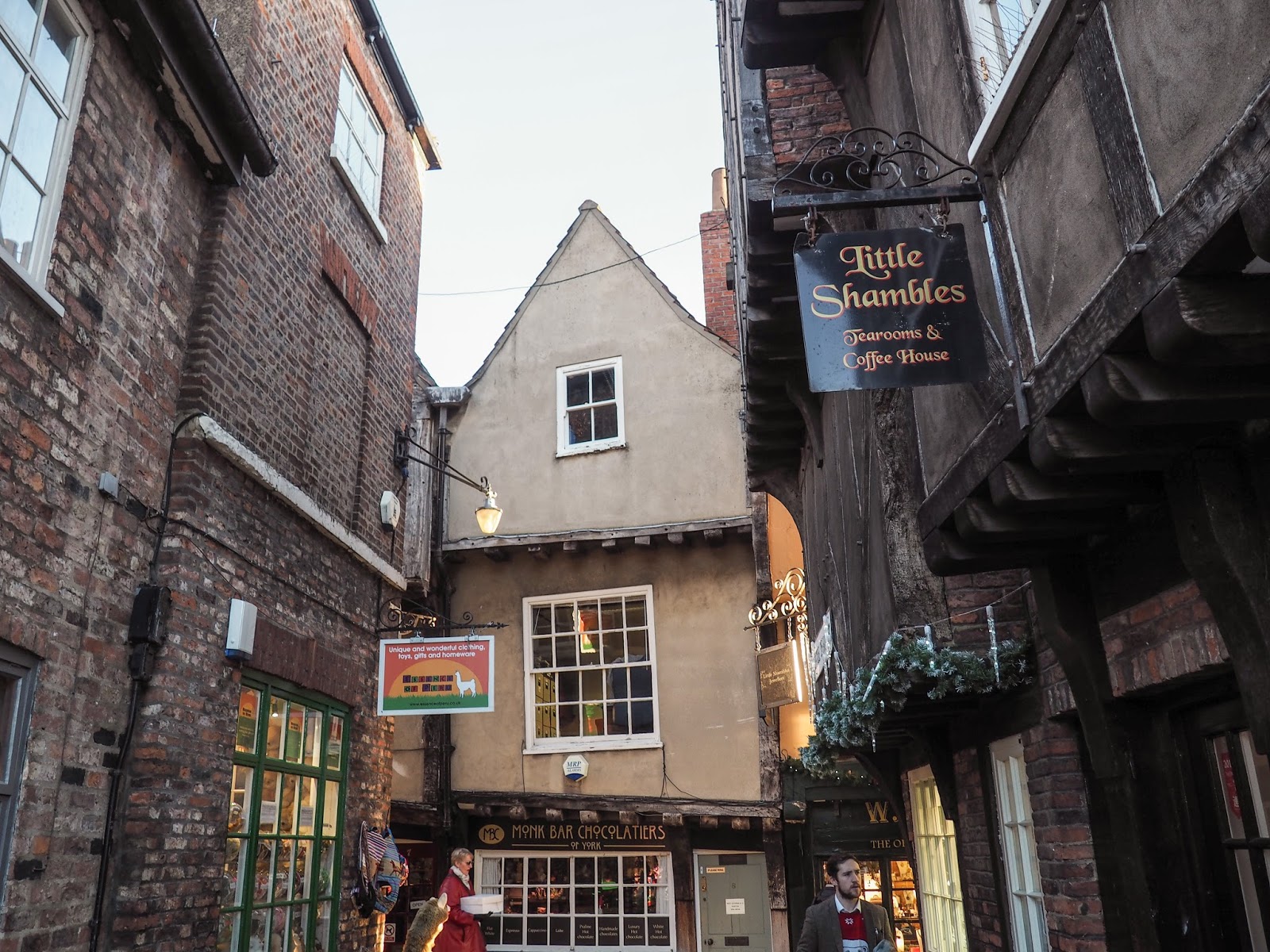 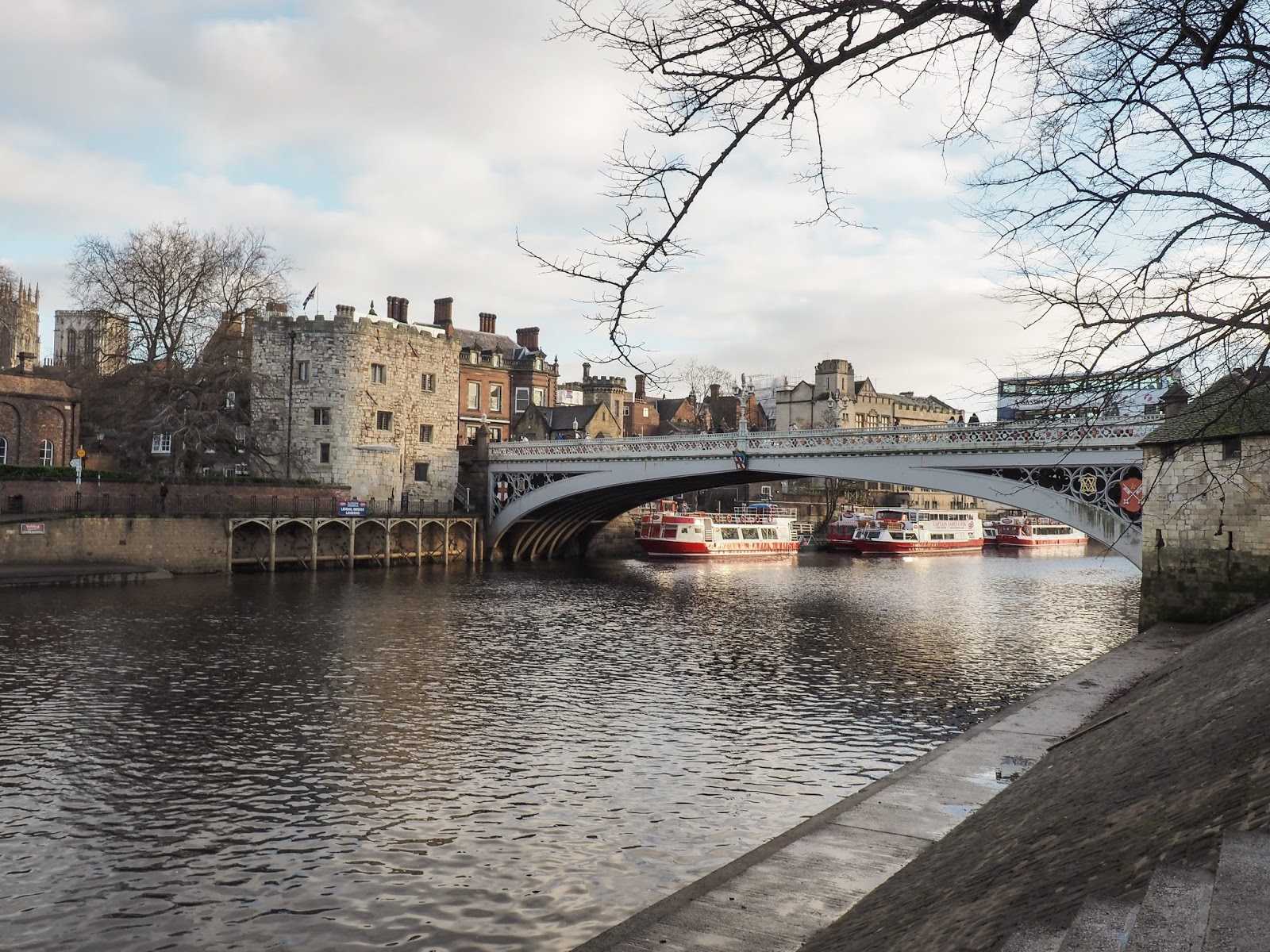 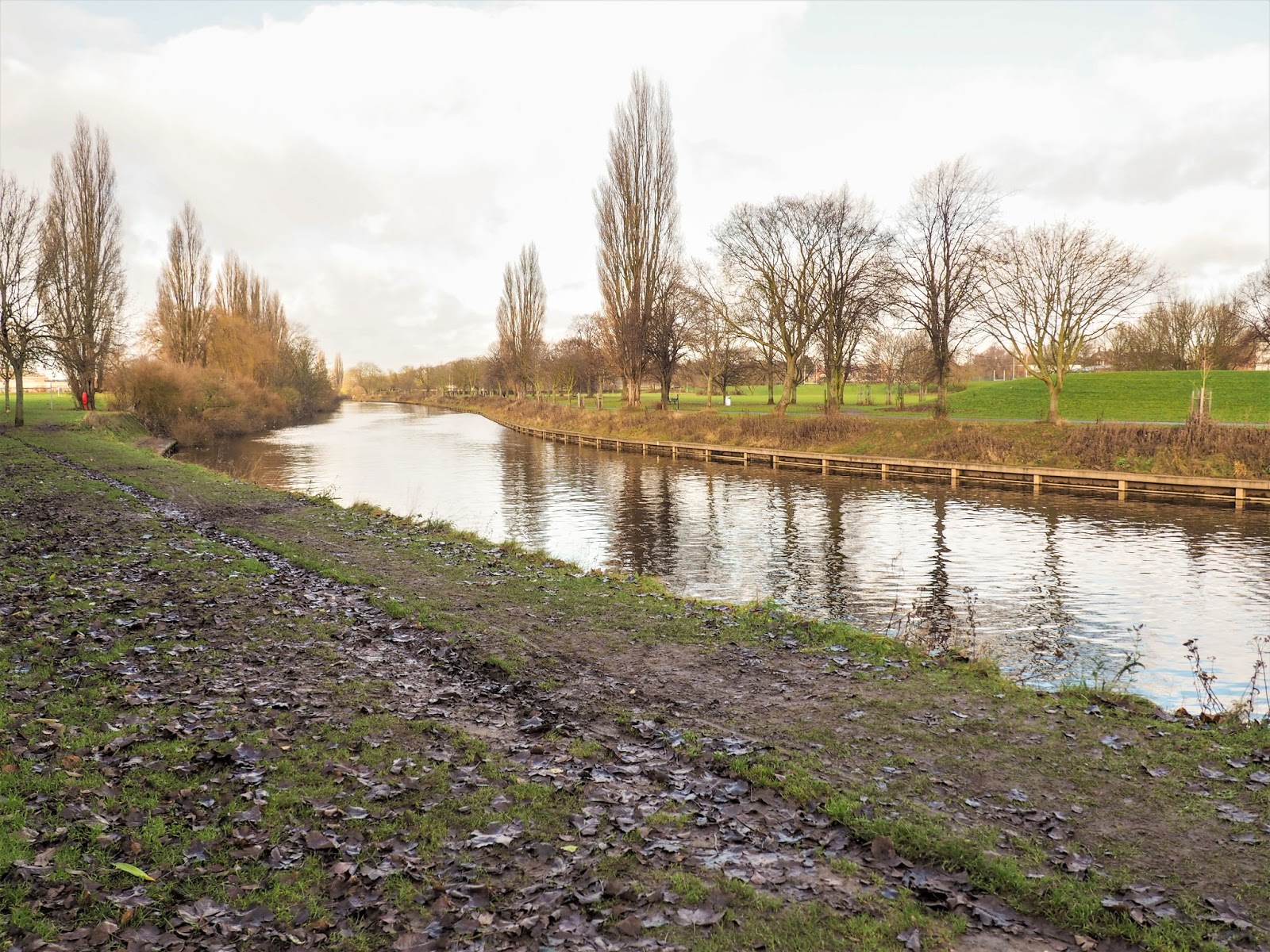 When we found ourselves a little too far out the center, we headed back down and found ourselves in Museum Gardens where St. Mary’s Abbey was situated. This is a church dating back to the 11th century and is now in beautiful ruins. This was by far my favorite sight in York. The weather just cleared up around this time and the architecture glistened in the sunlight. It was quiet and the air was crisp and writing about it now brings me right back. 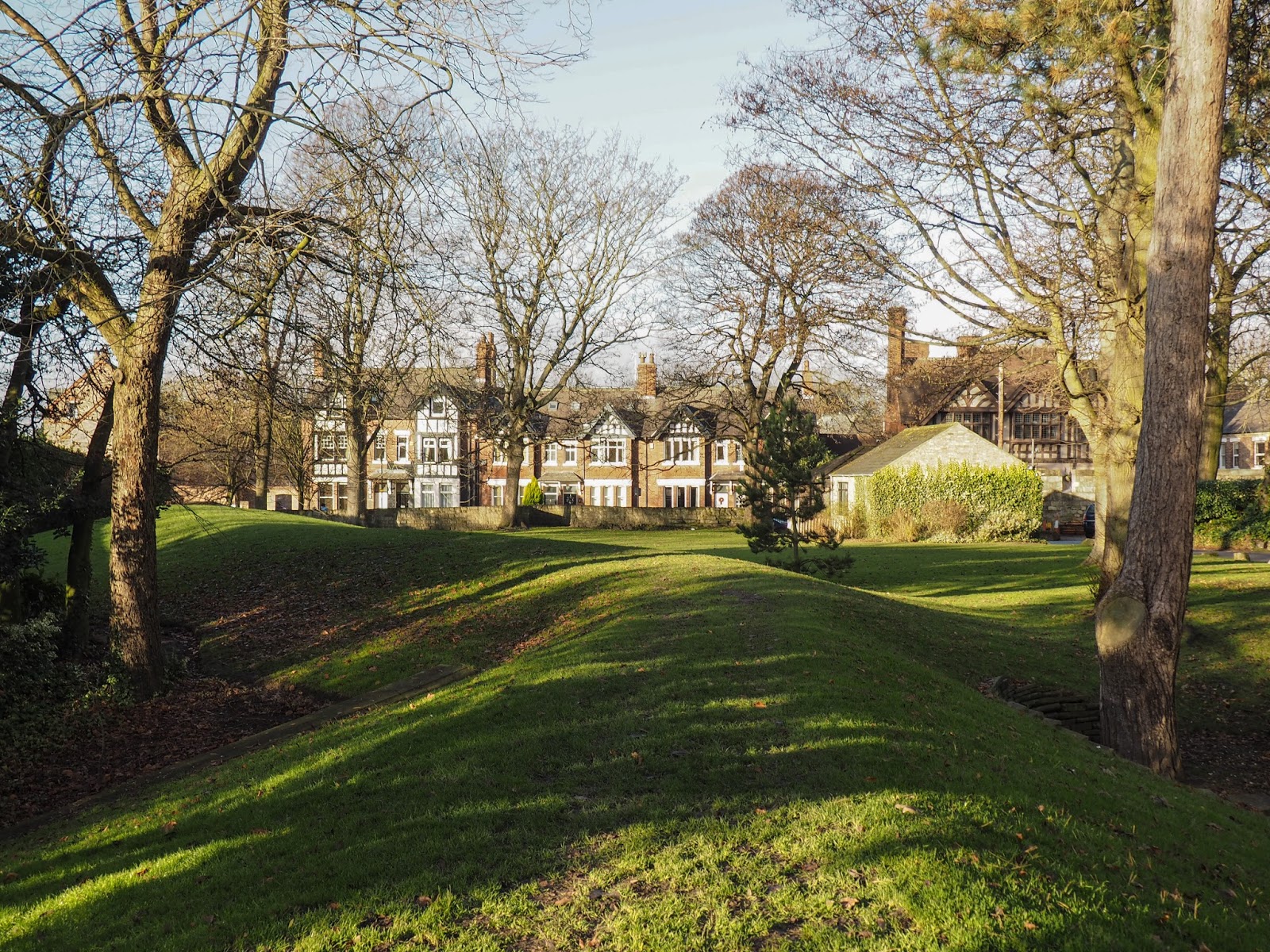 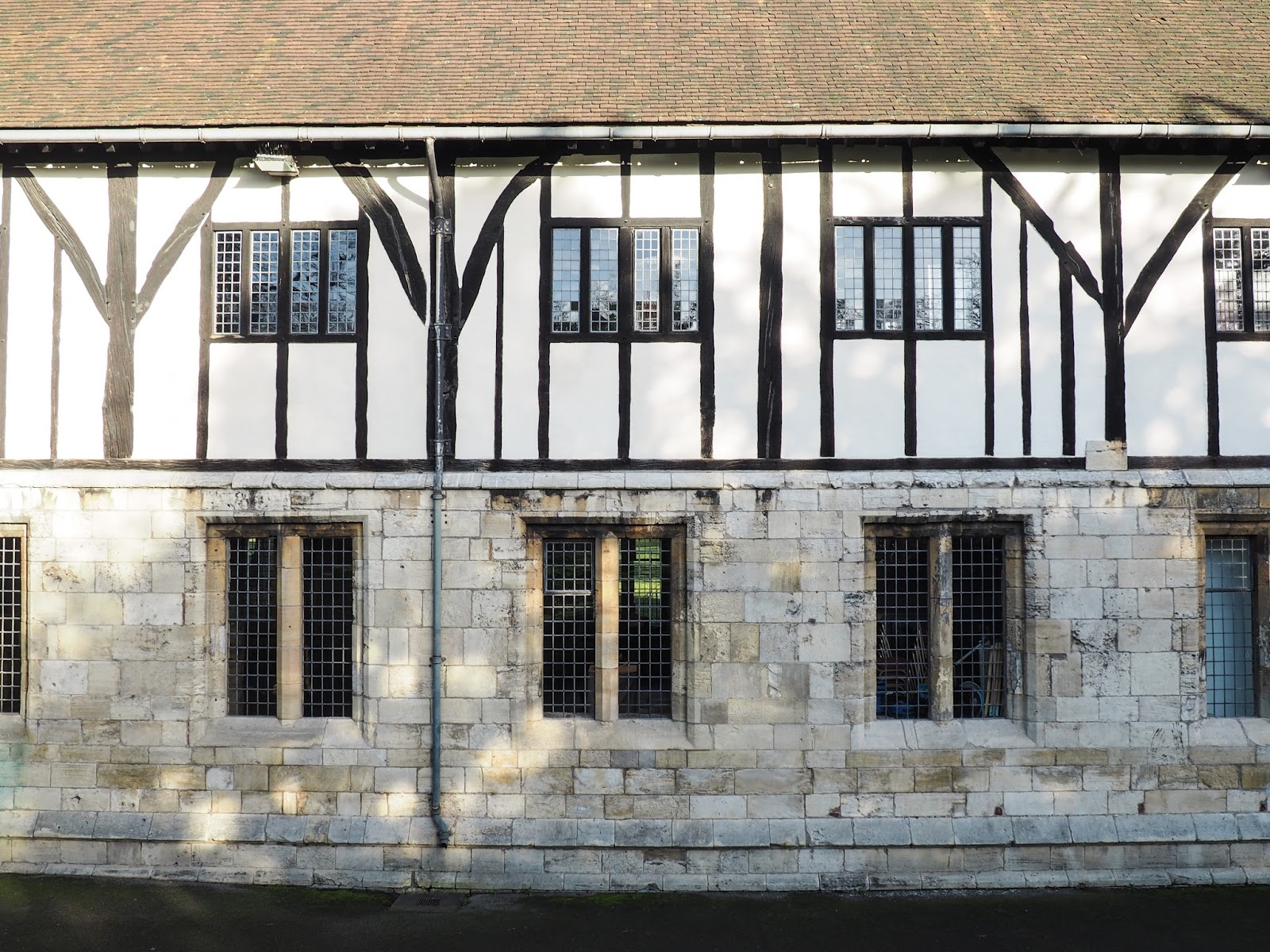 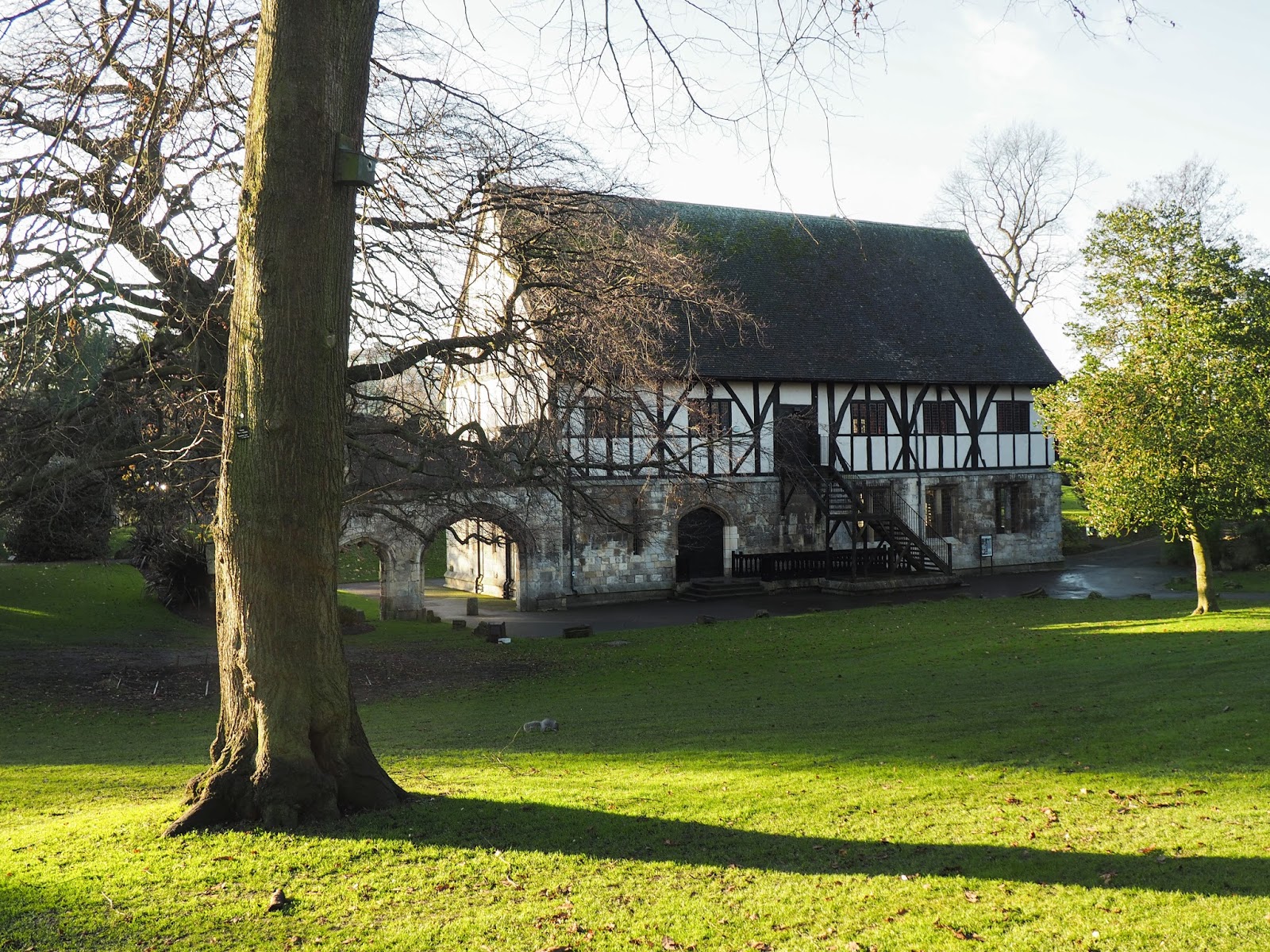 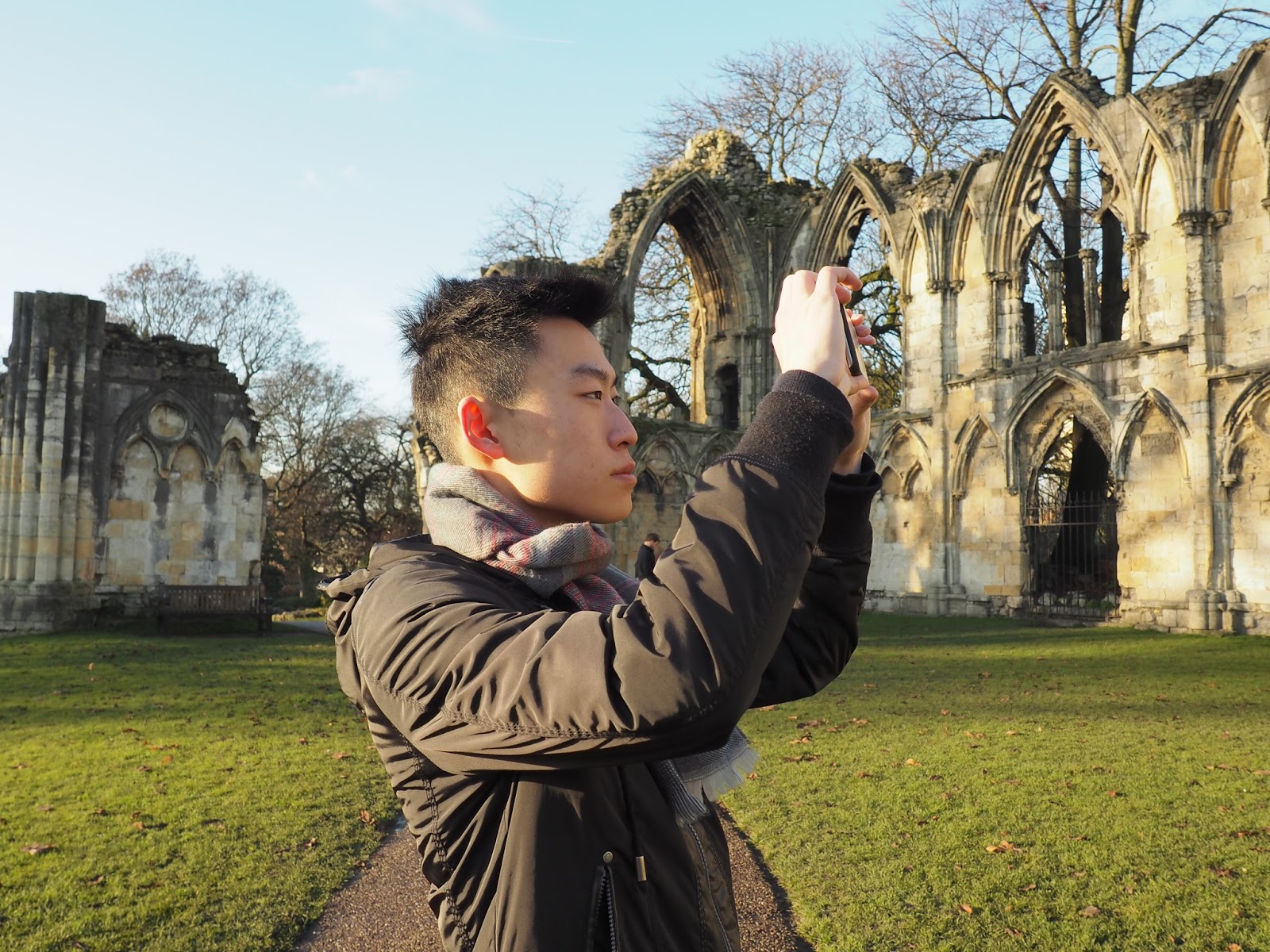 The York Minster was undeniably majestic, but admission cost 15 pounds (I think) and we didn’t feel compelled to go inside. Instead we just walked around the premises, but it wasn’t until later when we got up to the city walls that we saw the best view of the minster. York City Walls date back to the Roman times, with the original ones from as long ago as 71 AD. It goes all around the city, which again, is not very big, so walking around the whole thing would definitely be doable. As the daylight was starting to escape, we chose to walk a section of it that was supposed to have the best views. The pathway was narrow at times but really fun. I loved that we could see both sides of the city at once. 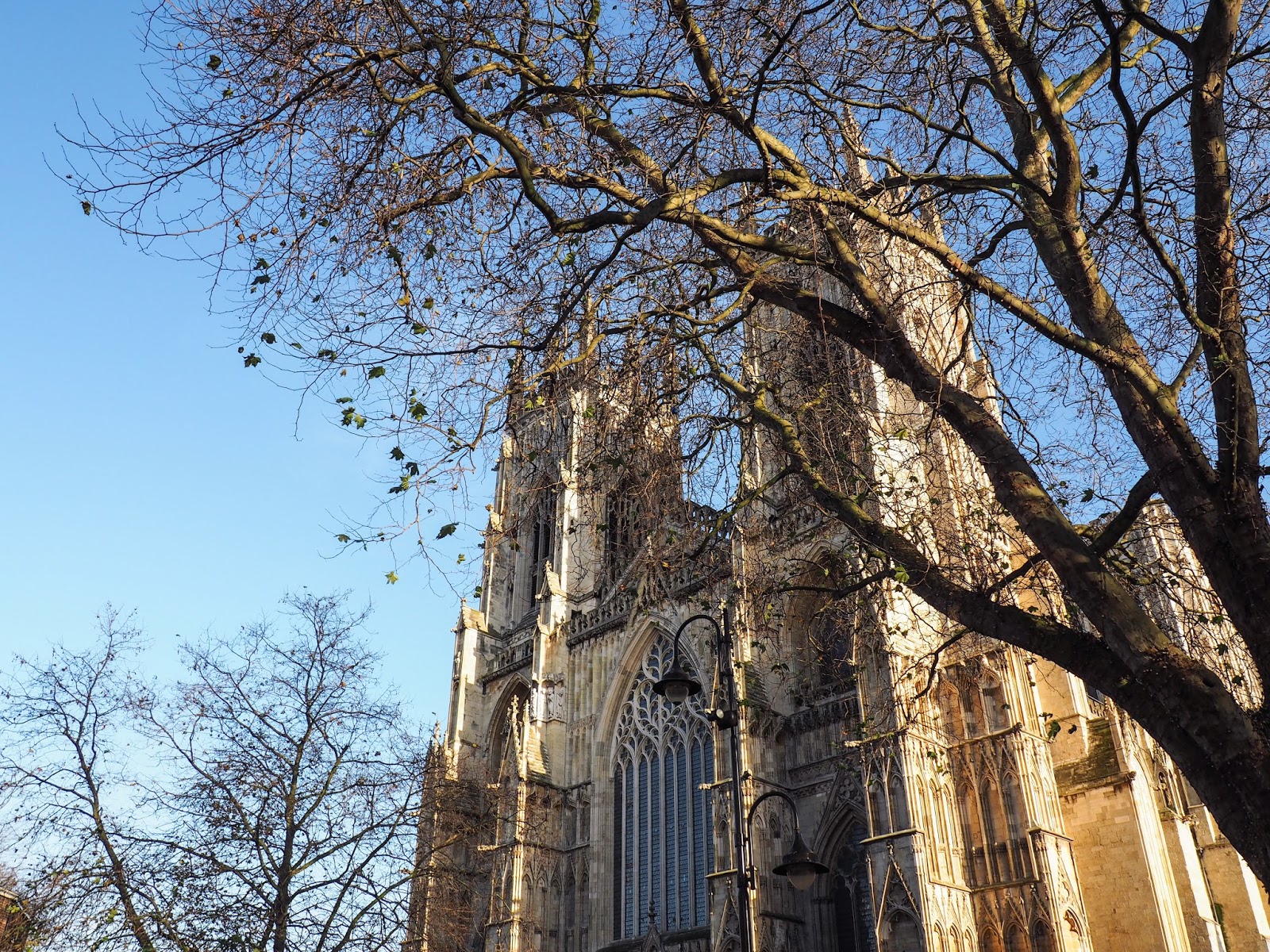 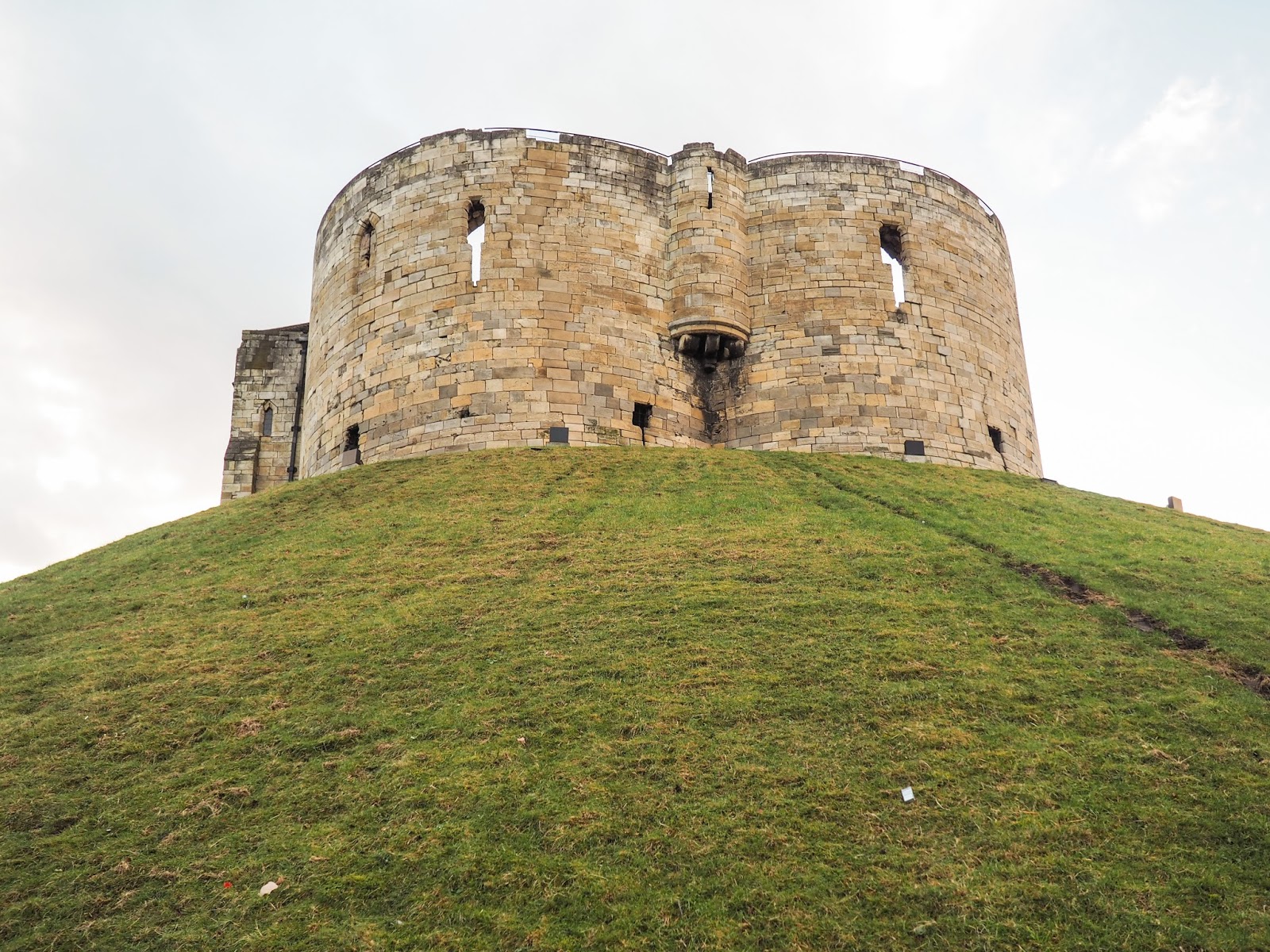 As the day winded down, we made one last stop at Clifford’s Tower. We were quite tired at this point so we just looked at it from below before hitting up a few shops and back to the hotel for a warm hearty dinner. The second day we took a 7am train and headed back to Londontown. When I tell people I went to York, a lot people ask “why? what’s there?”, to which I never quite know how to answer. It may not have been the most special and obvious place to visit, but it was a place I hadn’t been before and I was with my favorite person and it was around Christmas, so yeah, I’ll always remember it fondly. 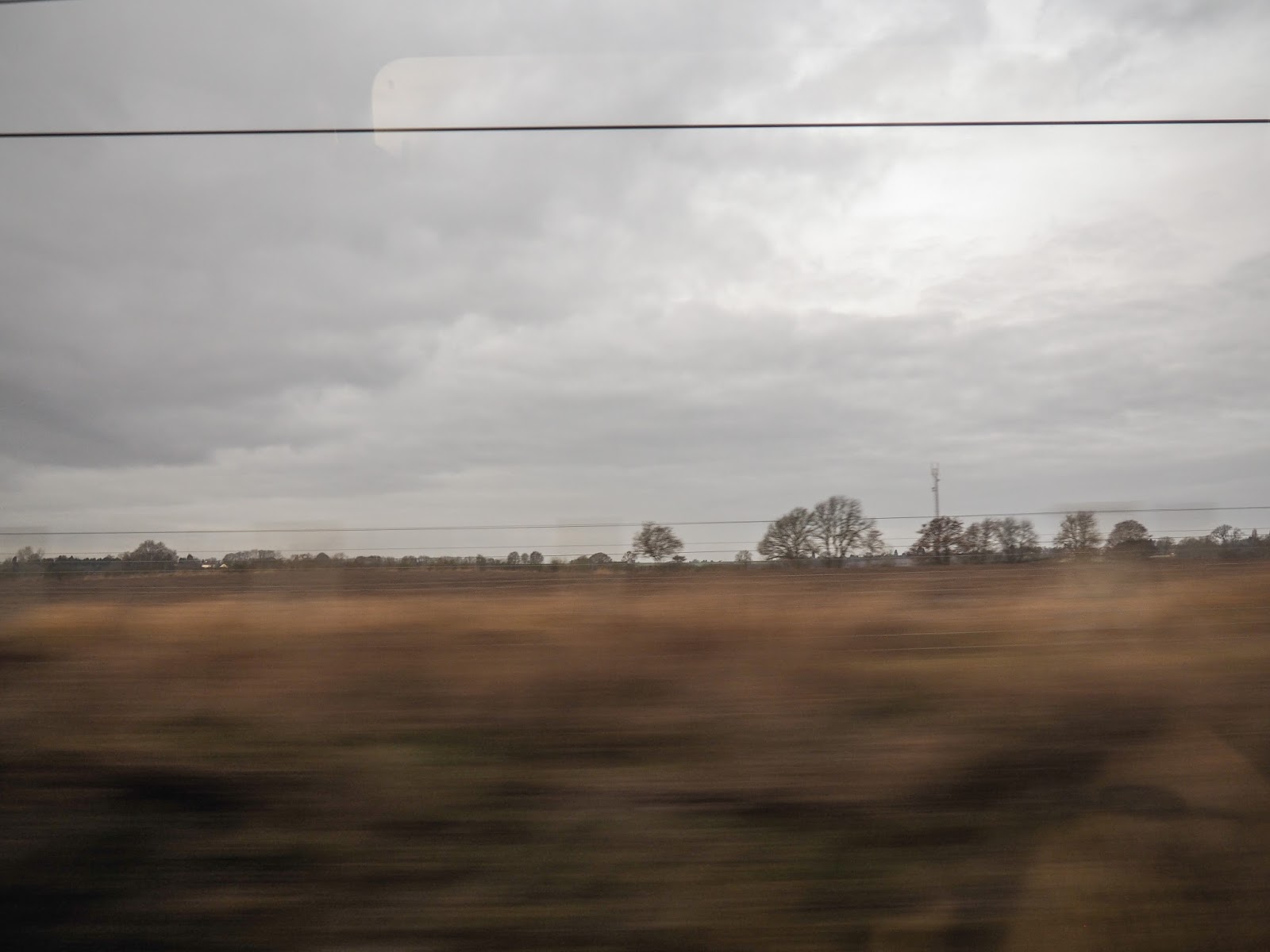