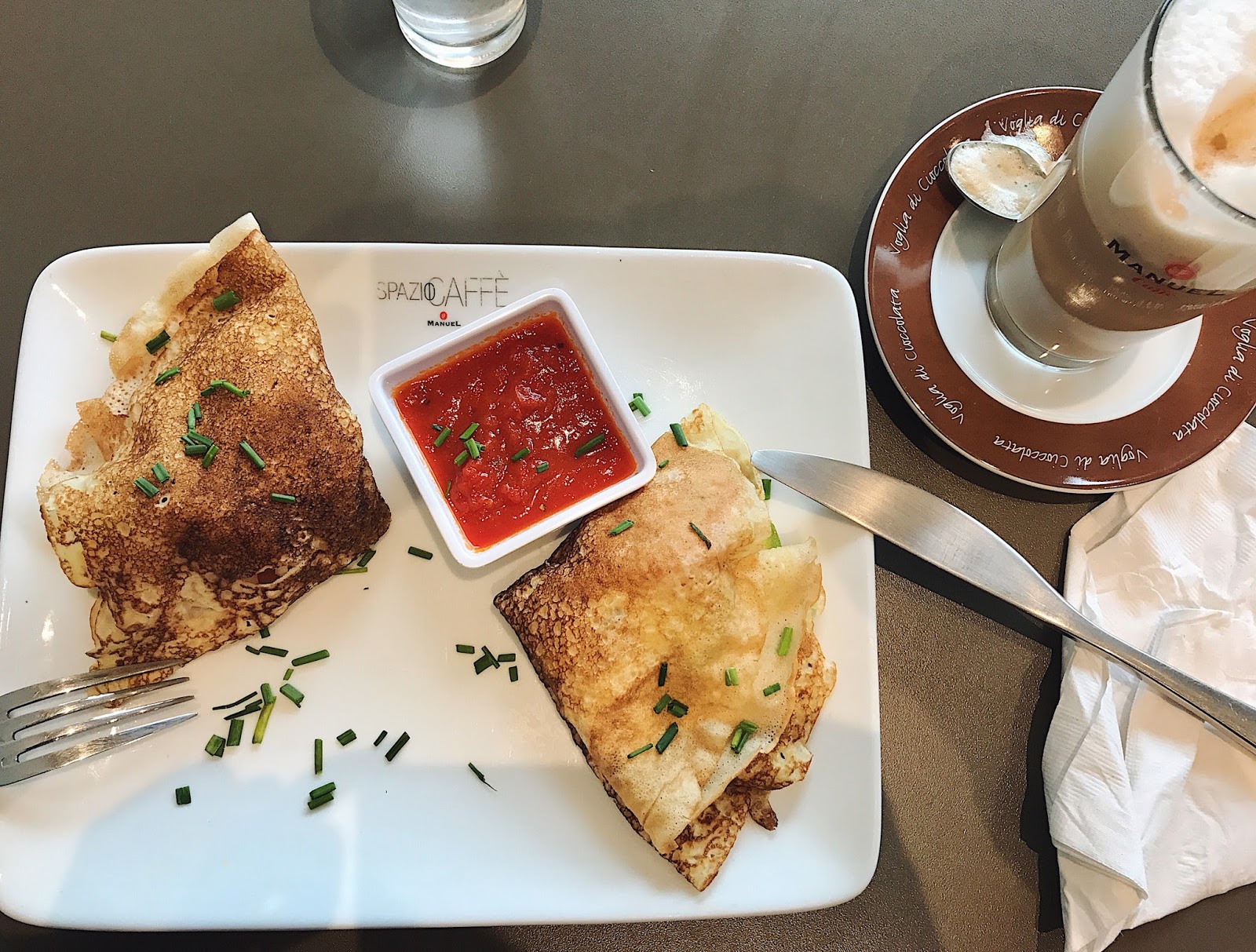 Recently the bf and I have been living pretty different schedules, so I’ve been taking advantage of waking early to get breakfast by myself, and it’s absolutely refreshing. One Sunday morning I went to Spazzio Cafe in Brentwood, makeup-free and a book in hand and enjoyed a ham and avocado crepe (they make the best crepes!) and a steamy latte. Then I spontaneously decided to drive to the beach and read on a bench in Palisades Park, overlooking the ocean and finishing up the rest of my coffee. With the fresh air, slight mist, and stunning view, I felt incredibly clear-headed and content. By the time I got home, my boyfriend was still sleeping and it was barely 10am. It was like the day hadn’t even started but I already had a good one. Needlessly to say, I highly recommend trying to get breakfast by yourself and just hanging out by yourself in general!

With that said, I wanted to share a few books I’ve read in the past few months like I did last year when I discussed books like The Bell Jar and Wild.

Born a Crime by Trevor Noah

This book was hilarious and heartbreaking at the same time, the best combination in a story. I’m a big fan of comedian autobiographies since I think comedians are some of the smartest people around (if you don’t watch Louie by Louis CK, you definitely should). Anyone who has watched the Daily Show since Trevor became the host would not deny his intelligence and charm, and that was enough to make me pick up his book. Each chapter of his story – though always personal, engaging, and hilarious – gives a lot of insight into the cultural and political atmosphere of South Africa. Similar to the movie Moonlight (read here) and the book I’m about to discuss below, Born a Crime shows that sometimes the most personal stories are the ones that are most effective in reflecting the society during a specific time or for a specific group of people.

The Remains of the Day by Kazuo Ishiguro

I picked up a used version of this book years ago because I loved Never Let Me Go by the same author (it’s also a great movie starring Andrew Garfield and Carey Mulligan. It made me bawl). I put off reading The Remains of the Day because I had the misconception that it was a war novel and those aren’t my favorites (thanks, All Quiet on the Western Front..). While the backdrop of the post-WWII era is not an unimportant element to the story, The Remains of the Day is not about war in the least. The story is told in the first person by a perfectly English butler – think subdued, classy, polite, loyal – Mr. Stevens. It takes a place over only a few days as Stevens takes a road trip away from his distinguished Darlington Hall after having served the same lord for over three decades. This is a story where the perspective really matters and stands out. Because Stevens is so restrained, the plot seems to move rather slowly in the beginning and everything is told in a rather matter-of-fact fashion. It didn’t lose my attention though, because it was elegantly written and unexpectedly funny at times. Towards the end, even though the narrative tone barely deviates from its subtlety throughout the book, the emotions escalate quickly to the point of being devastating. I had read reviews about it being a sad story, but I didn’t really understand until the very end. At the core, it’s a tale about doubting every important decision you’ve ever made in your life when it’s already much too late to change them.

A History of Western Philosophy by Bertrand Russell

This is a super dense one – 836 pages to be exact. I’m only 59 pages in but I realize that if I just read 10 pages a day, I can finish it in less than 3 months! The reason I took on this ambitious project is because I love philosophy. I took a couple courses in college and was mind-blown by them. I had a hard time reading philosophy literature at first as it required, well, a lot thinking and following along with someone else’s logic and thought exercises. But once I got the hang of it, I found it thrilling. Sadly two courses was all I ever got to take and I felt the need to continue learning by myself. I chose this particular book to hope to paint a more complete picture of the history of philosophy in my head and fill in the holes in my existing knowledge. The author doesn’t spend much time on each philosopher or time period, but it’s enough to pique my interest so now I’ll have a better idea of whose ideas I want to learn more about.

Do you have any book recommendations?