I’m currently sitting in front of a window at Newark Airport listening to calming music in order to drown out the inescapable hustling noise that comes with airports, because guess what, my flight has been delayed 3 HOURS. My unwillingness to accept the my bad luck and the fact that the delay is the exact same length as the time difference between NYC and LA caused much confusion and dismay, but I’ve accepted it because after all, this was one of the best trips I’ve ever been and I won’t let a small hiccup stop me from remembering it that way.

My desire to travel by myself has been sporadically spiking for a couple of years now. Whenever I wanted to escape from reality but had no one to go on adventures with, I wished I had the courage to just buy a ticket anywhere to jet off. Yet I never did until now. 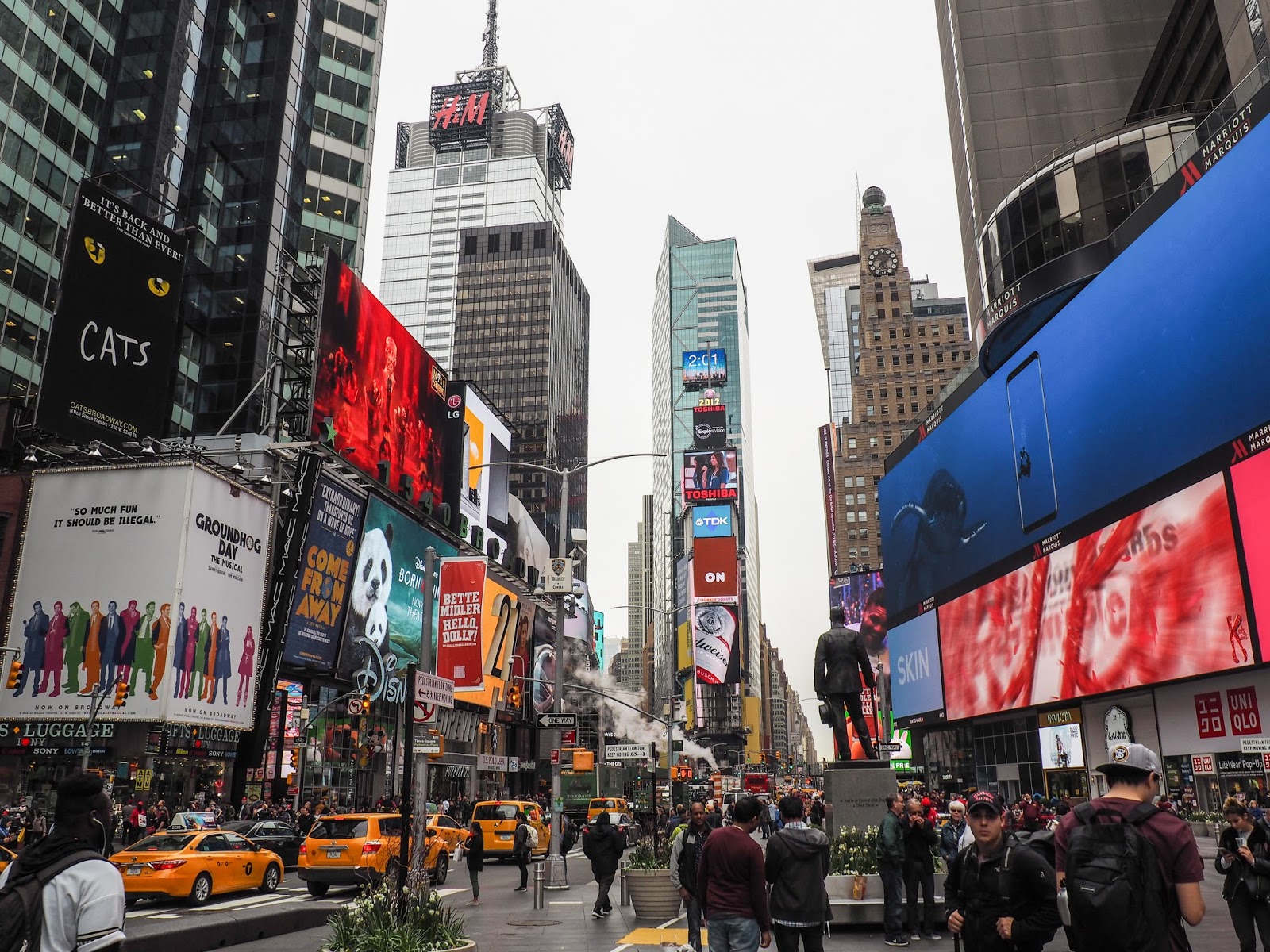 I came to NYC this time mostly to visit my best friend, who kept telling me to visit even before she moved across the country. I kept saying “yes I will”, totally meaning to abide by my word yet never setting a date. So one day in March I thought enough was enough. Nothing was stopping me from coming, so I just went for it. This wasn’t too ambitious at all for a first solo trip – I had friends to see and it’s a city in the same country that I’ve visited a number of times already. However, it was still extremely liberating. That feeling I got when I said bye to my friends and stepped outside right in the middle of Manhattan was indescribable. I felt freedom like never before – I could go anywhere, do anything, at any time in one of the greatest cities on earth, and so I did:

This was actually the third day of my trip but the first day of my solo adventures. I met up with a couple friends from middle school (from 12 years ago!) whom I haven’t seen in at least 5 years. It was a very surreal experience. After lunch, we parted ways at Grand Central Station and I proceeded to the one and only Times Square. Even though I was determined to discover areas outside of Midtown, I just couldn’t pay a visit to the big apple without stepping foot on Times Square. It may be touristy, but its energy is magnetic and unmatched. I sat on the steps in the middle for a while soaking it allll in. After a while, I walked passed Rockefeller Center onto Fifth Avenue, window shopping my way to Central Park. I spent a while in Bergdorf Goodman and sat outside the Plaza Hotel, feeling like I’m at the center of the world. At this time it started drizzling a bit so I slipped into the hotel instead of continuing on to the park. I had never been inside The Plaza before and it was magnificent. I headed down to the food hall where I had a slice of matcha mille crepe cake by Lady M – delicious. Thankfully the rain stopped, so I resumed my plan and took a long walk in the park. After Central Park, I made my way to the High Line, a 1.45-mile long urban park that used to be a rail way. There are great views in every direction. I walked through most of it before coming down for a walk through Greenwich Village. I really enjoyed how quaint the Village was. I walked into a few shops like Sandro and Maje, taking snaps here and there. When it came time for dinner, I had a choice of ordering food or getting take out, but I opted to eat by myself at a sit down restaurant for the first time ever. Of course I’d eaten by myself in public before, but always out of necessity and practicality, never for enjoyment. It was quite an exciting first for me. 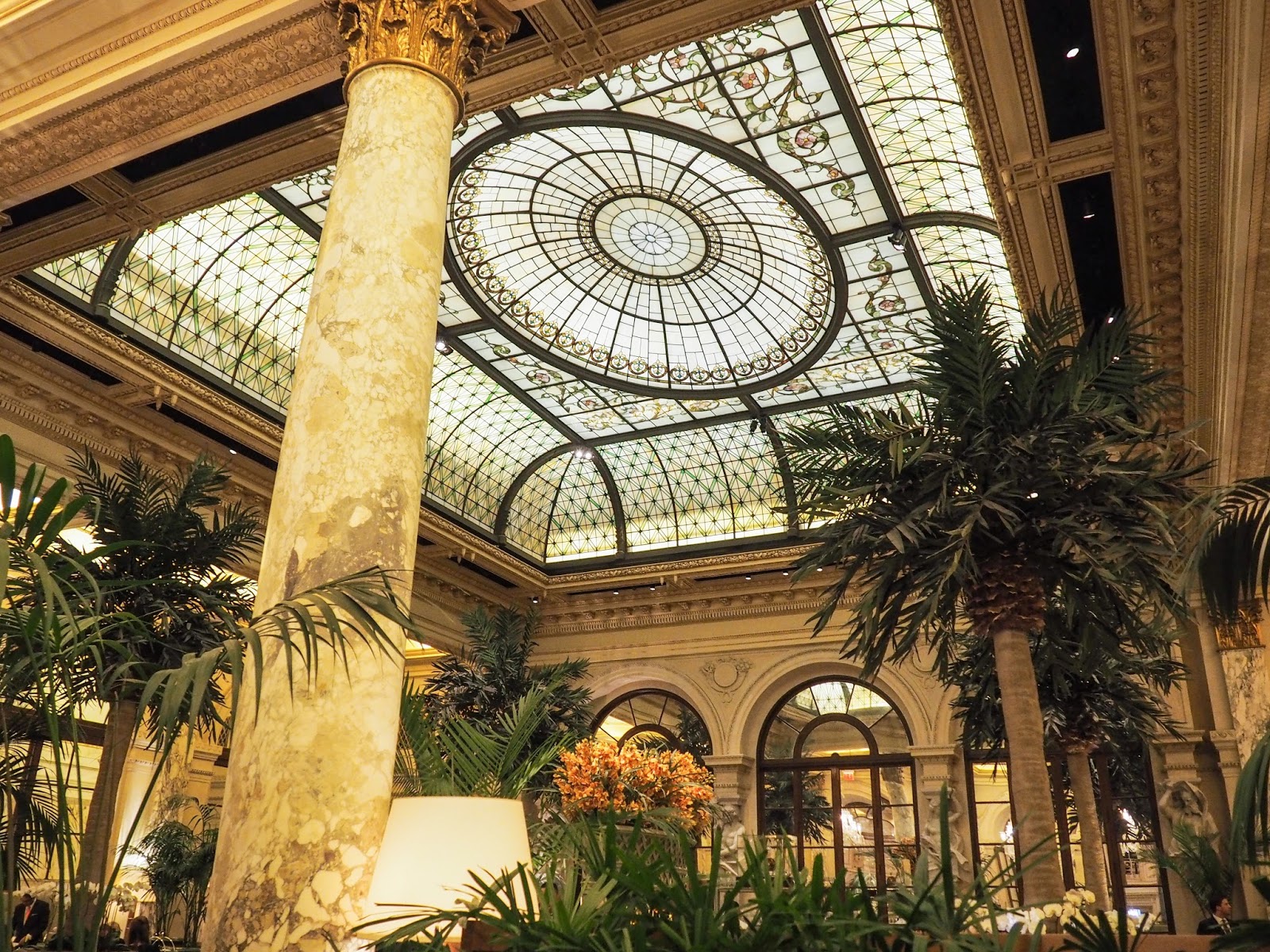 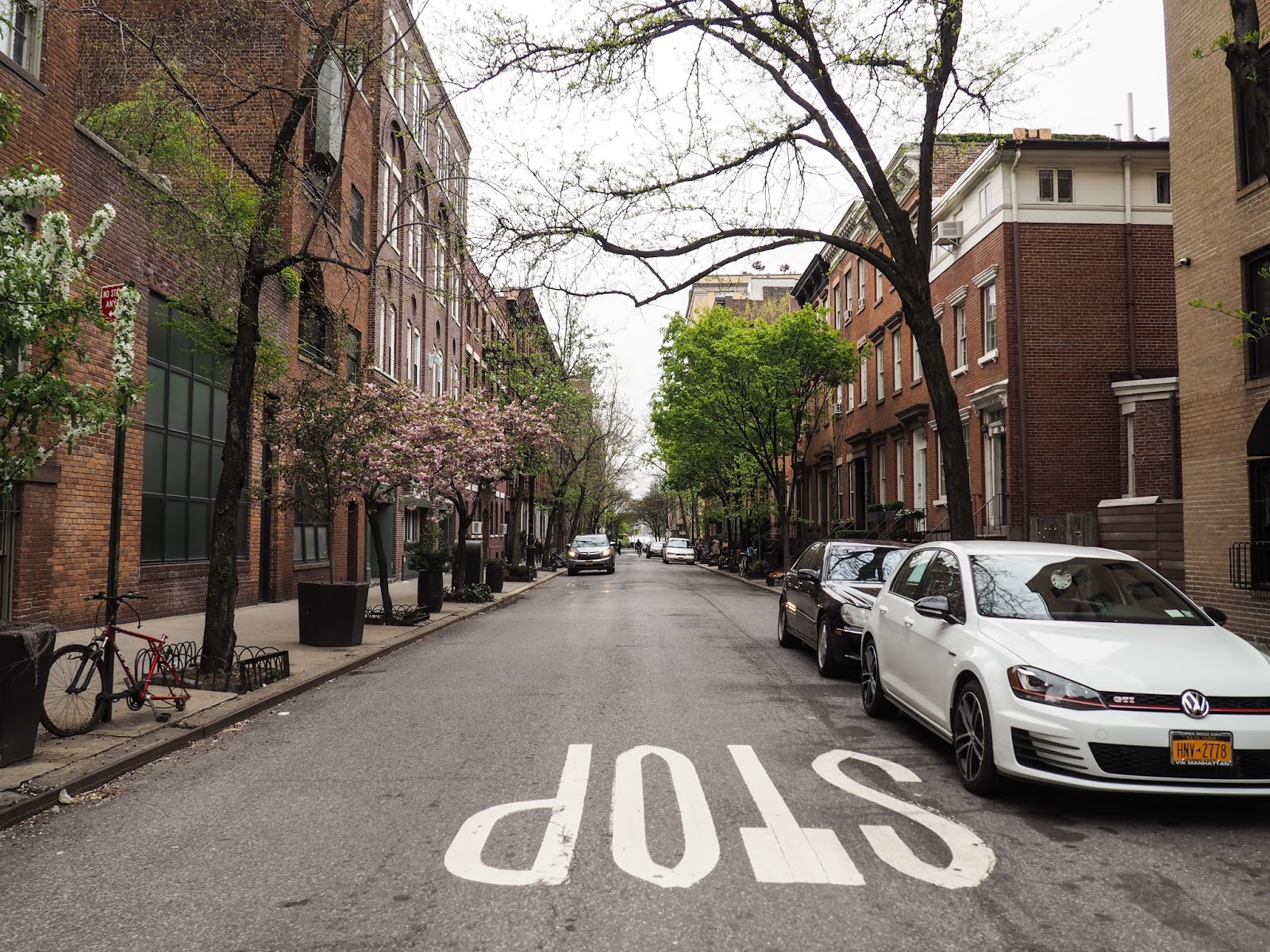 This is already my departure day but I still had a few hours (plus 3 it turned out..!) to spare so I stayed close to my hotel and explored Soho. First order of business – brunch. I trekked a little less than a mile and arrived at a brunch hot spot called Jack’s Wife Freda. There was a line but since I was alone, I grabbed a seat at the bar right away. Yay! I’m starting to be a big fan of eating alone. I ordered their breakfast bowl with some duck bacon on the side. The food did not disappoint and the place deserves all the praise it gets. For the rest of my time, I took it easy and browsed some shops – Bloomingdale’s, Aritzia, Chanel, etc. I kind of wanted to pick out something nice to remember this trip by but nothing (affordable) caught my eye. It was okay though because the stores were really pretty and not crowded at all. I loved walking around blending in with the locals. Someone even asked me for directions and I knew the answer! 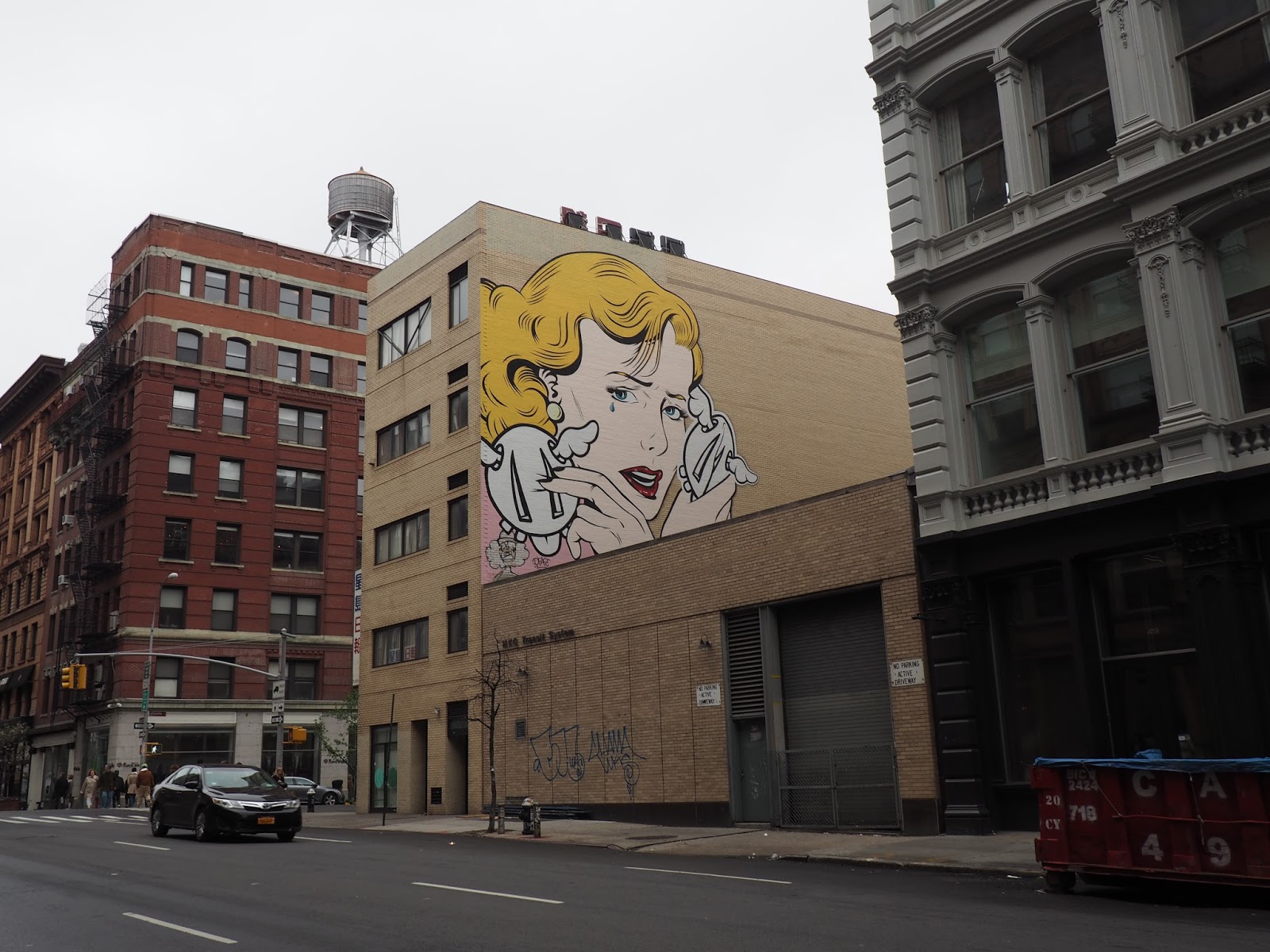 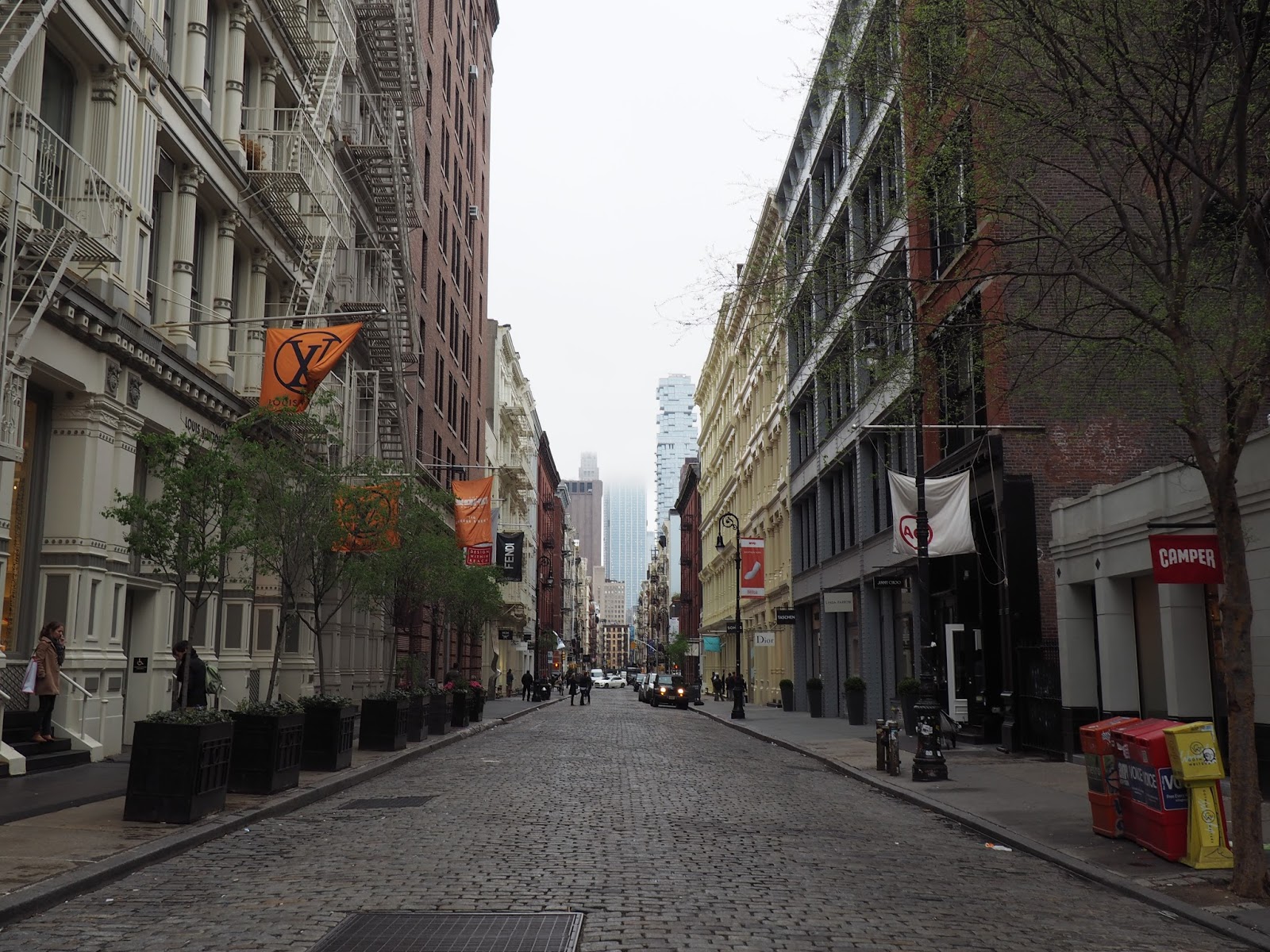 All good things come to an end. Though the ending of this trip is dragging on and on, I couldn’t be happier with how everything turned out. This trip was definitely the turning point I needed to feel comfortable traveling alone. Who knows where I’ll go next time?