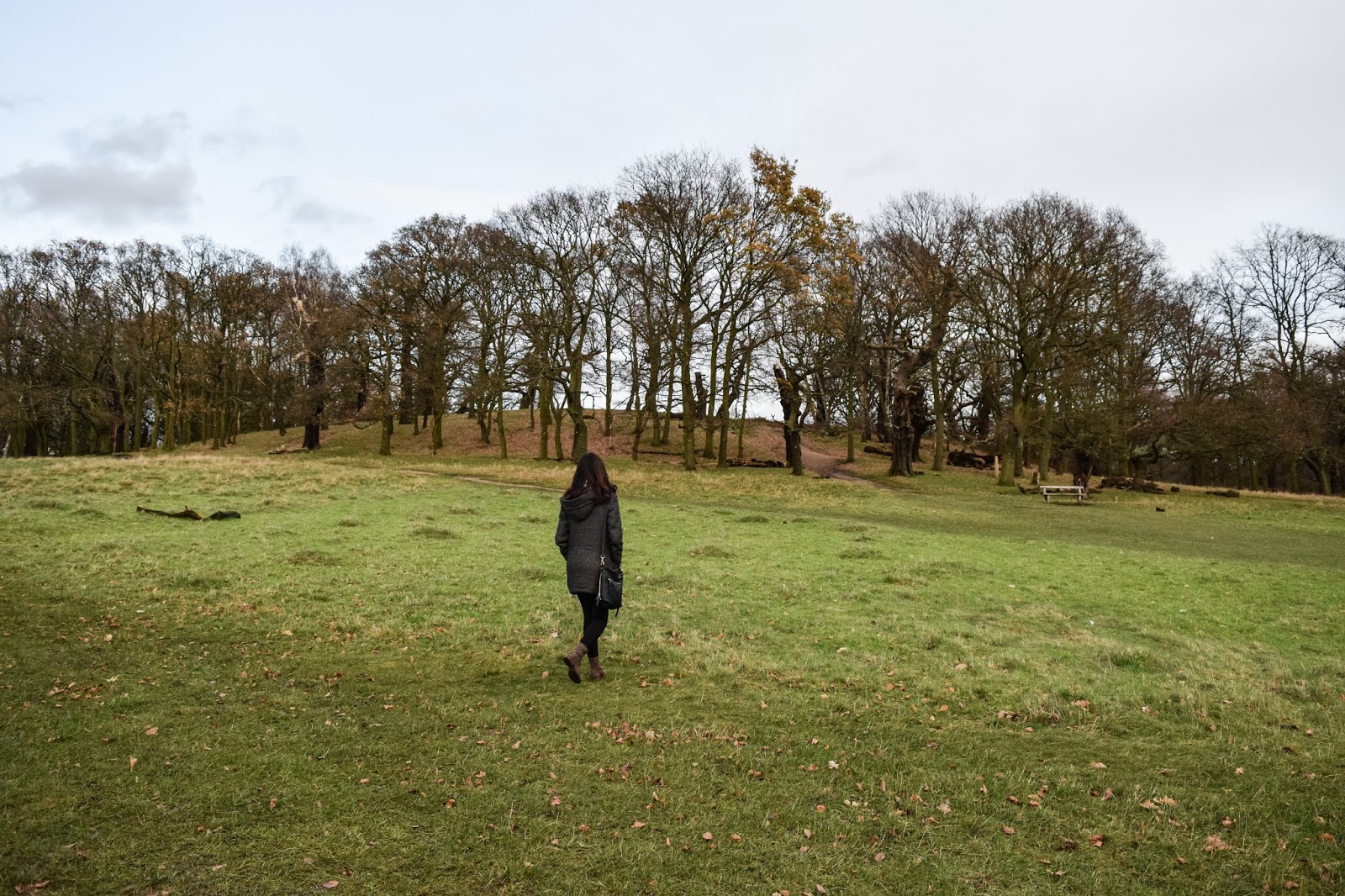 When you think of London, probably at least some of these things will pop into your mind: Big Ben, double-decker buses, Buckingham Palace, the London Eye, the Underground… All these things do a fine job representing London, but to me, one of the absolute best things about the city is its parks. Despite being an extremely tight-quartered metropolitan city, London has green spaces of various sizes that used to be royal hunting grounds or private gardens for residents that later opened to the public. They are magical slices of heaven that immediately block out the bustle and noise of city life. These are a a few that I’ve been to and of which I could find some photo evidence:

Regent’s Park is hands down my favorite space in London. It’s over 400 acres of greenness complete with rose gardens, a boating lake, soccer fields and a zoo. I could, and have, spent hours walking in it. In fact, we eagerly made it our first destination during our recent trip. It was cold and foggy and the hours of walking and jetlag drained our energy for the remainder of the day, but it was worth it. Adjacent to Regent’s Park on the north side is Primrose Hill, an area I wasn’t aware of until my recent visit. A short stroll up the hill allows you to see London’s skyline on a sunny day. We made our way up early morning on the sunniest day of our trip. The air was crisp, the grass was dewy, and the atmosphere was golden from the sun – definitely one of the most memorable moments I’ve had in London. 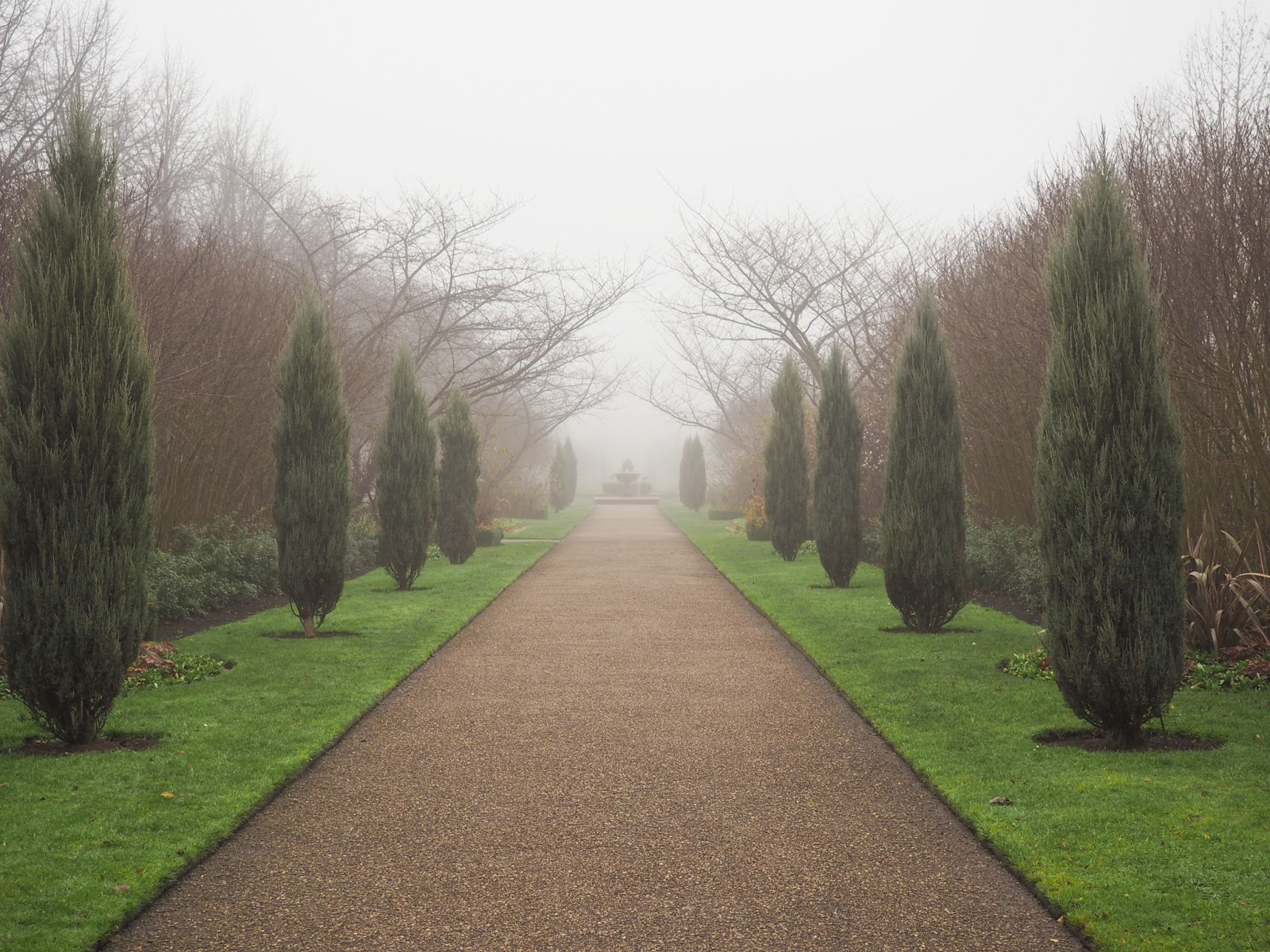 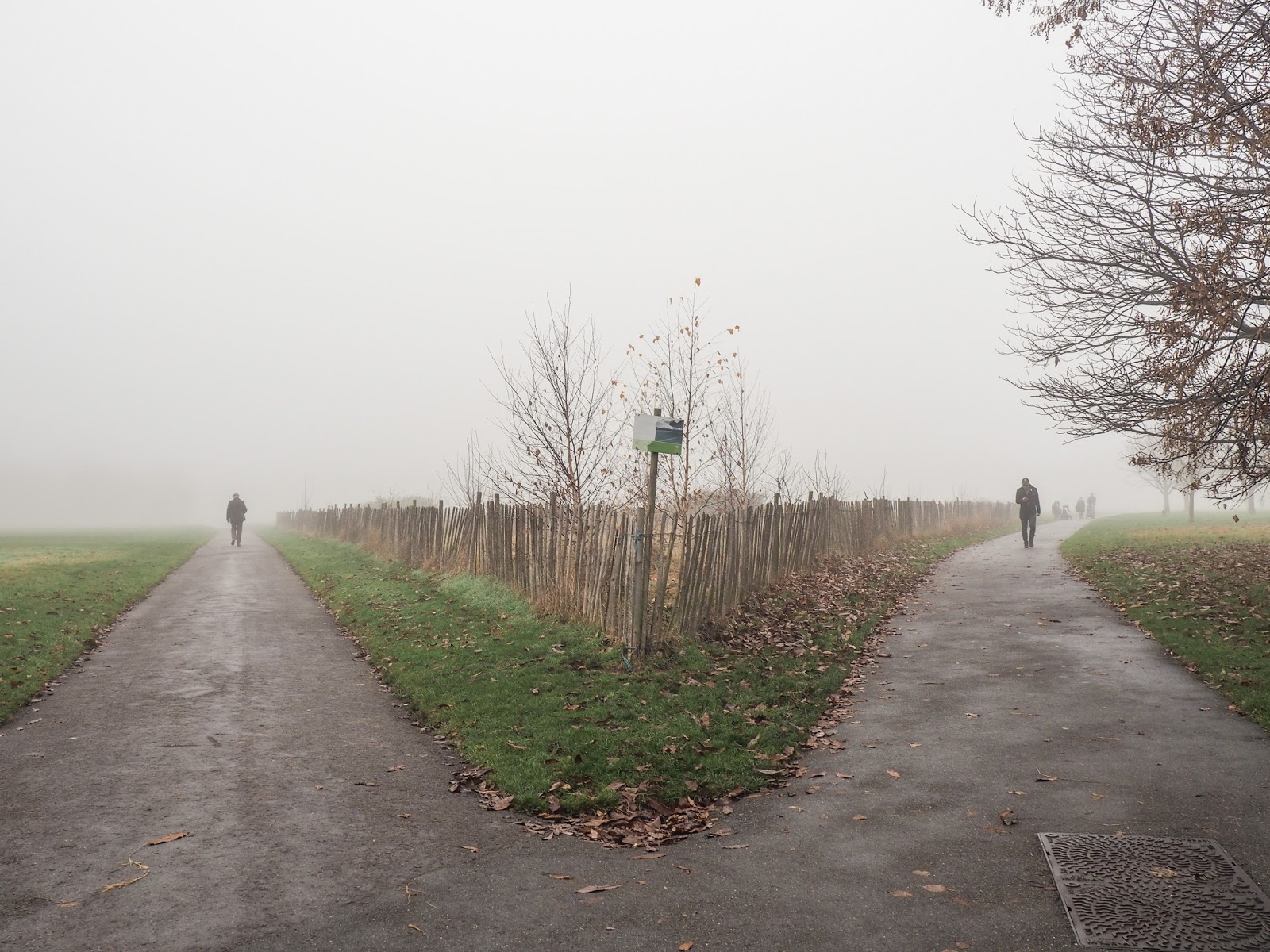 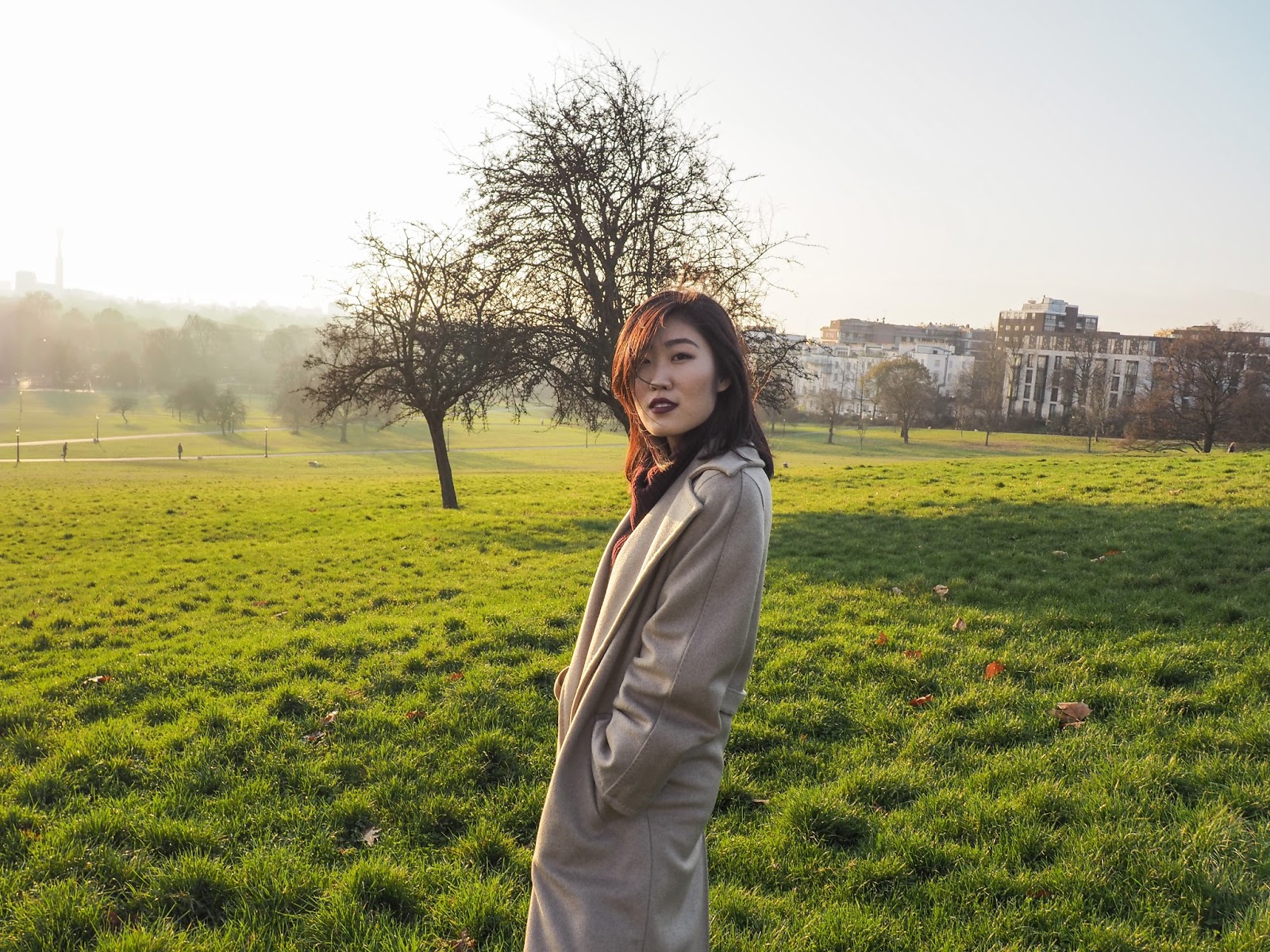 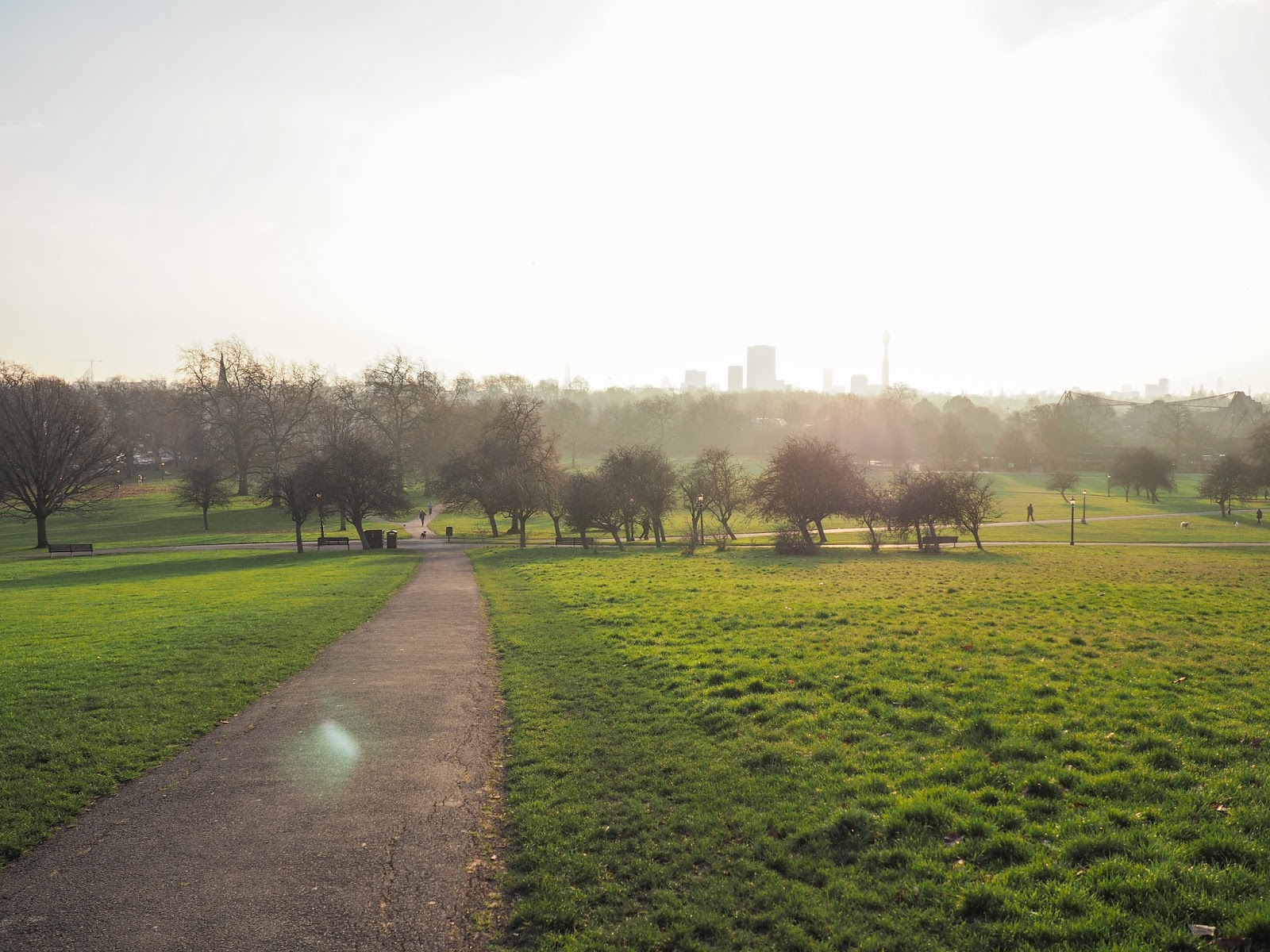 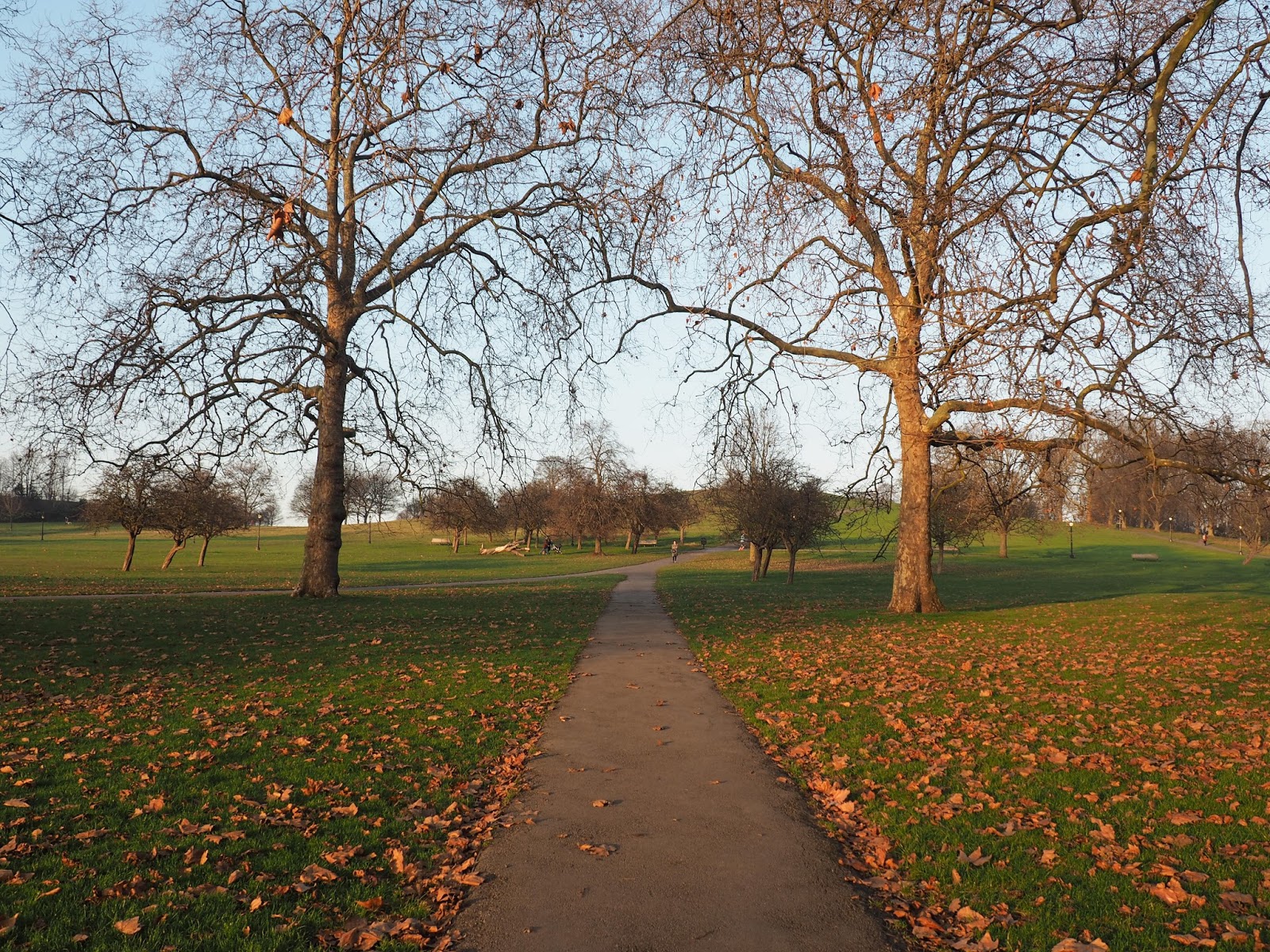 Hyde Park is more vibrant and touristy than Regent’s Park, but serene nonetheless. Its northeast corner connects to Oxford St., so walking into the park often provided me with much relief from the crowd. It’s two completely different worlds just steps away from each other. Hyde Park is fun and full of energy all year round, but around Christmas it becomes synonymous with London’s biggest Christmas market Winter Wonderland (Read about Christmas in London here). Kensington Gardens is connected to Hyde Park so it’s natural to visit both at the same time. Some of my favorite memories in these parks include having afternoon tea with my best friend at The Orangery and going on a peddle boat afterwards. I also enjoy watching the swans – they’re really not all that elegant up close! 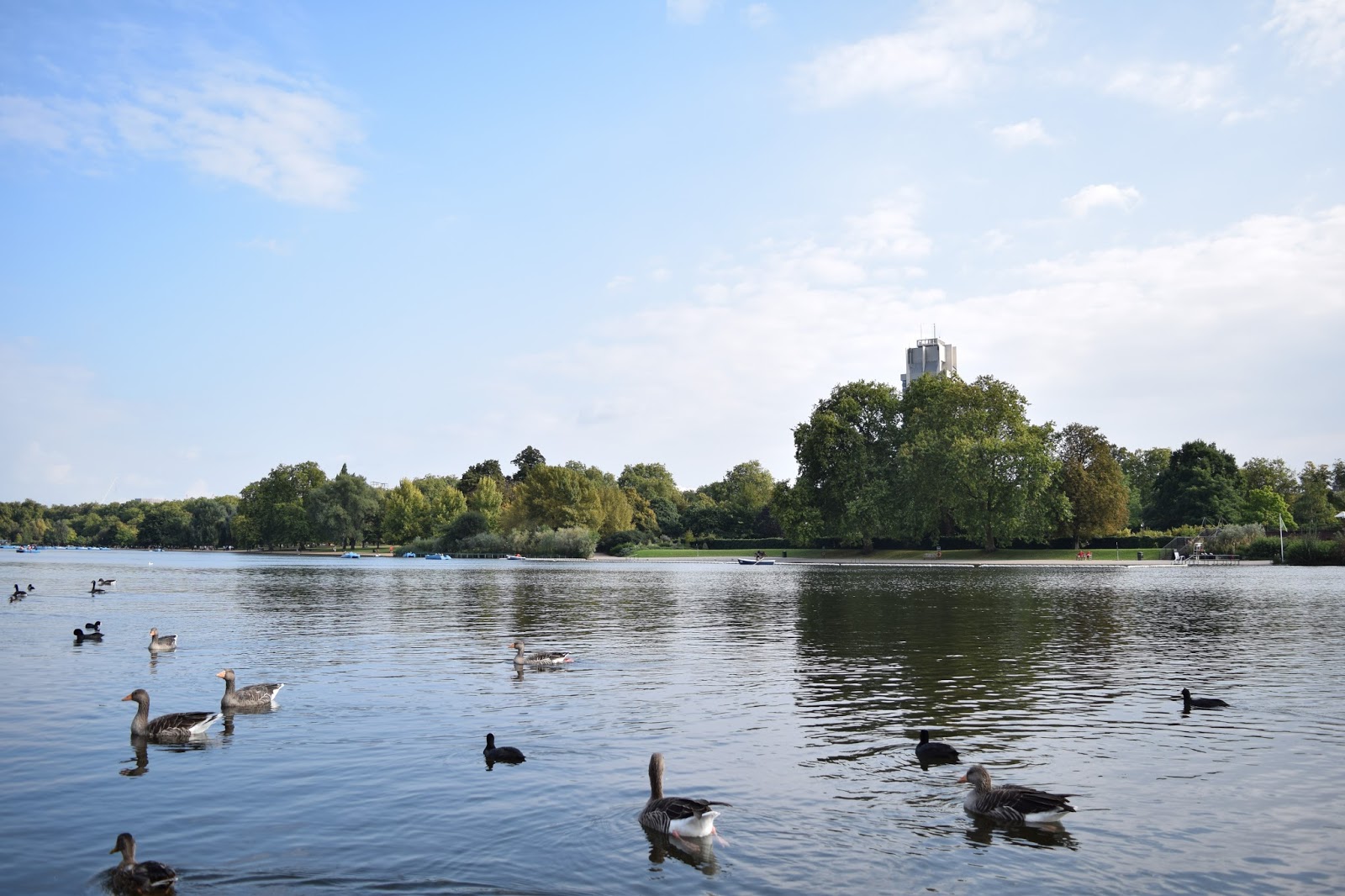 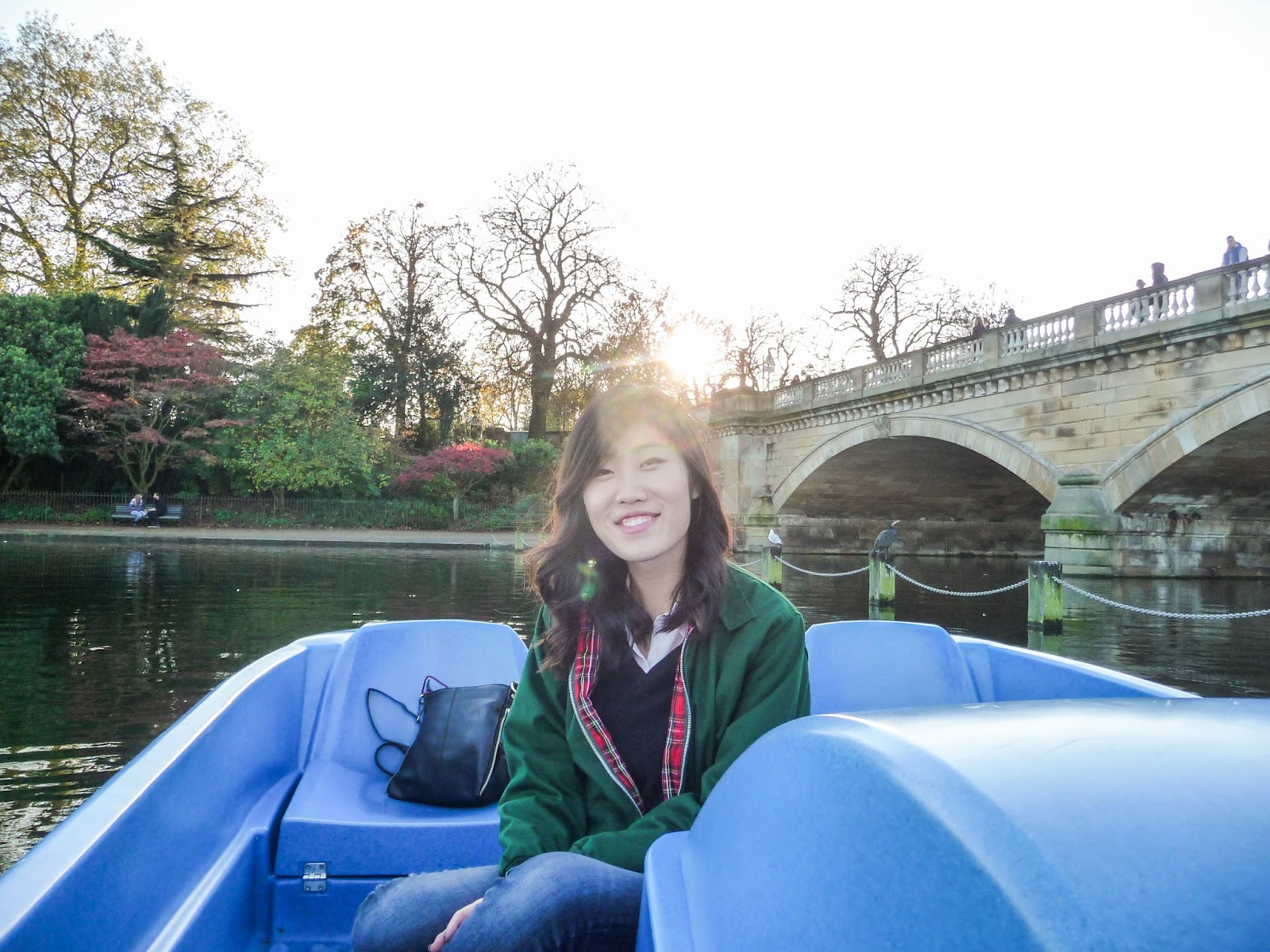 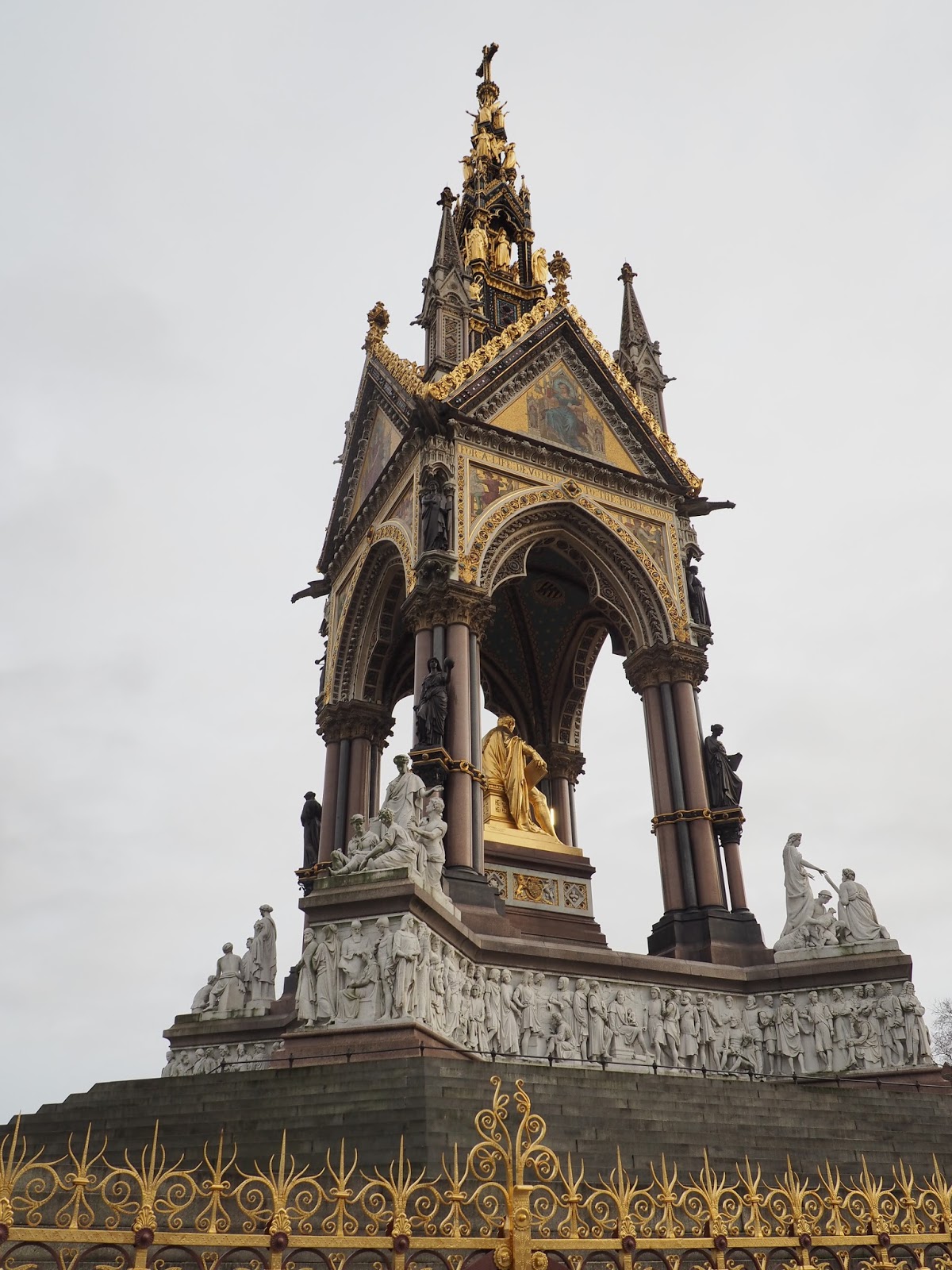 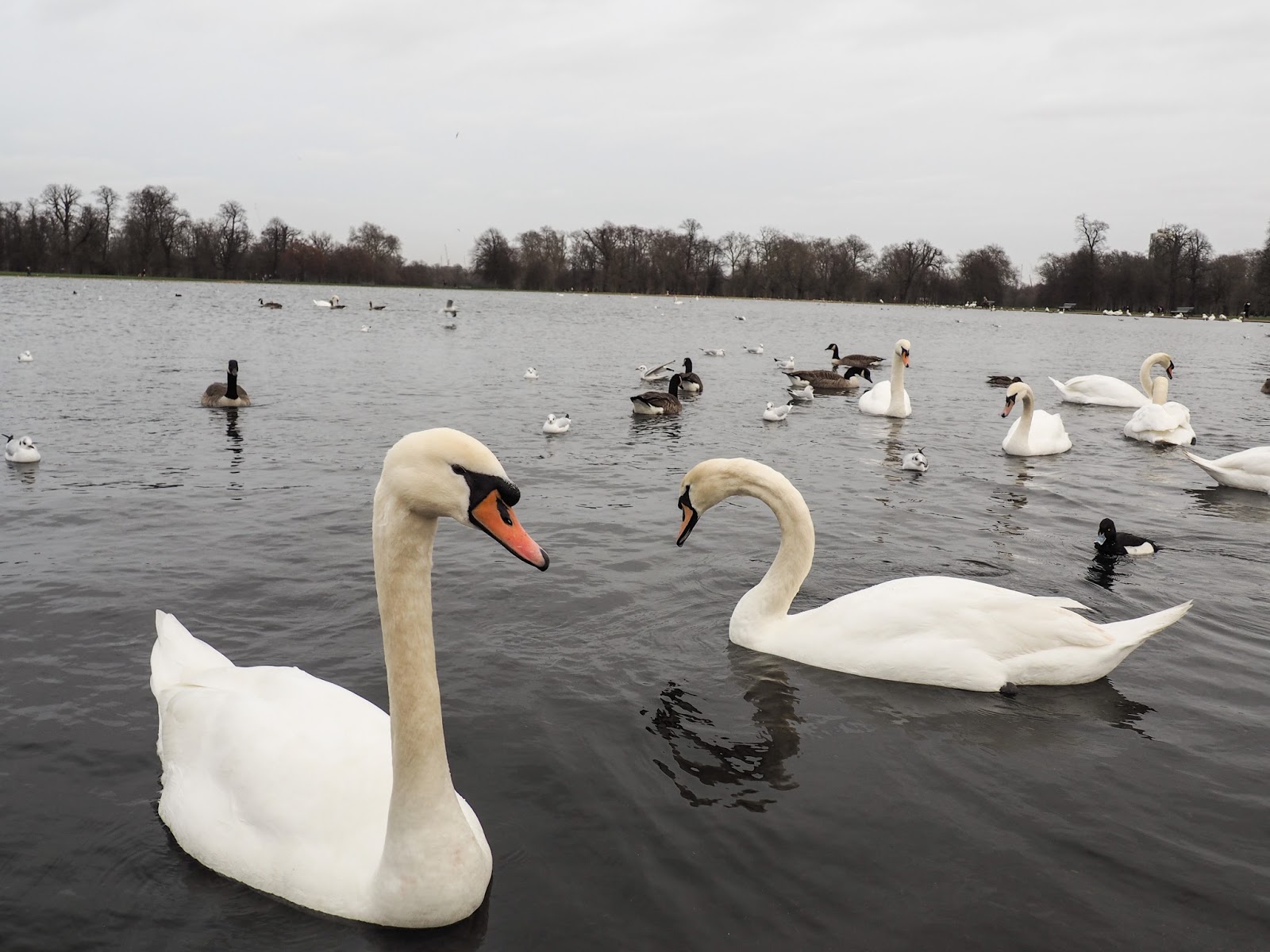 This is another gem in London that somehow slipped under my radar during my first few visits, perhaps because of its location in a more residential area just a bit south of Notting Hill. It’s an affluent and quiet neighborhood and thus much less touristy. We took a small uphill path called Holland Walk to enter the park and it was already as nice as the park itself. 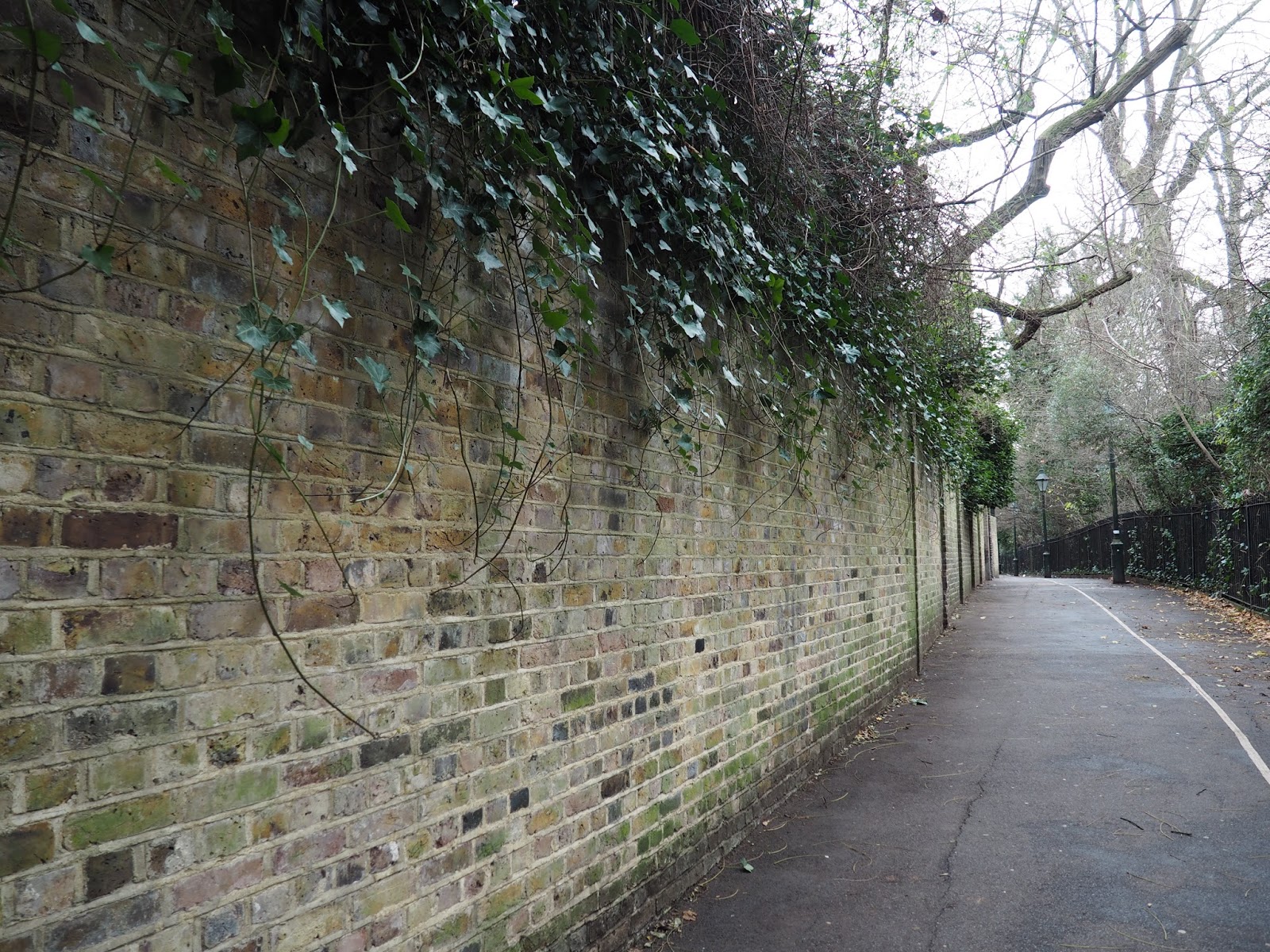 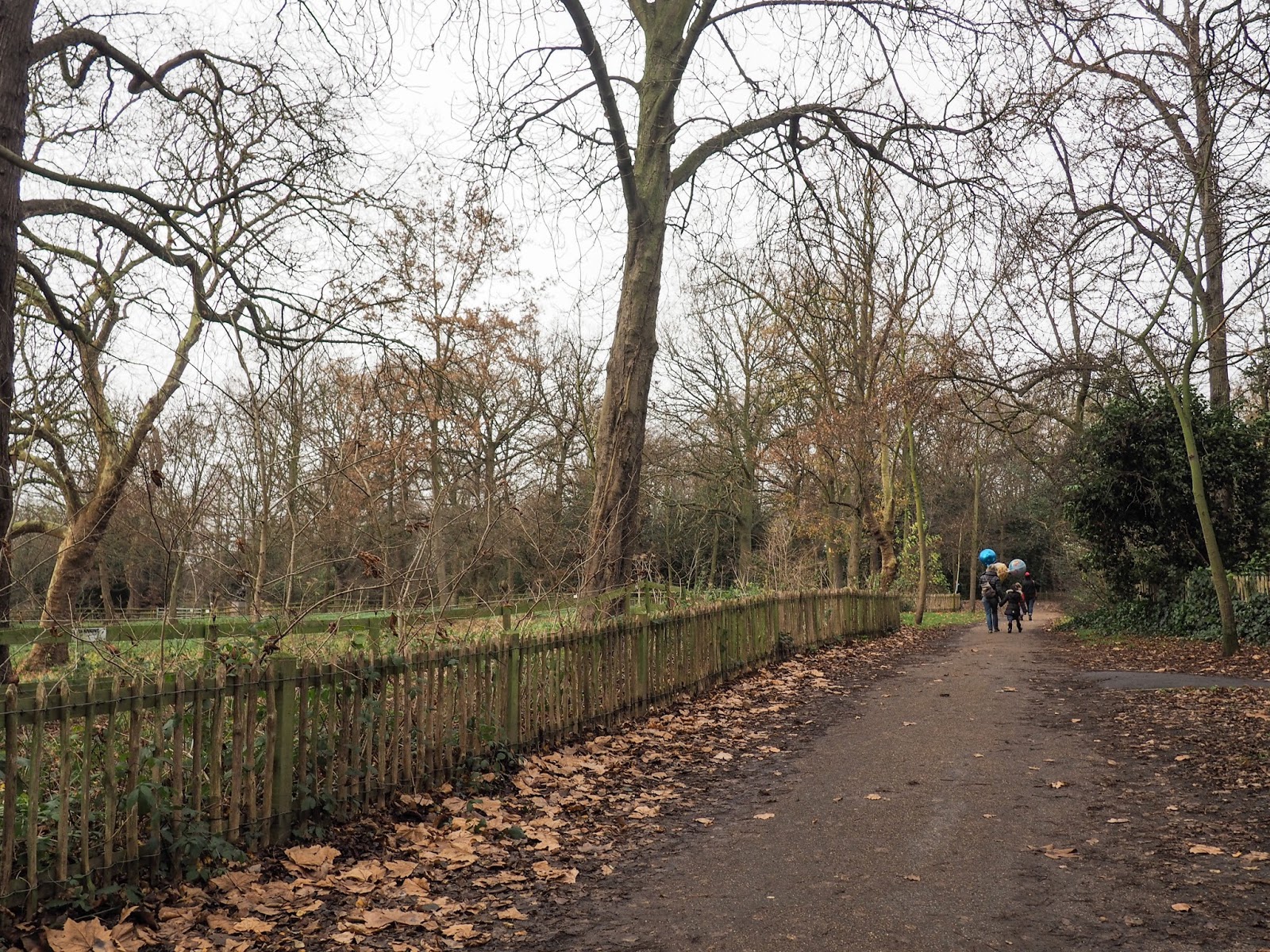 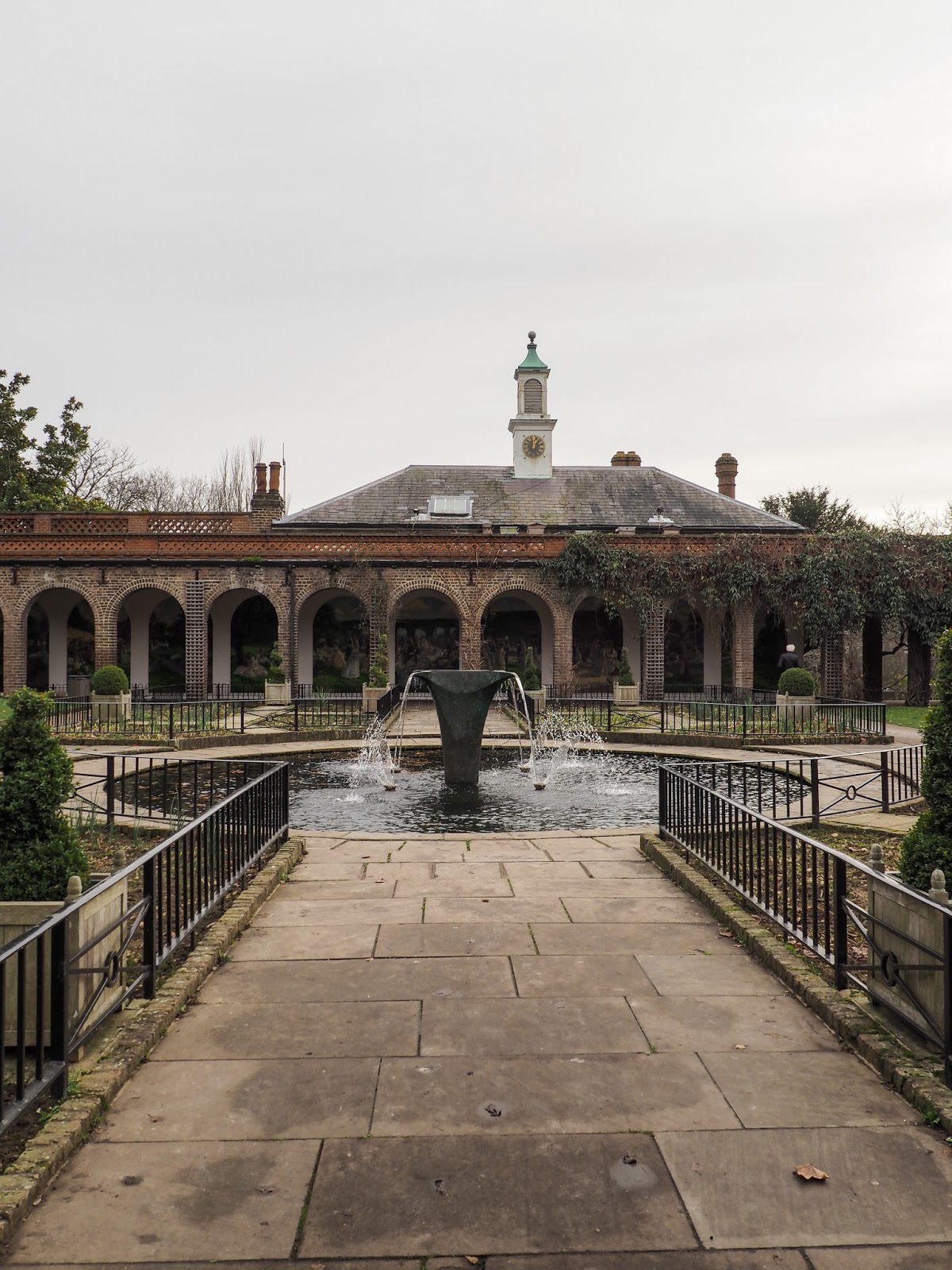 Merely a few tube stops north of King’s Cross/Euston, Hampstead is a whole other world. It’s pretty much a suburb and you’d never be able to guess its proximity to central London without knowing it as a fact. Hampstead Heath is a GIANT green space of which we only explored a tinyy smidgen. 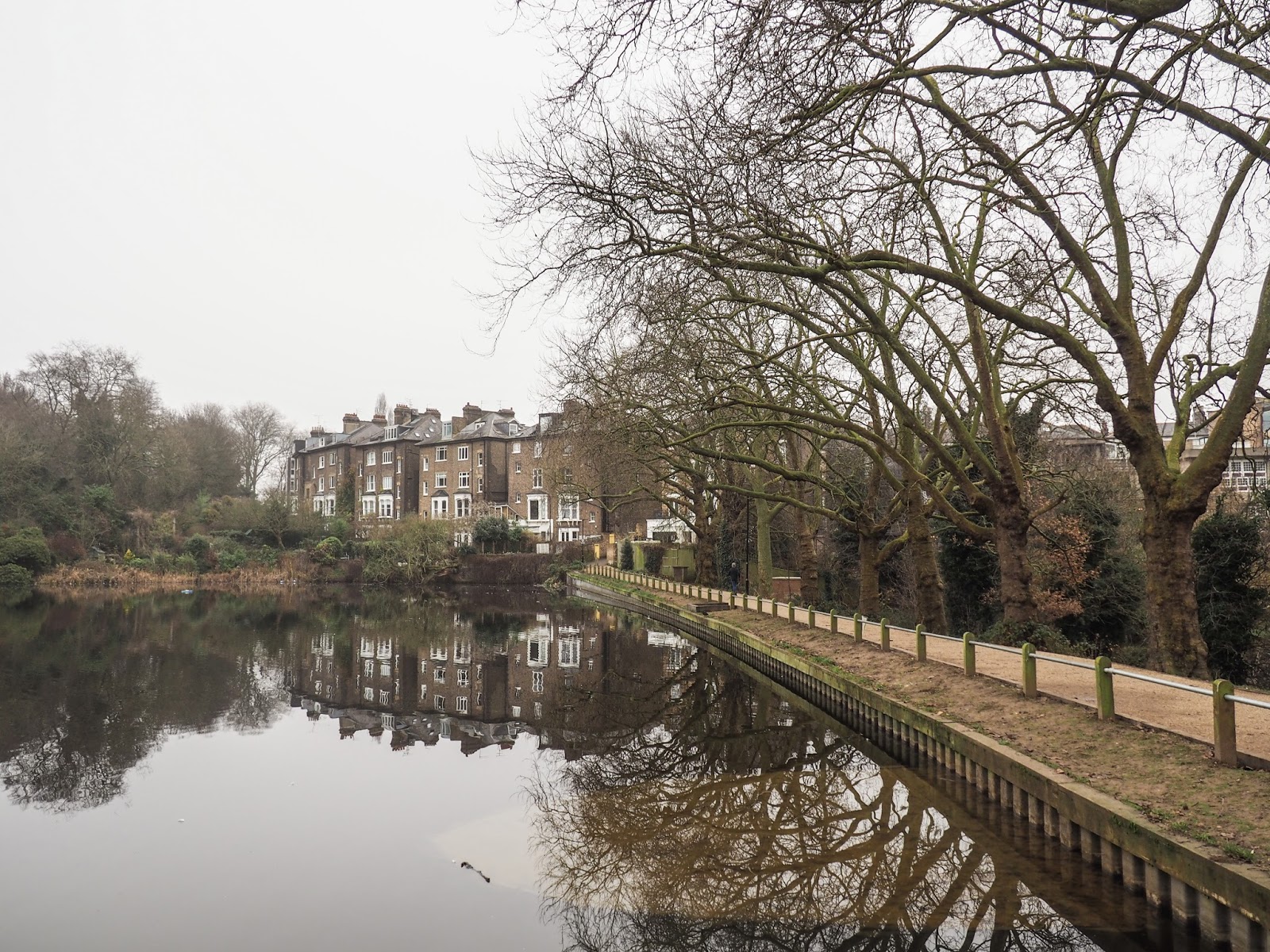 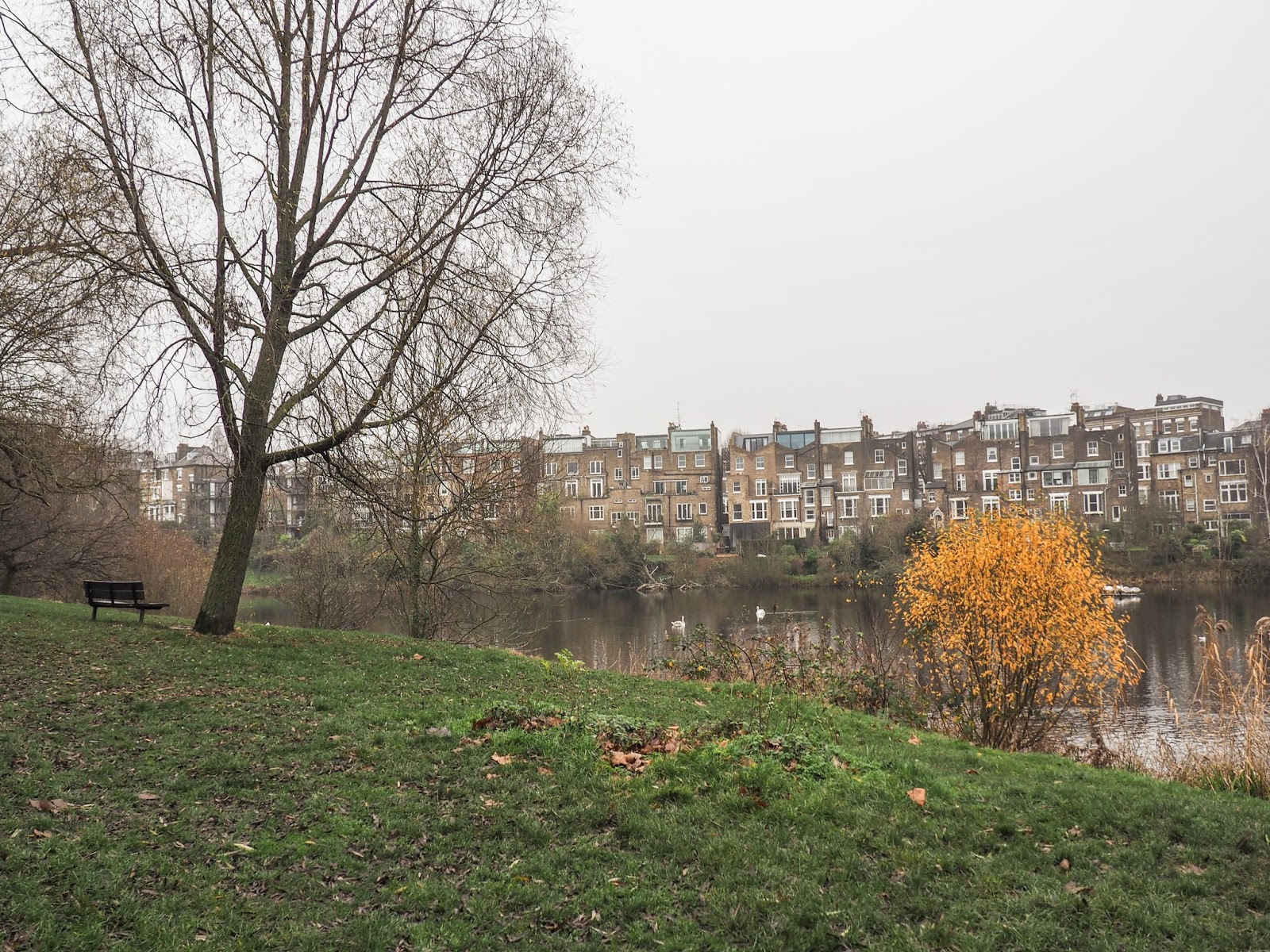 Richmond Park is the largest of the royal parks and probably the farthest place from central London that’s still IN London that’s I’ve ever been. It’s not reachable by tube and not an ideal place to explore without a car in general. I went there on one of my last days as a UCL student in 2014. Even though we went out there with adventure in mind, we were not prepared for just how massive, wild, and breathtaking it was. Being on foot and cold really limited our venture, but it didn’t take long at all for us to come face to face with the famous deer that lived in the park. They were majestic and calm and always kept the perfect distance from us. I couldn’t believe how close they were. 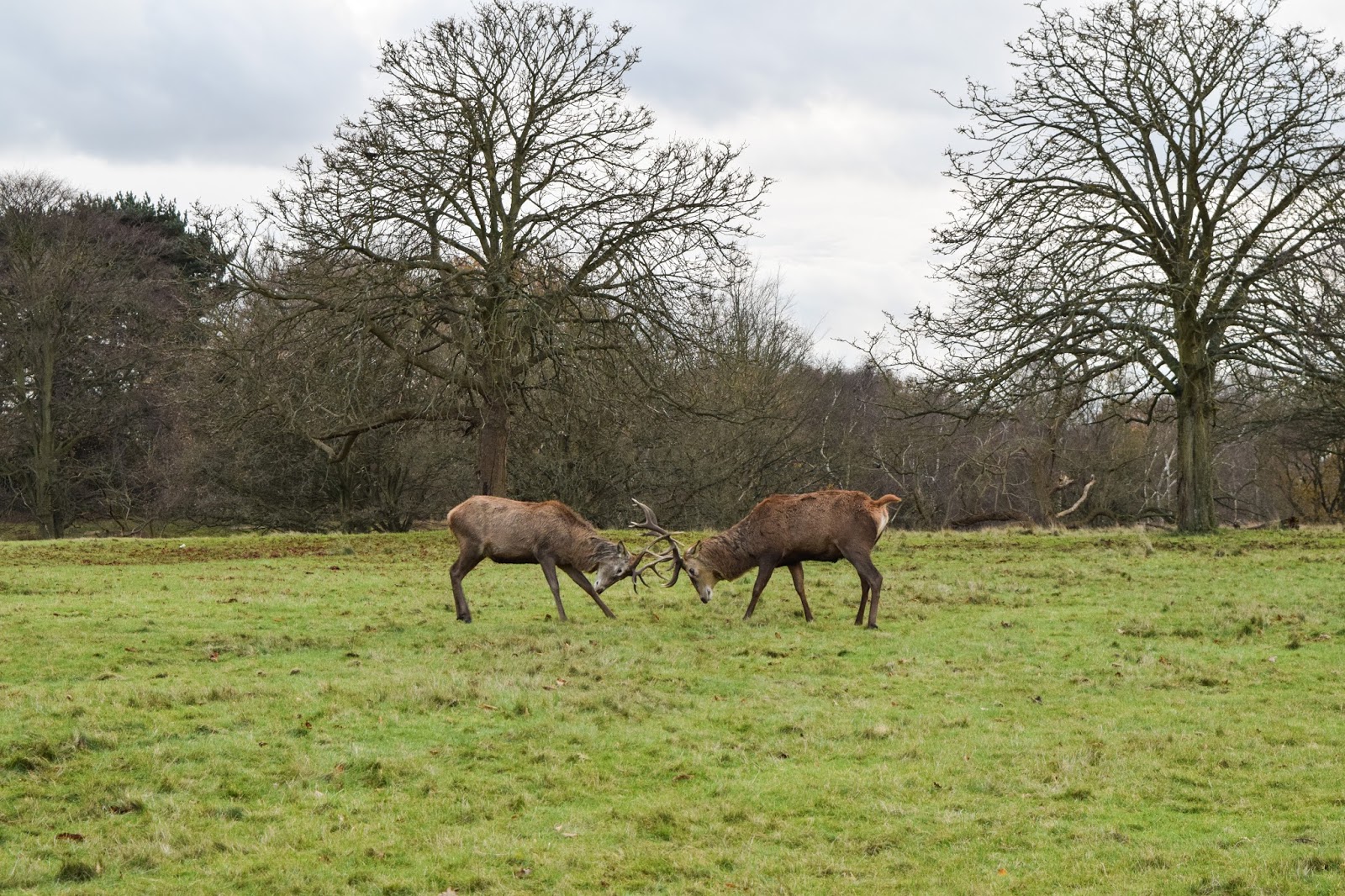 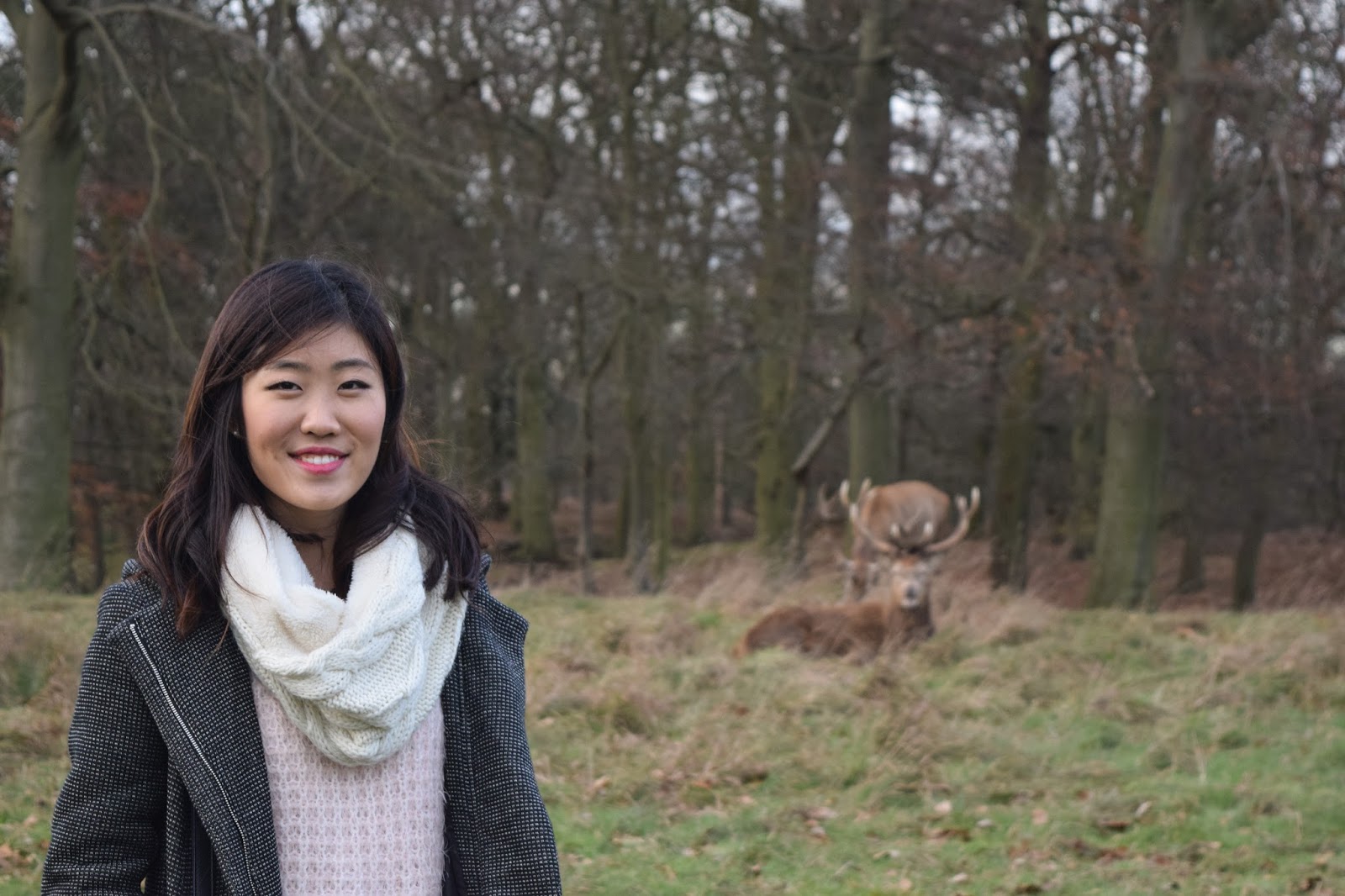 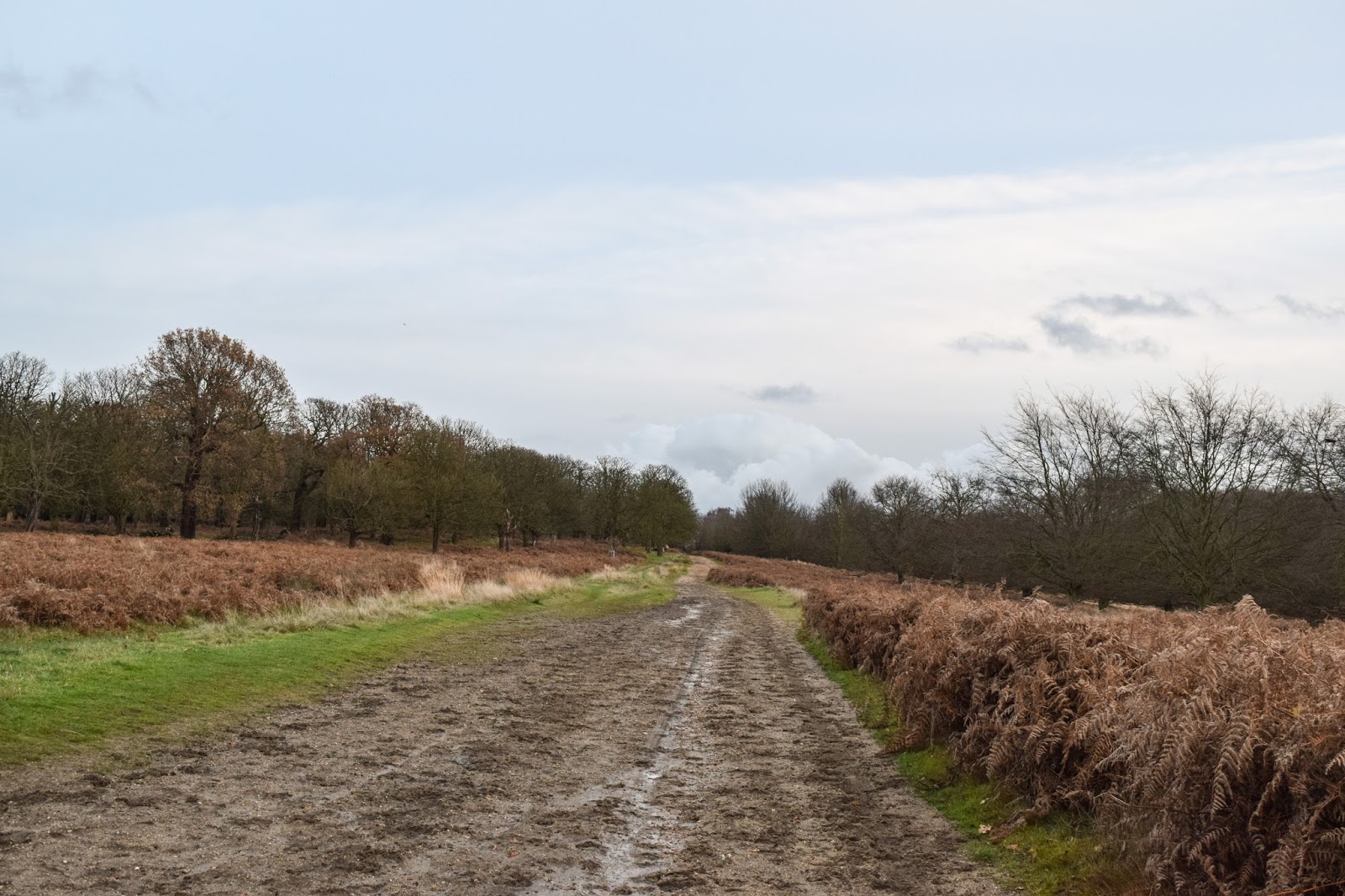