This month, I turned 23. I know that age is just a number, and that by no means is 23 “old”, but seeing that number rise is quite nerve wrecking. It makes self-reflection inevitable: did I do enough in the past year? Was 22 a better year than the last? If not, is 23 going to be worse?? In a time of constant uncertainty and self-doubt, a celebratory occasion like a birthday almost seems like a burden. However, my reflection led me to think about how lucky I am. There is an overwhelming number of things to be grateful about, but something that I want to write about is travelling.

Through various opportunities and twists of fate, I’ve gone to so many places in the world in my short life. In fact, it wasn’t until I went to high school in the suburbs of LA that I realized most kids live in the same house from when they were born until they head off to college. While growing up in different countries meant I had so many opportunities to learn, it also meant separation from people I love the most, and feeling utterly powerless about it. I have still yet to get better at saying goodbyes. However, I’m a firm believer in “everything happens for a reason”. If my family hadn’t moved me around during my younger years, I wouldn’t have developed my passion for travelling. To me, seeing different parts of the world isn’t just a fun thing to do on vacation, but the most exciting reason to be alive.

1. Beijing
This is where it all started, my hometown. No matter what, I’m going to love it because it means so much to me. Since I left it in my teenage years, I felt quite disconnected with it for a few years. Thankfully I regained my connection after doing a summer program at Peking University. I met so many interesting people, and experienced the city from a completely new perspective. It’s so full of history yet so ever changing. There’s nowhere like it in the U.S. (Read about my thoughts on the great Chinese smog here) 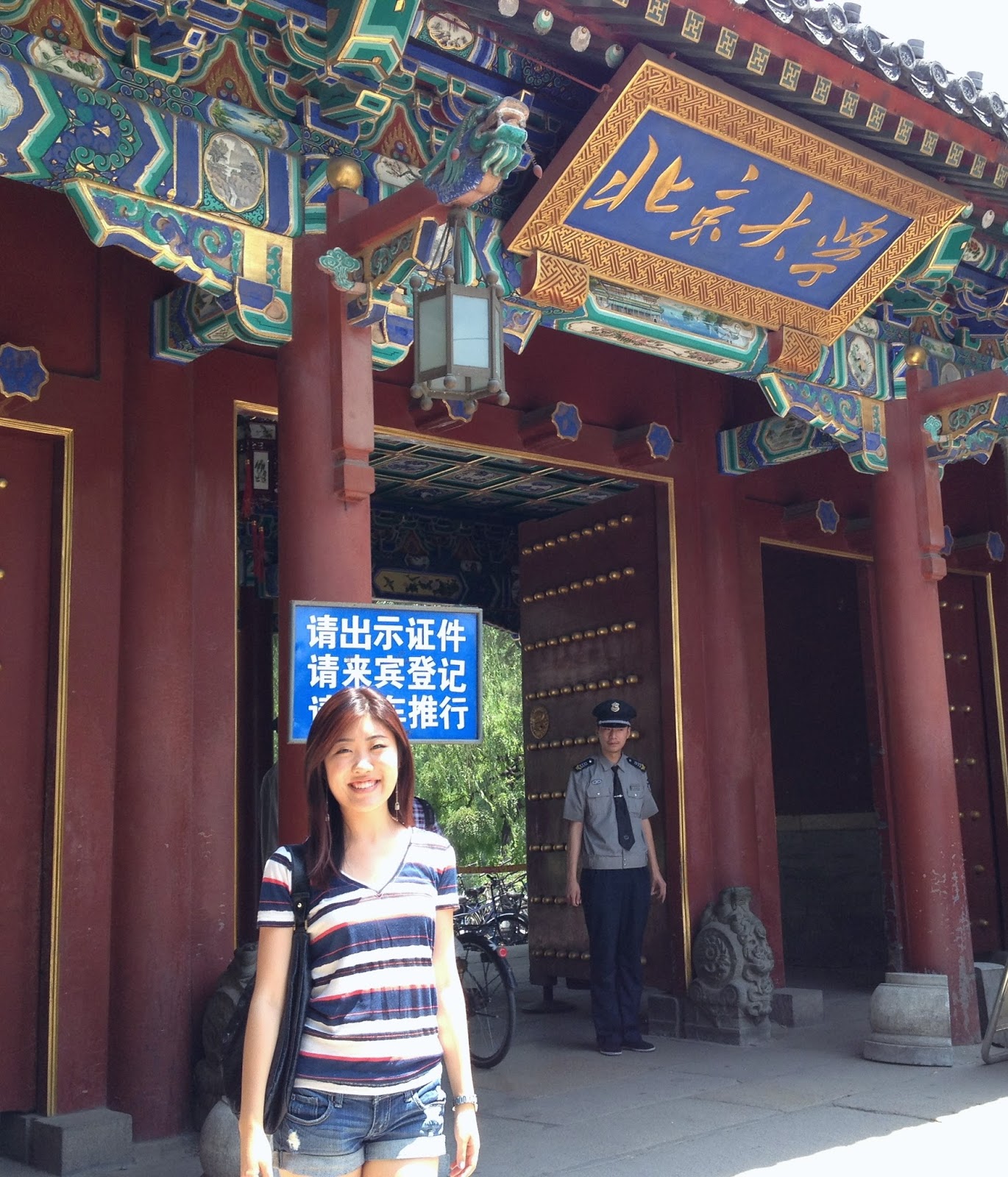 2. Banff, Canada
I went to Banff in 2011, and it was the most beautiful place I had ever been to. I remember standing in front of Lake Moraine and feeling strangely emotional because it was so beautiful. 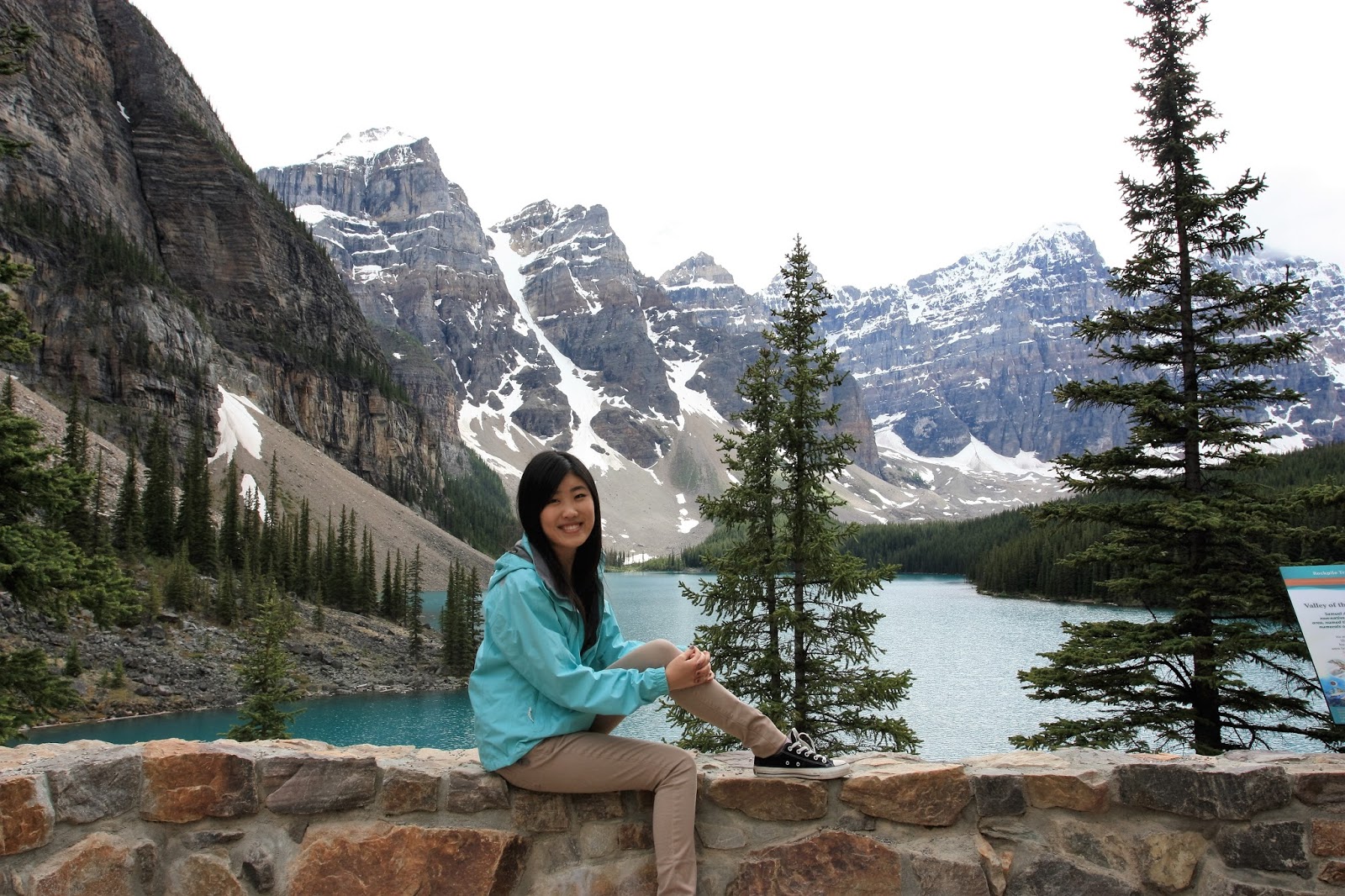 3. Amsterdam, Netherlands
I only stayed there for two days, but those days were very eventful. My friends and I struggled with the public transportation system, splurged on delicious meals, and almost fell asleep in Rijskmuseum from exhaustion. We also visited “coffee shops”, the flower market, and the red light district. The city’s liberalism was really eye opening for a group of Asian Americans like us. 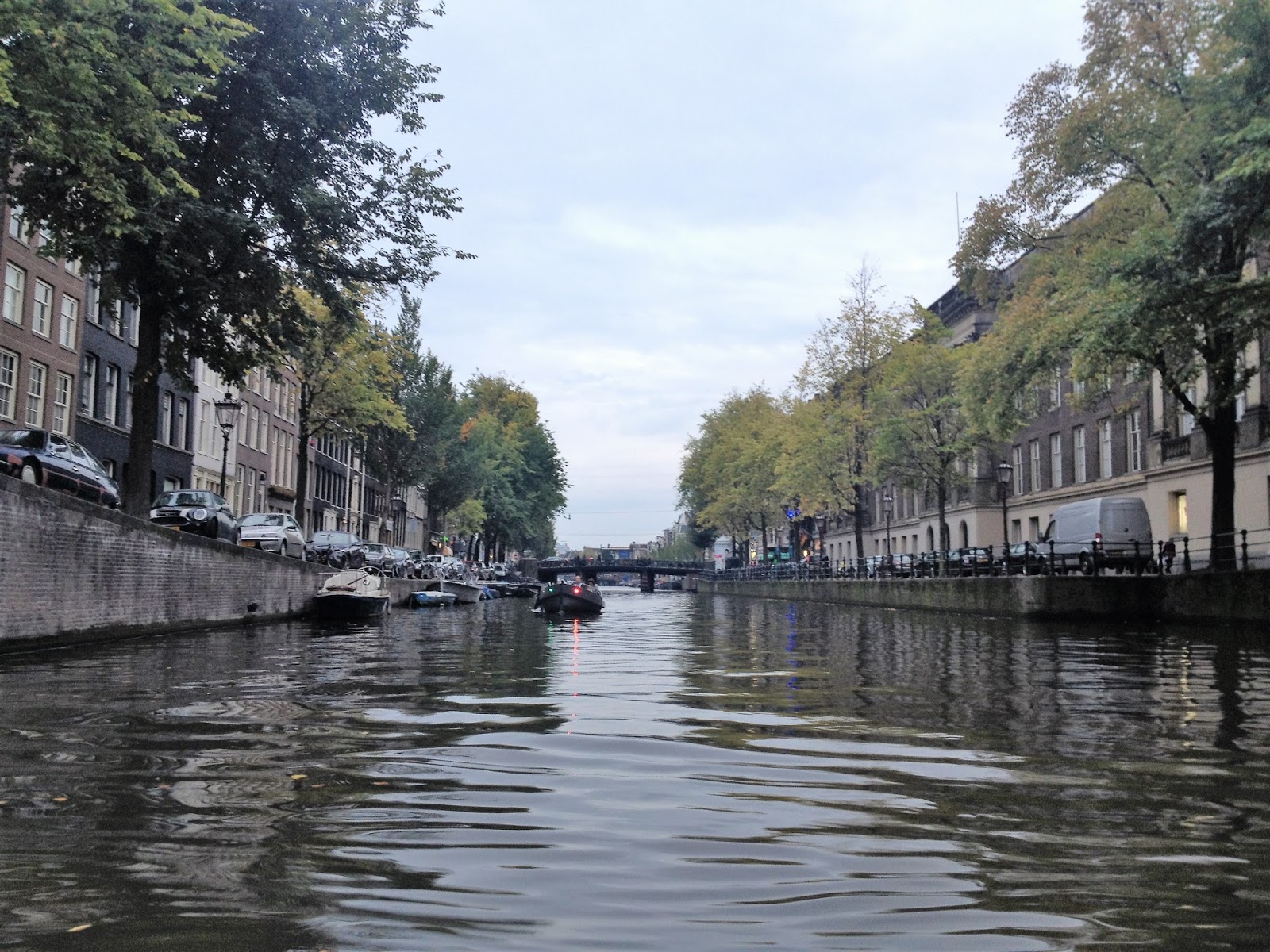 4. New York City
NYC is just so full of energy. Each time I visit I always see a musical. From the animals in Lion King, the falling chandelier in Phantom of the Opera, to gravity-defying Elphaba and the eccentrically tragic Hedwig, every musical left me in awe. When I was younger, I was determined to live in NYC for some time in my twenties. Now that I’m in my twenties, I’m not so sure what’s going to happen, but I’ll certainly always love and long for the city that never sleeps. 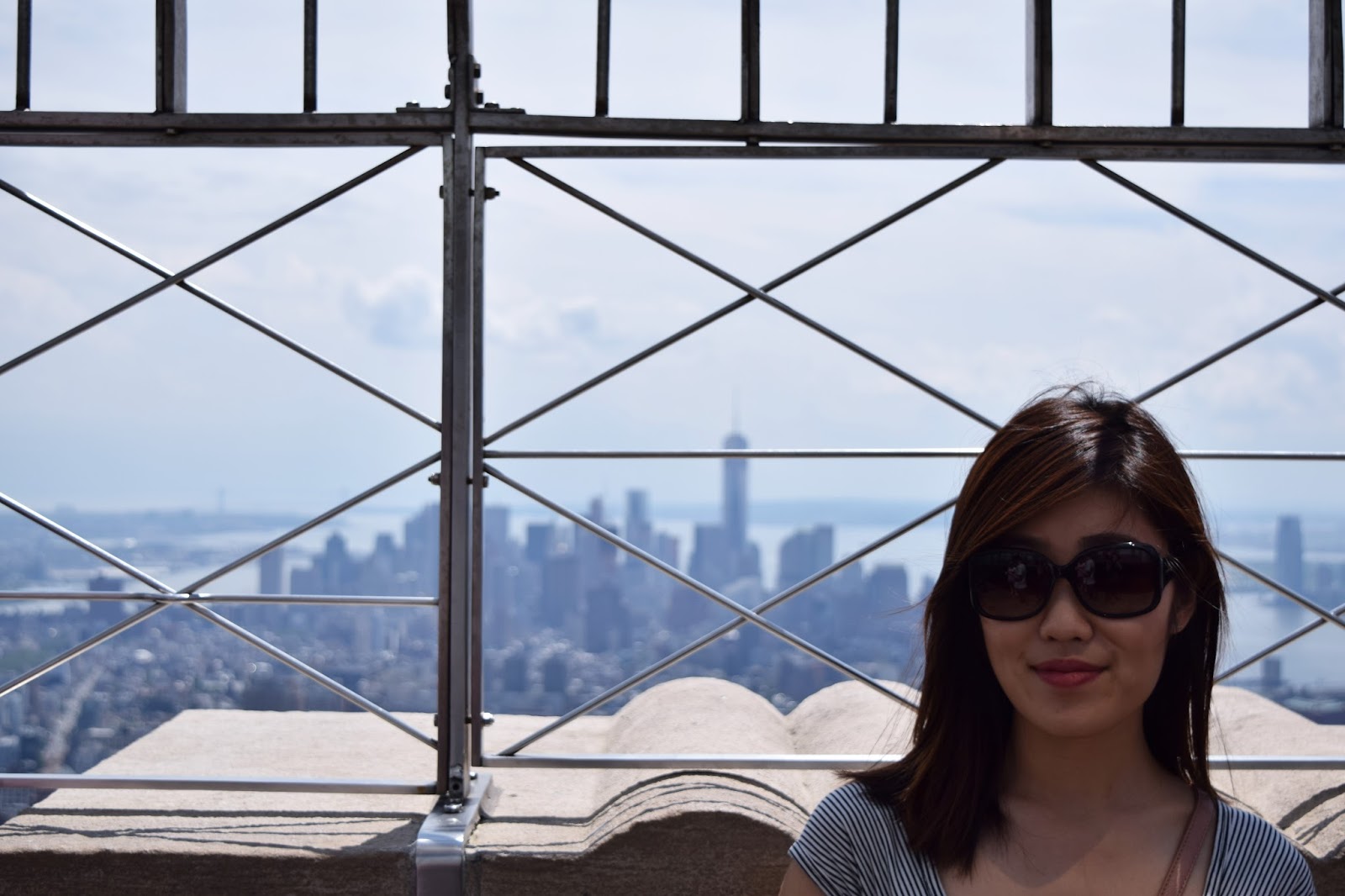 5. Chongqing, China
Perhaps it’s because Chinese people really value their roots, I feel a strange attachment to my dad’s hometown Chongqing. It’s a hilly and foggy city, so foggy that you could walk on to a soccer field, twirl a couple of times, and lose all ability to tell which direction you came from. My favorite thing about it is the numbing, spicy food. Whether it’s street food, my grandma’s food, or a nice restaurant, Chongqing’s food is my favorite in the world. 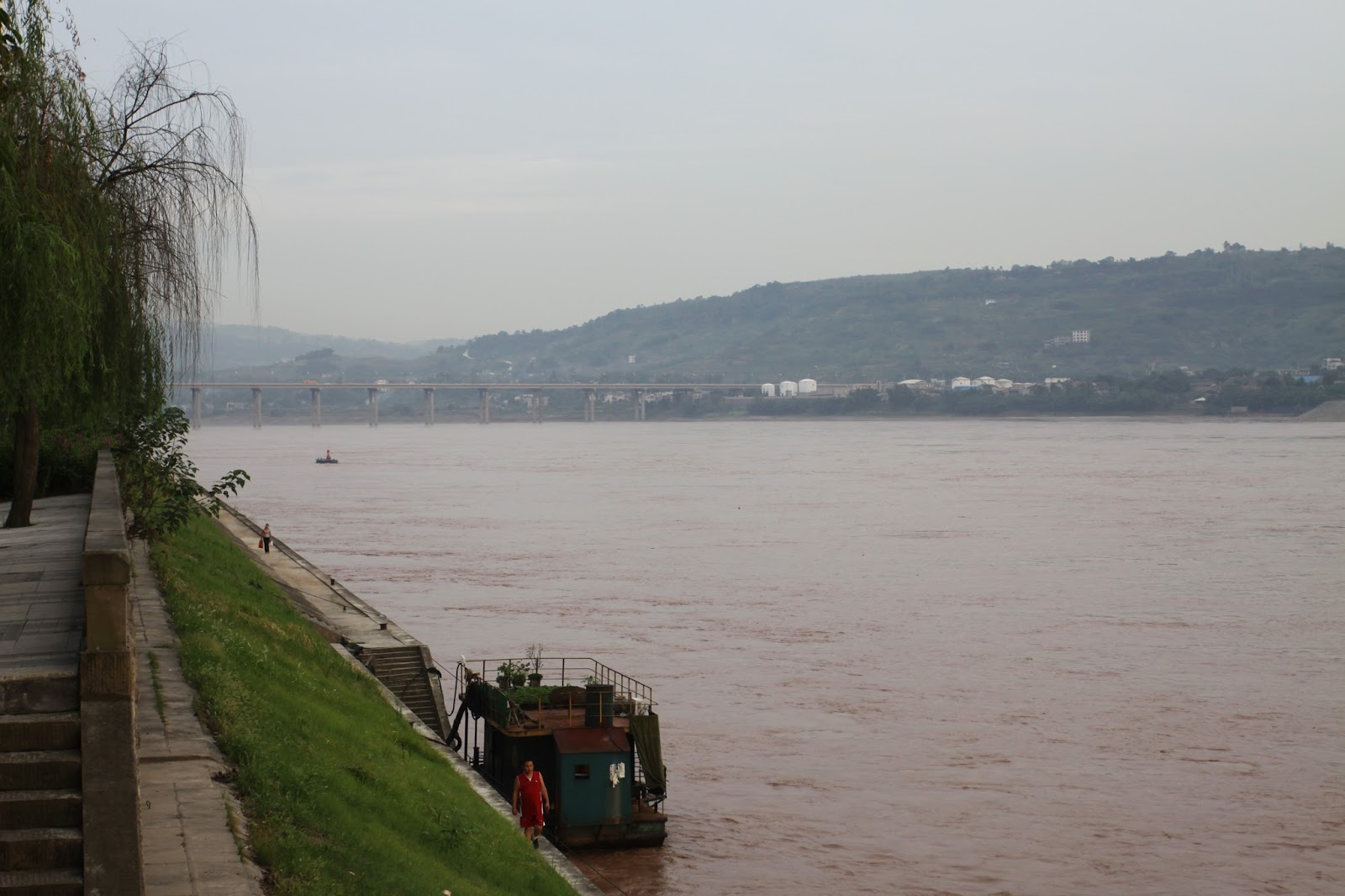 6. Perth, Australia
Every Australian I’ve met seems perplexed by why I went to Perth, and even I don’t remember much about the city, but it’s special to me nonetheless. When I was 14, I lived in Perth for six weeks in a summer program with my middle school friends. It was the first time I was away from my family for so long, the first time I felt somewhat independent, but also the last time I would be seeing my middle friends every day. Sadly I can’t find any photos from that summer. I’m sure they’re too embarrassing anyway.

7. Cuenca, Spain
Cuenca is a world heritage city that I remember to be serene and secluded. I went with my high school choir on our 10 day concert tour in Spain in 2010. It rained the day we held a concert at a beautiful circular church called Iglesia de San Pedro, and we were told that locals don’t go out anywhere when it rains. Unexpectedly, when it came time for the concert, it was a full house. The acoustics of the church were stunning. We performed one of my favorites, Ave Maria, and it still remains one of the most special memories I had with my choir. 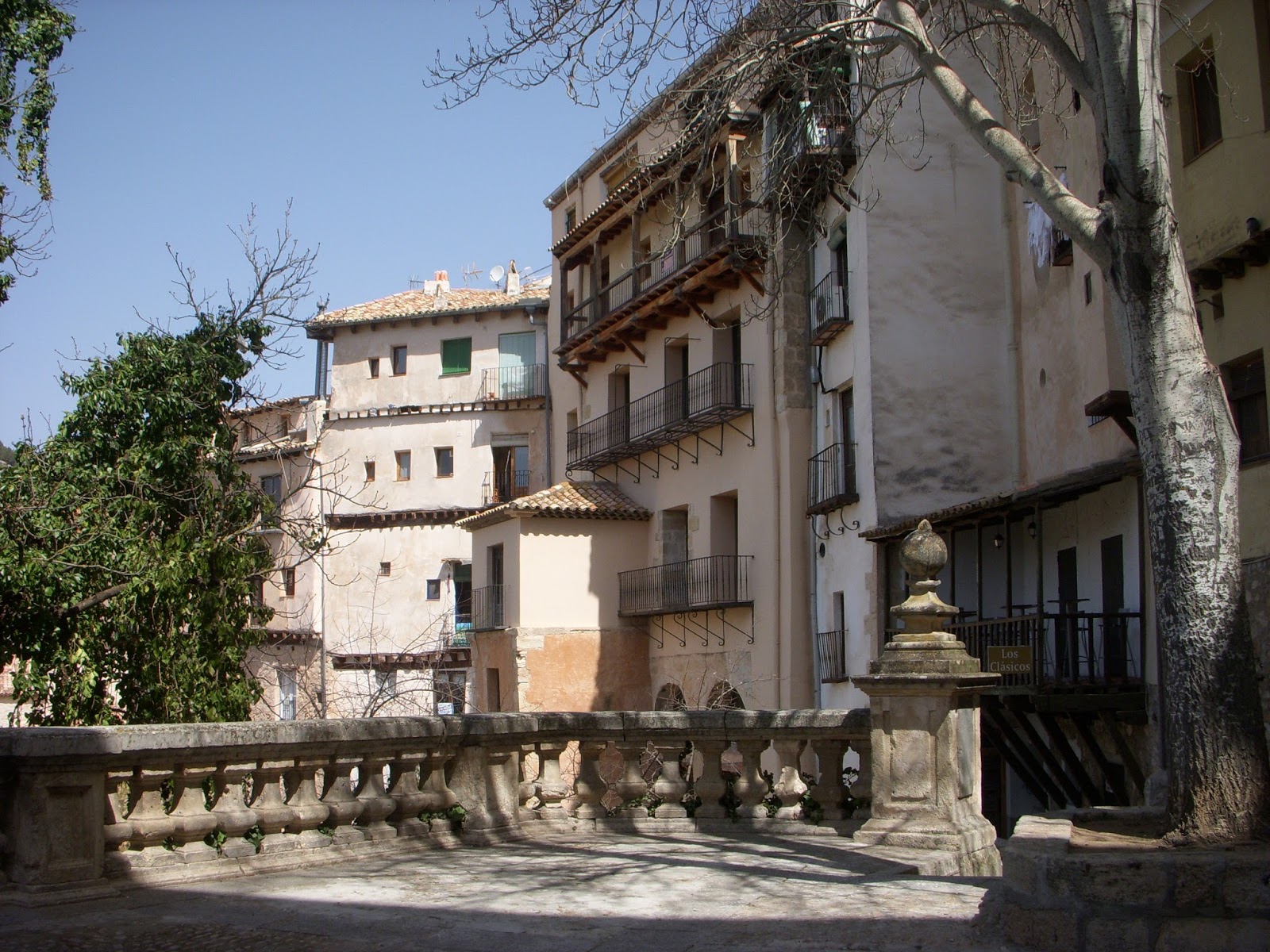 8. Los Angeles, CA
I have a bit of a love hate relationship with LA. I love the restaurants, museums, shopping, and the convenience to fly to everywhere in the world from LAX. As someone who loves movies, TV, and fashion, I also can’t help but get giddy over everything Hollywood related. At the same time, LA has such a particular lifestyle that sometimes comes across as pretentious. Plus the traffic is so miserable… I envision living in LA to be an extremely stressful situation. 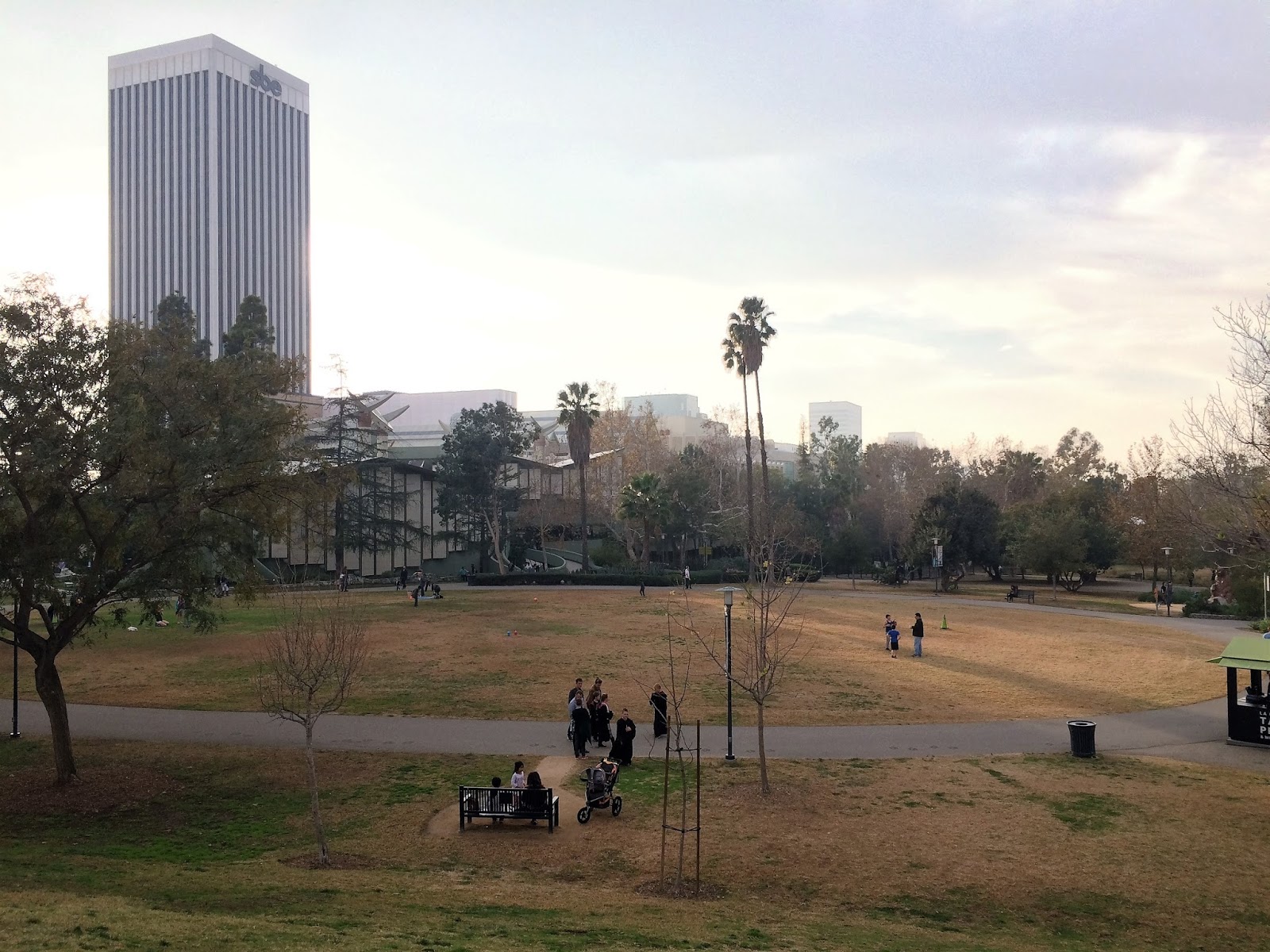 9. Rio de Janeiro, Brazil
“January River” – perhaps one of the most poetic city names there is. Before going to Brazil for the first time, I hardly knew anything about it, making the experience extremely eye opening at every turn. Despite the language barrier, Brazilian people are the nicest people I’ve ever met. They are genuine, passionate, outgoing, and so so friendly. Maybe it’s because I’ve yet to visit any other South American countries, but Brazil is one of the most unique places I’ve been. I miss it. 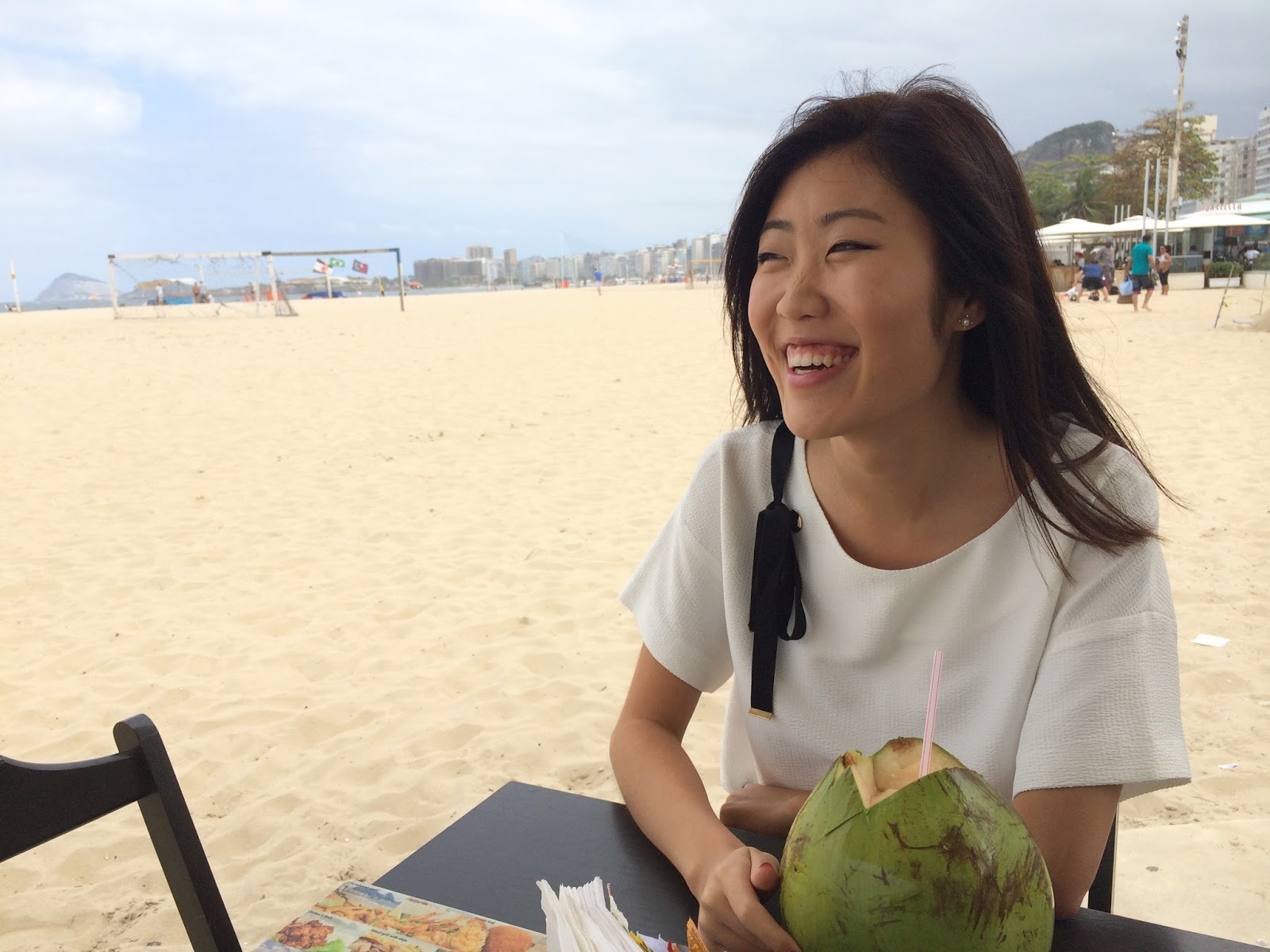 10. Seattle, Washington
When SARS broke out in China in 2003, school was suspended, and I got to spend what felt like months in Seattle. We lived right outside of Microsoft headquarters, where I learned about fractions and wondered if we’d run into Bill Gates. 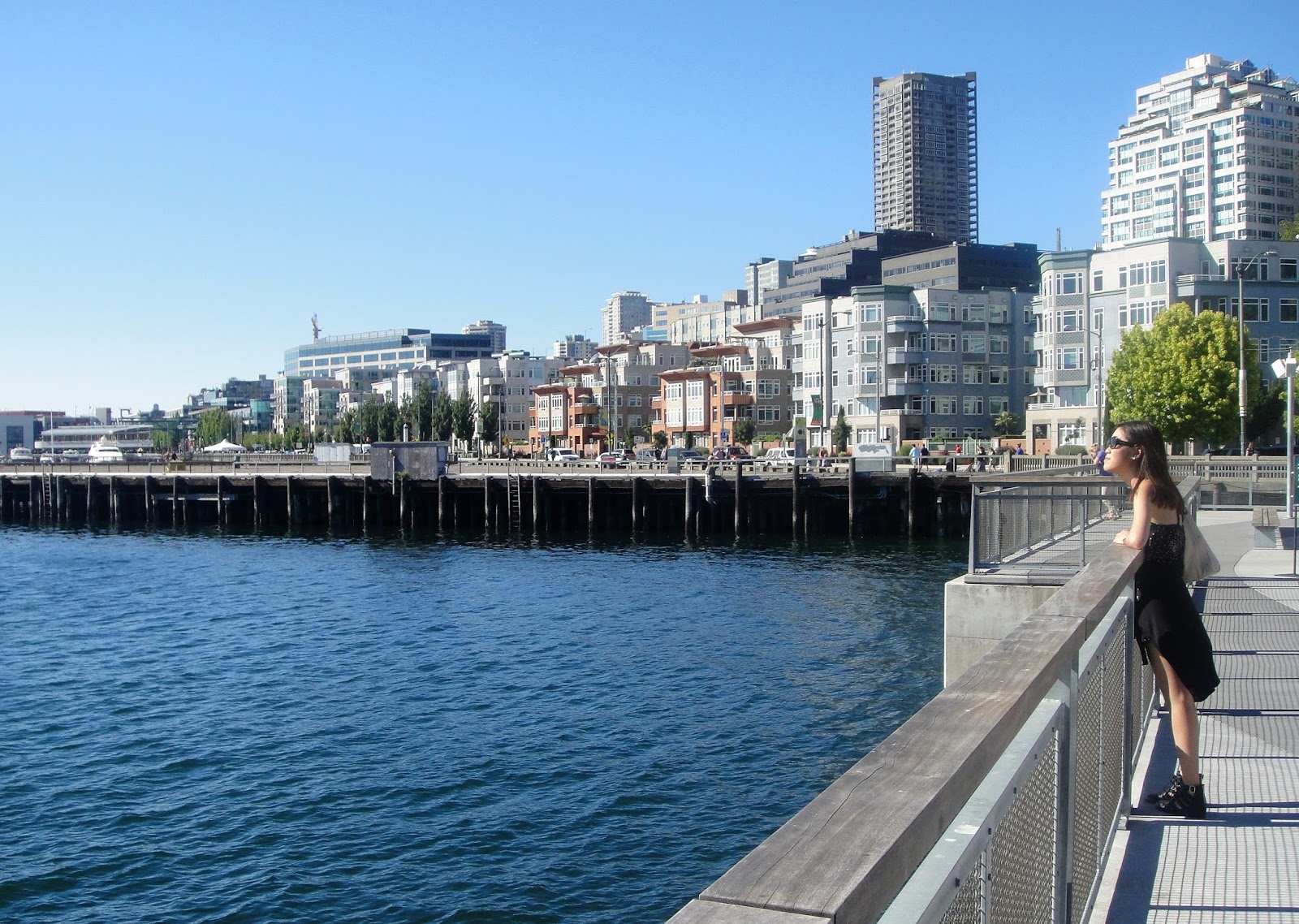 11. Newport Beach, CA
I never truly appreciated being a Californian until moving to Newport Beach after high school. I was resentful of it at first because moving there took me away from my friends. Yet I still couldn’t resist its beauty and tranquility, and I’m still discovering it. 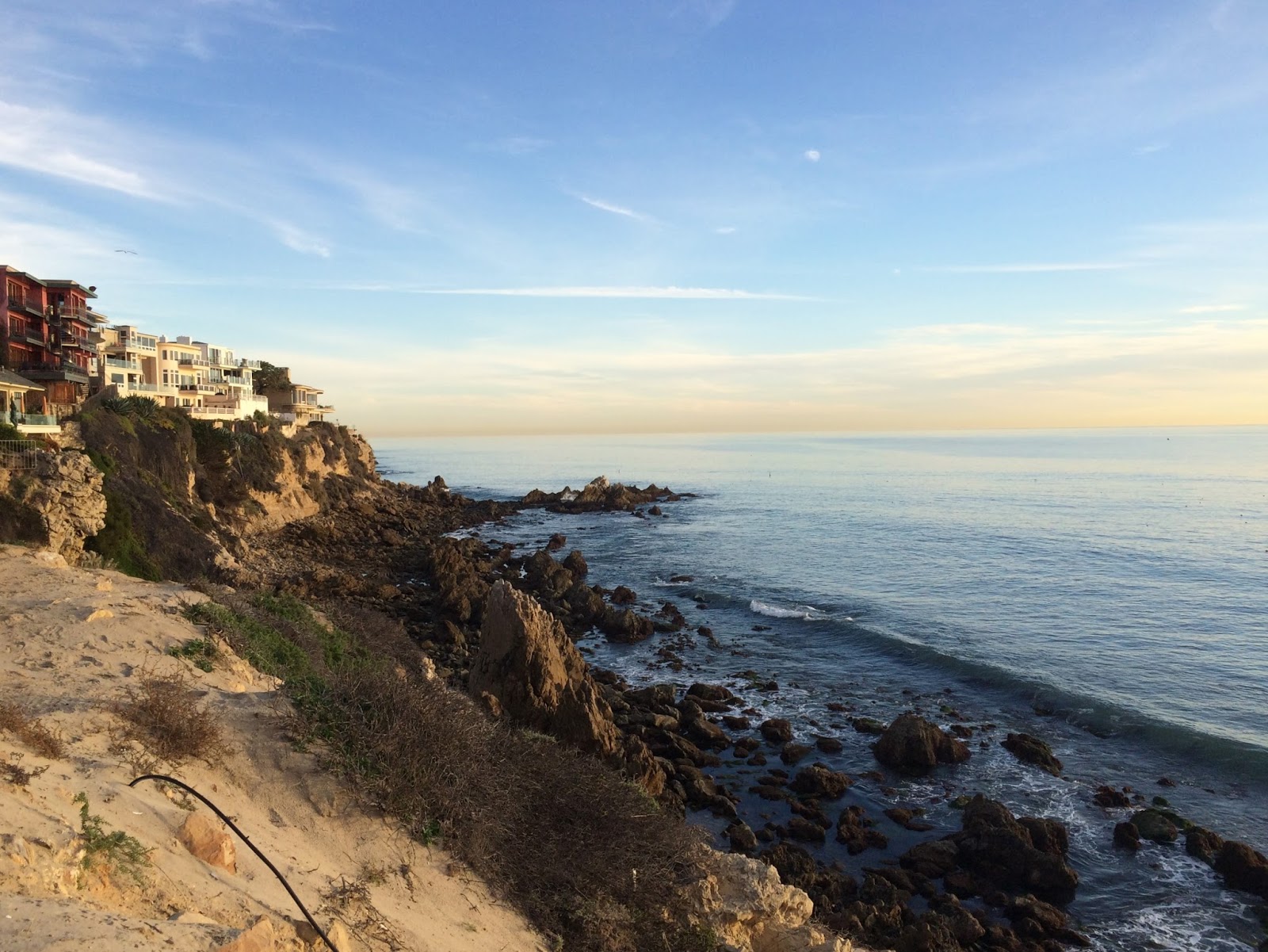 12. Bruges, Belgium
Known for its canals, Bruges is kind of like Belgium’s Amsterdam, or at least that’s what I expected before visiting. My best friend and I hopped on a train from Brussels for a day in Bruges. We saw Dali’s fascinating art, went on a canal ride, and listened to a free harp concert. The city is romantic, vibrant, touristy yet intimate. I’m dying to go back one day. 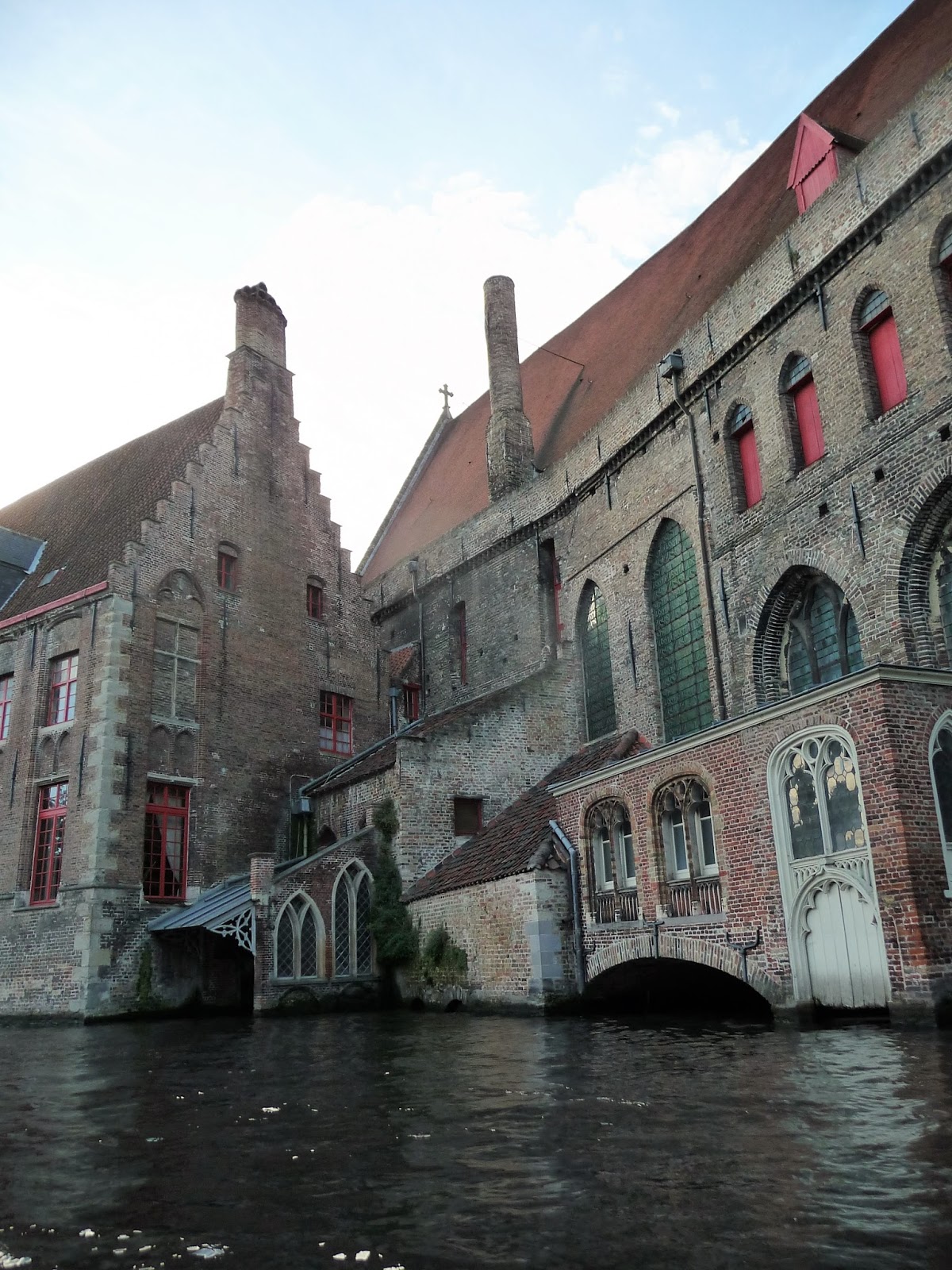 13. Dublin, Ireland
I loved the city itself, but I loved Wicklow County near Dublin even more. I mean, look at this: 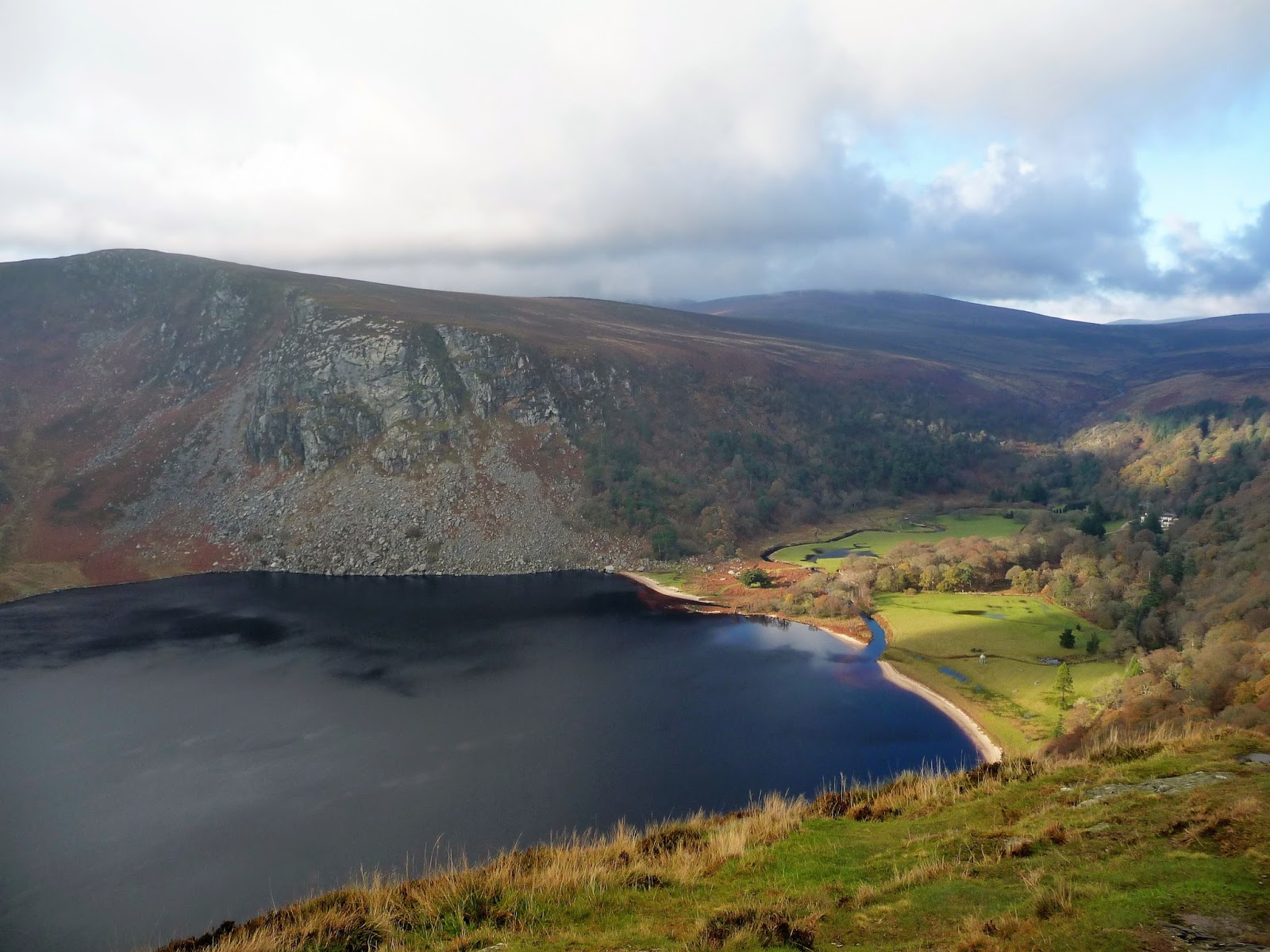 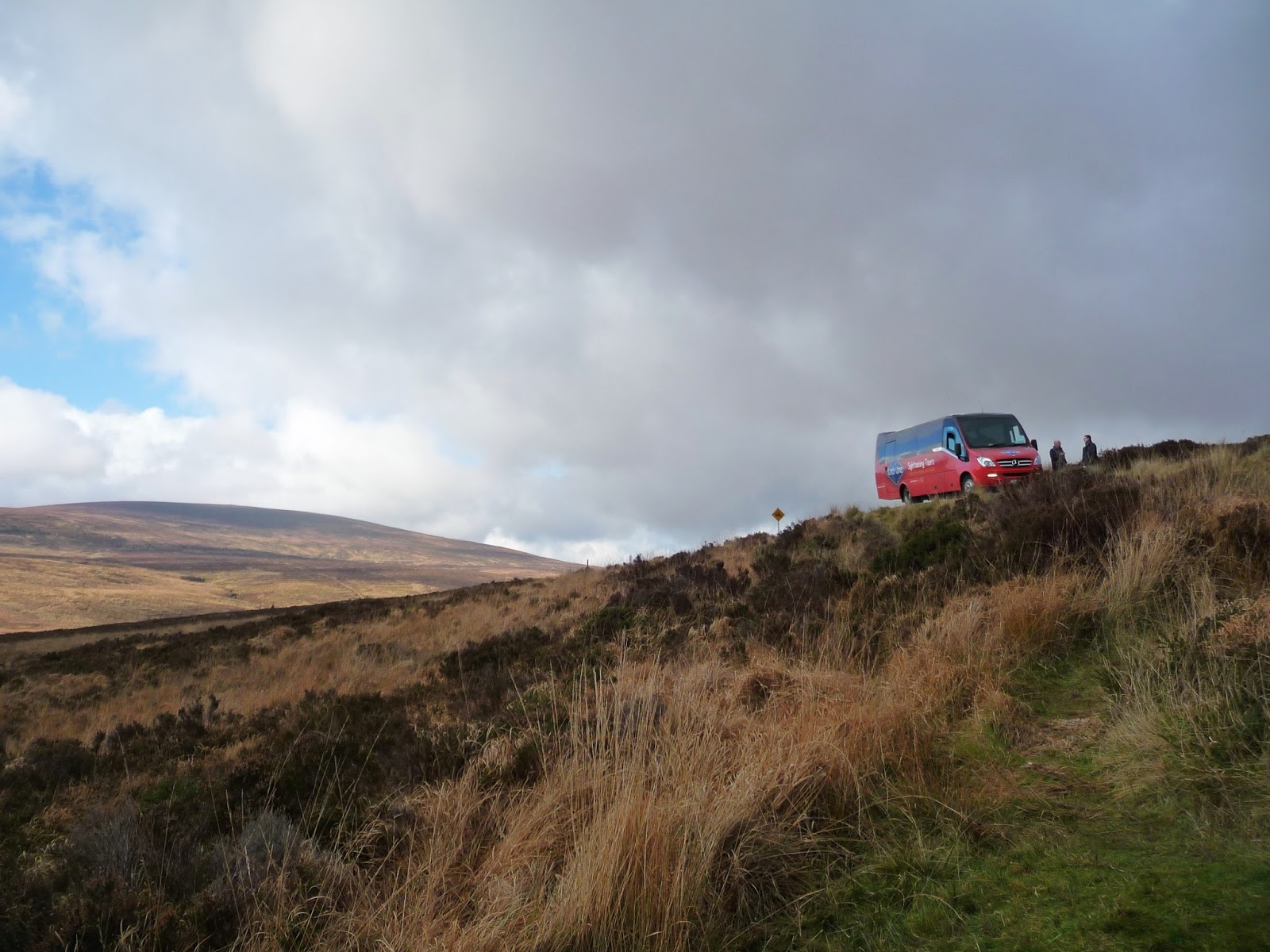 14. Paris, France
I’m pretty sure Paris is on everyone’s list of places to go. I’m just lucky that my first time in Paris was with my dad. 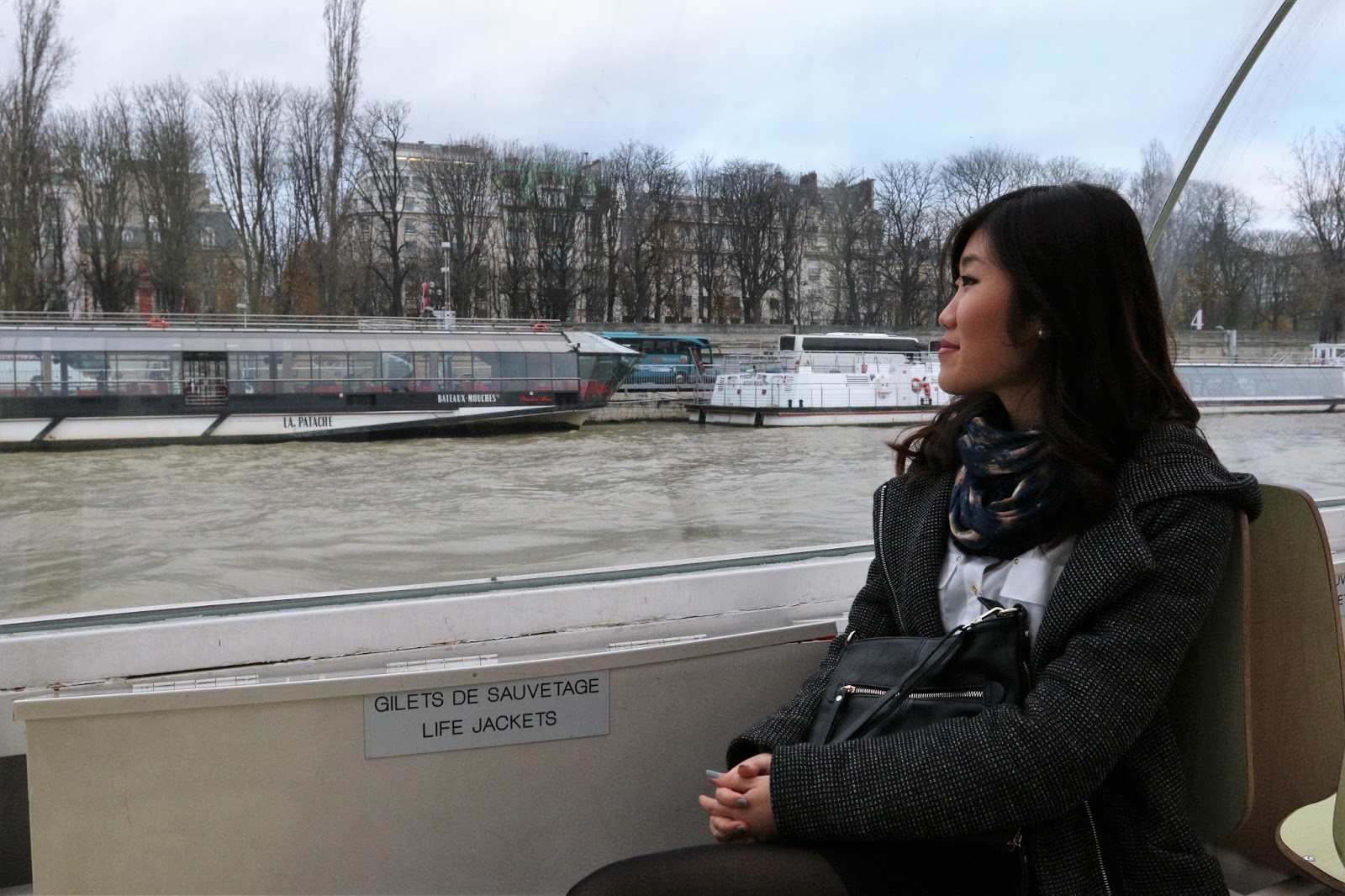 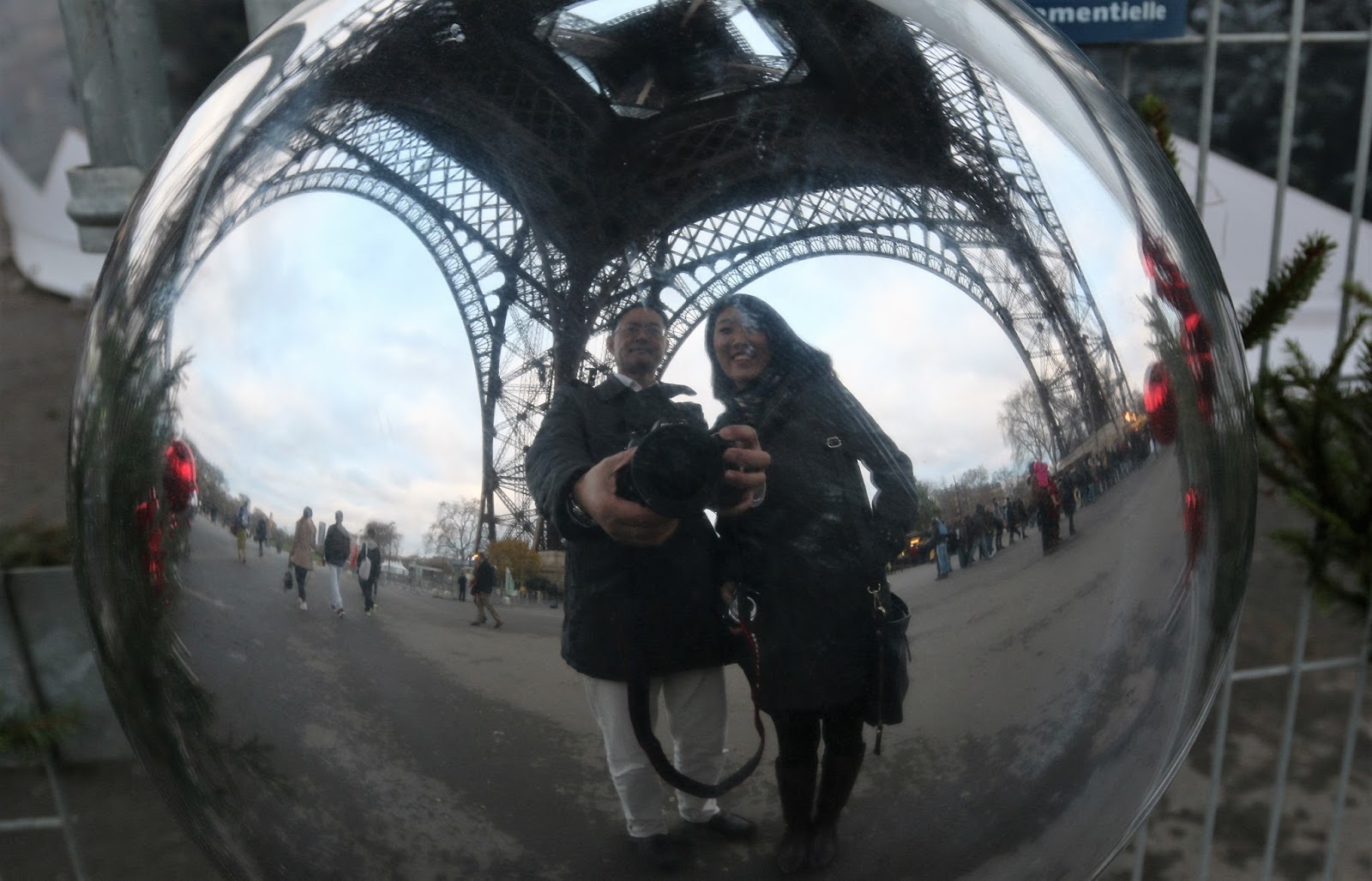 15. Edinburgh, UK
Next stop in our father-daughter adventure. The weather was rainy and cold, but we still had such a good time. A special memory is when we visited The Elephant House, the cafe that J.K Rowling first wrote Harry Potter in. I still remember on the sleeve of my copy of Harry Potter and the Sorcerer’s Stone (in Chinese), it said that J.K. Rowling lived in Edinburgh. I had no clue where that was, but I liked the sound of it because I was obsessed with all things Harry Potter. 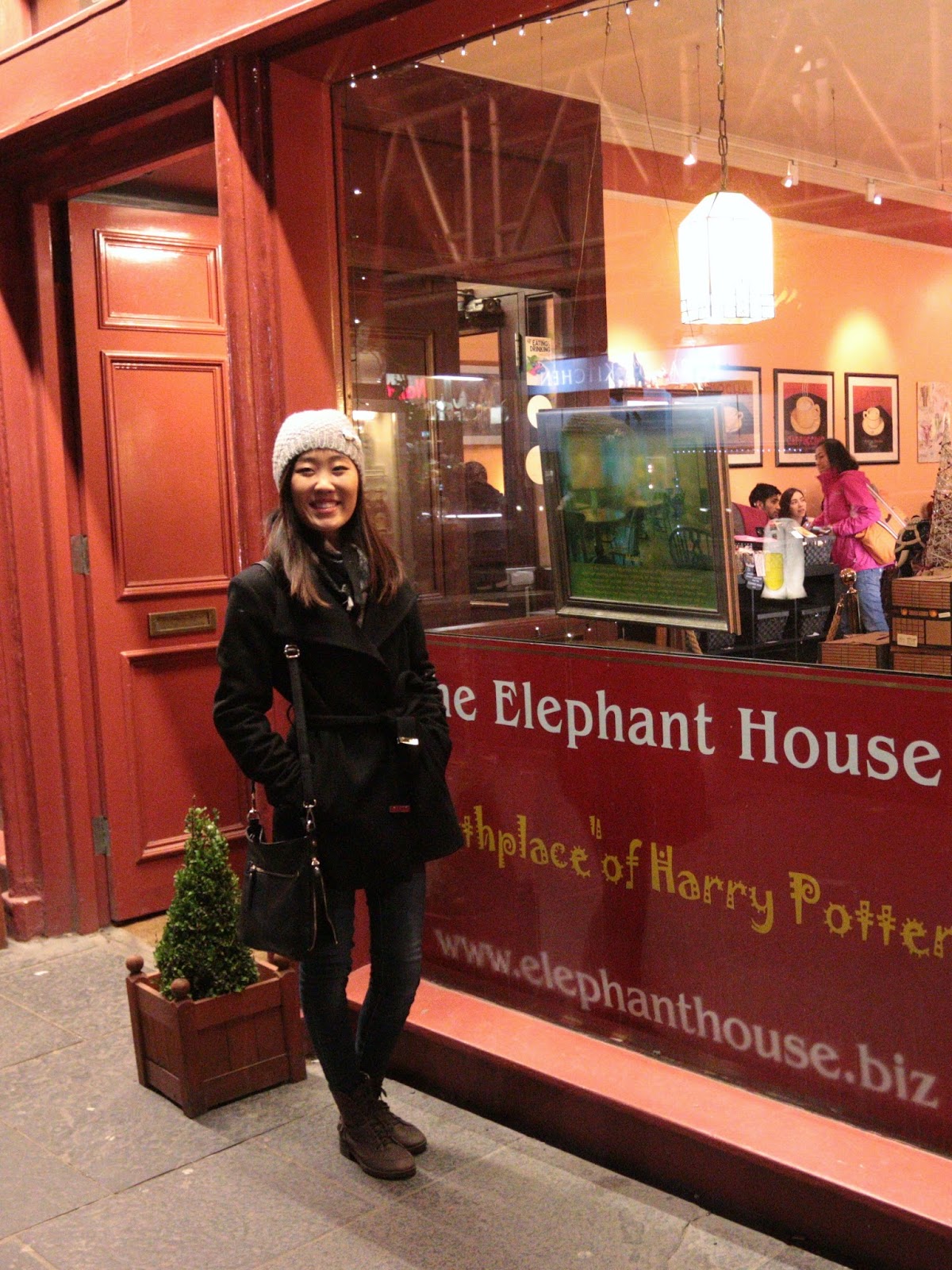 16. San Juan, Puerto Rico
Established in 1509, San Juan is the second oldest European-established cities in the Americas. Constantly missing Europe after studying abroad, I was instantly enamored by the vibe of the city. I found it to be the perfect balance of historical and modern, exotic and comfortable. I loved it so much I even made a vlog about it (watch here)! 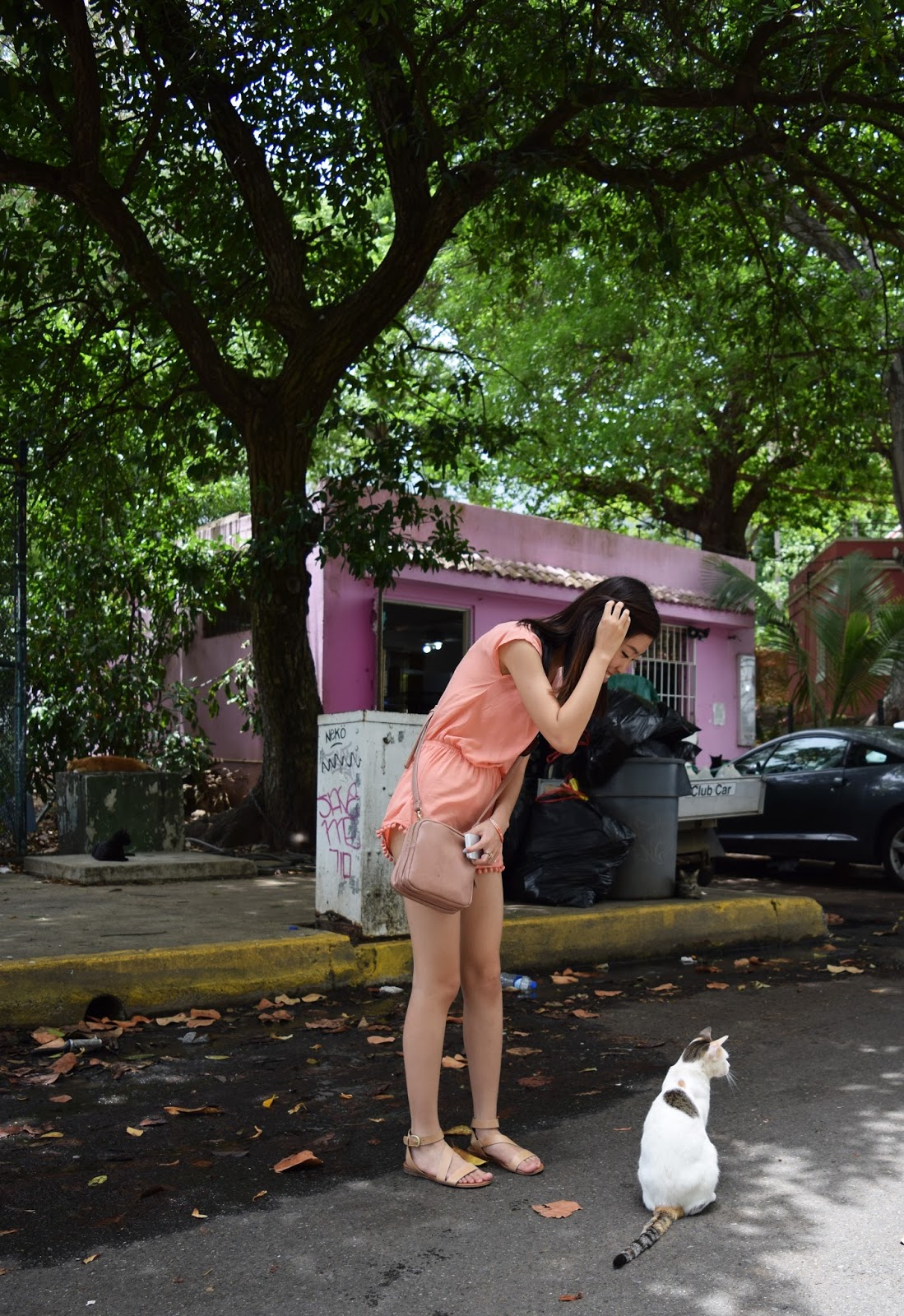 17. Washington D.C.
I’m a strangely patriotic person – I might have shed a tear or two when hearing national anthems before – so I can’t help but love D.C. and everything it represents. It doesn’t hurt that Scandal is my favorite TV show. 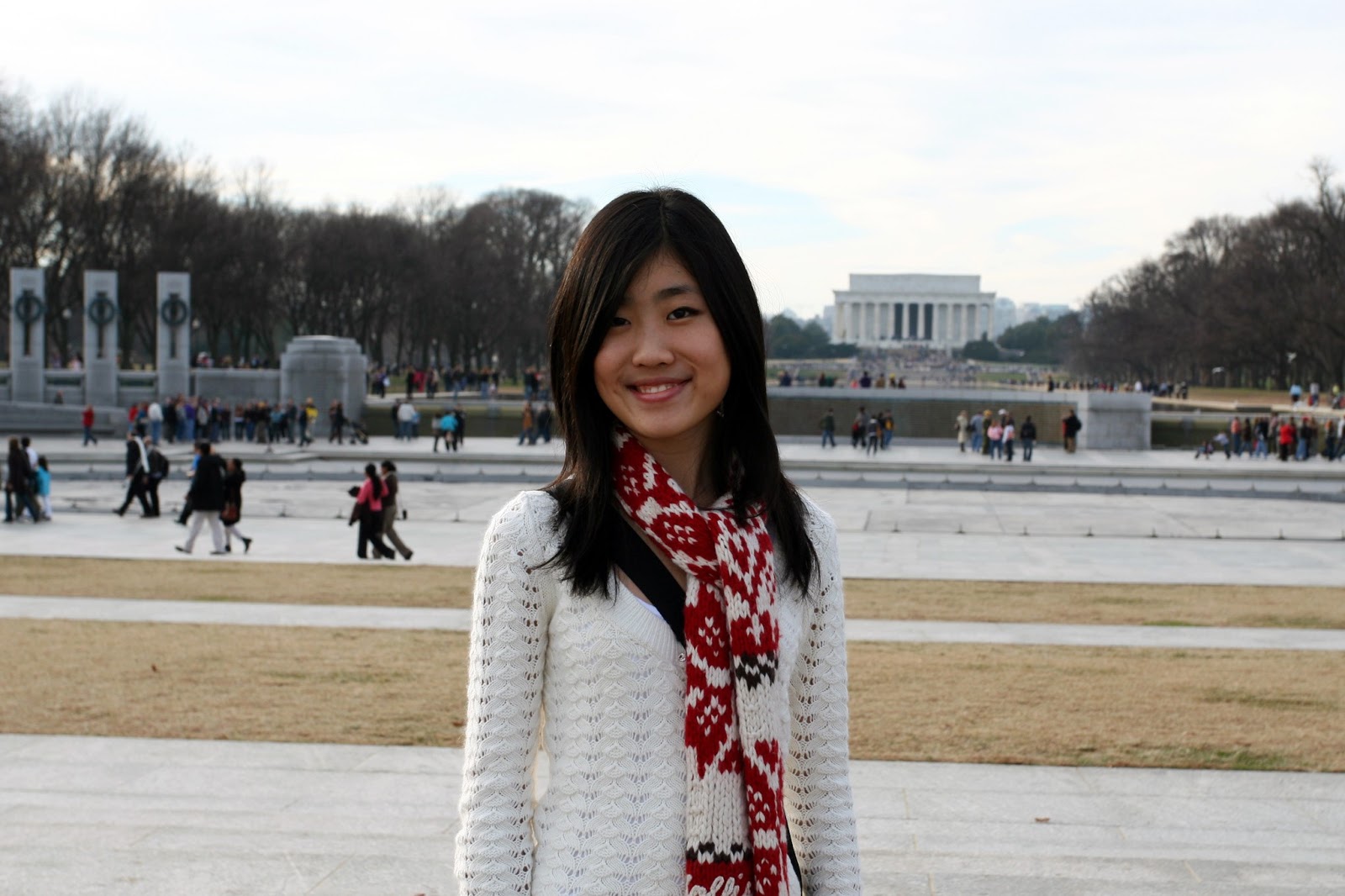 18. Venice, Italy
I arrived in Venice on Halloween. It was pretty surreal walking along the narrow streets of San Marco and seeing people in Venetian masks everywhere. Venice is unique because there are no cars on the main islands, giving it an authentic old city feel. I got to island hop to Burano, Murano, and Lido, and go on a gondola ride. The guy who rowed the gondola did not sing like in Vegas. 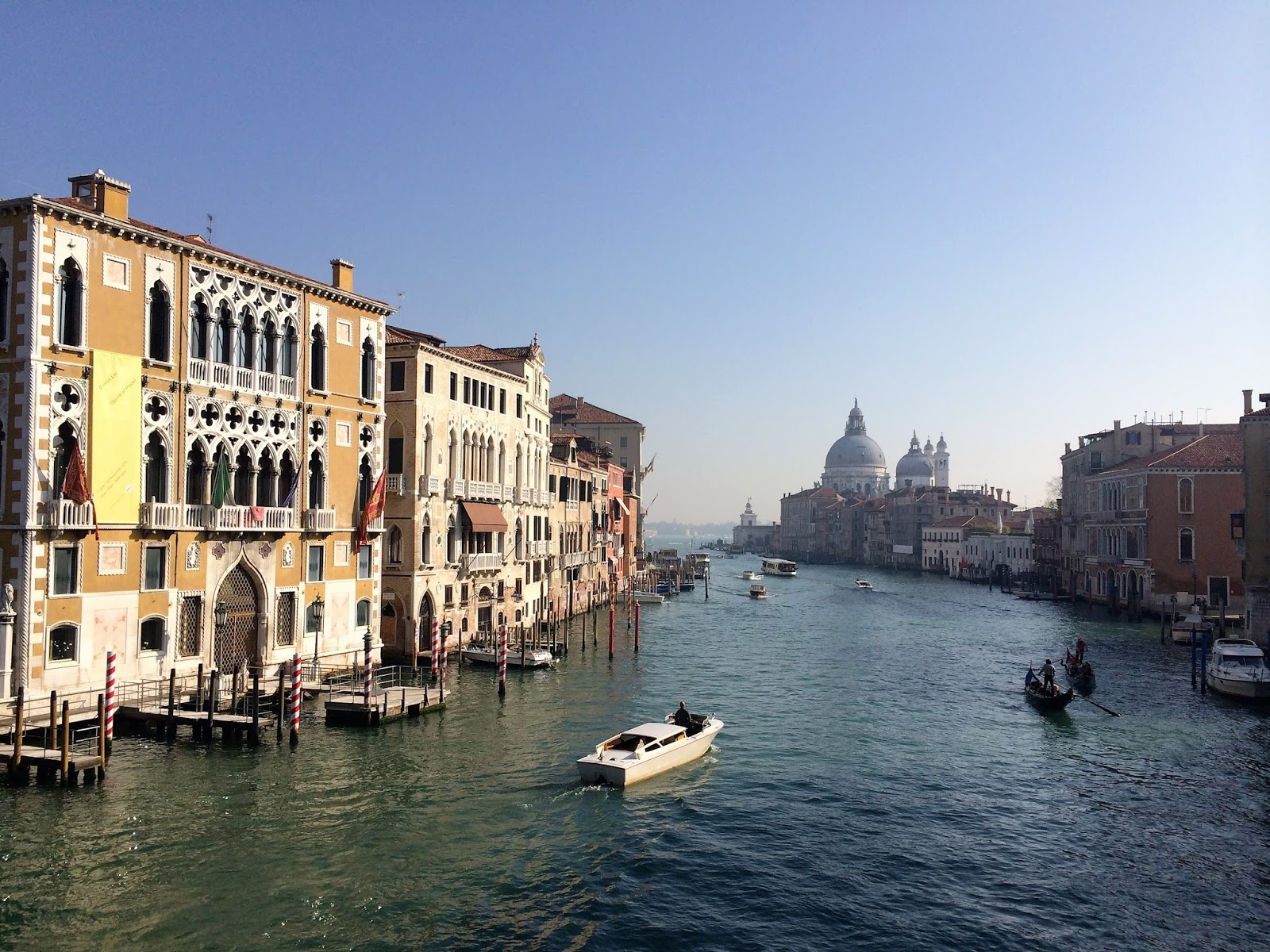 19. Rome, Italy
Words I would use to describe Rome are grandiose and timeless. The first time I went was 2011, again with my high school choir. When I visited again in 2014 and strolled along the same streets and saw the same attractions, I could see how much I changed and grew. My favorite memory in Rome was when my friends and I saw the sunset on the top of Pincio Hill, overlooking Piazza del Popolo. 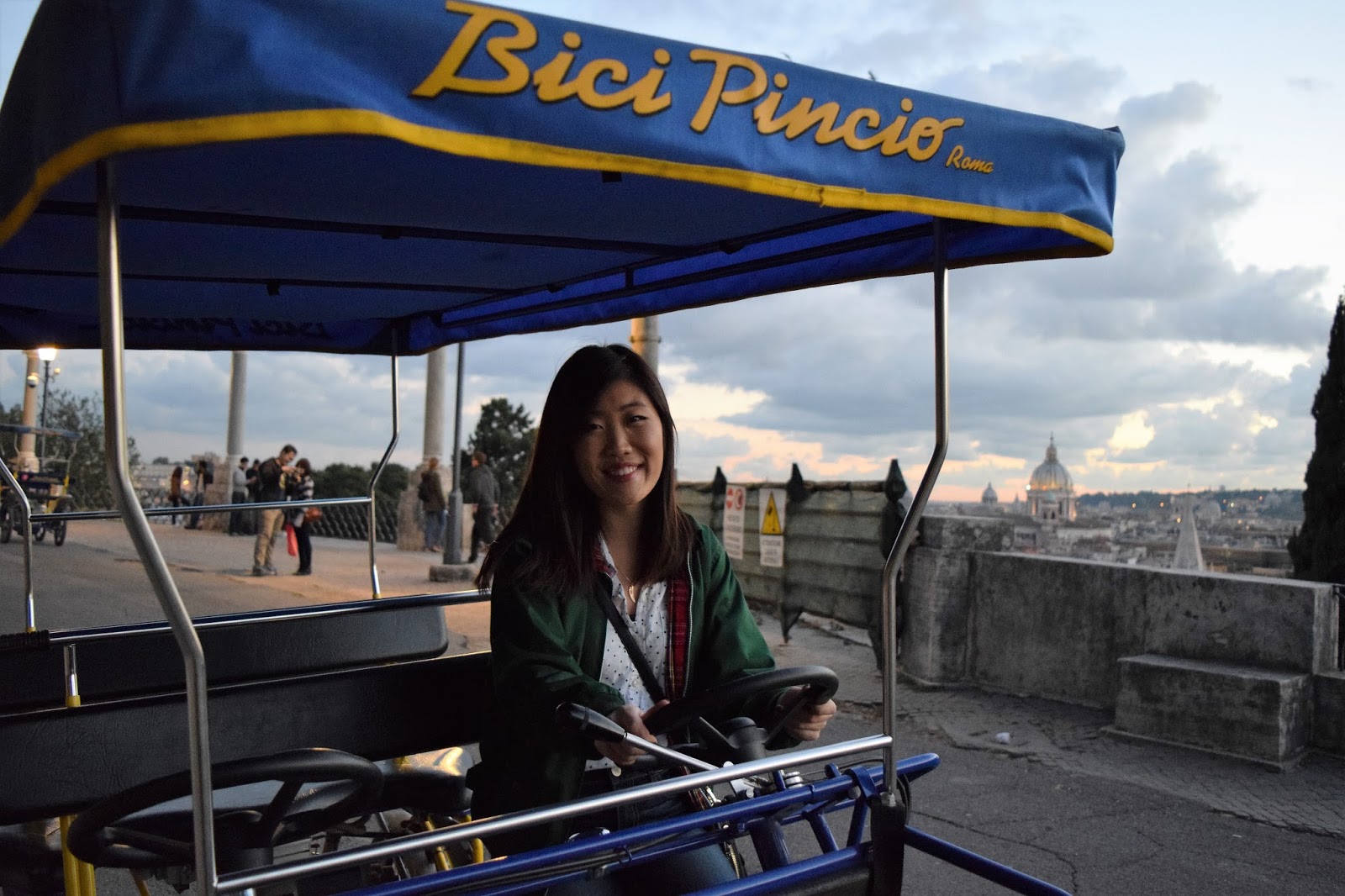 20. San Francisco, CA
I’ve been to SF several times in the last couple of years, and every time I was surprised by how different it feels from SoCal. I like that it feels more cultured than LA, but I definitely don’t like the insane cost of living. 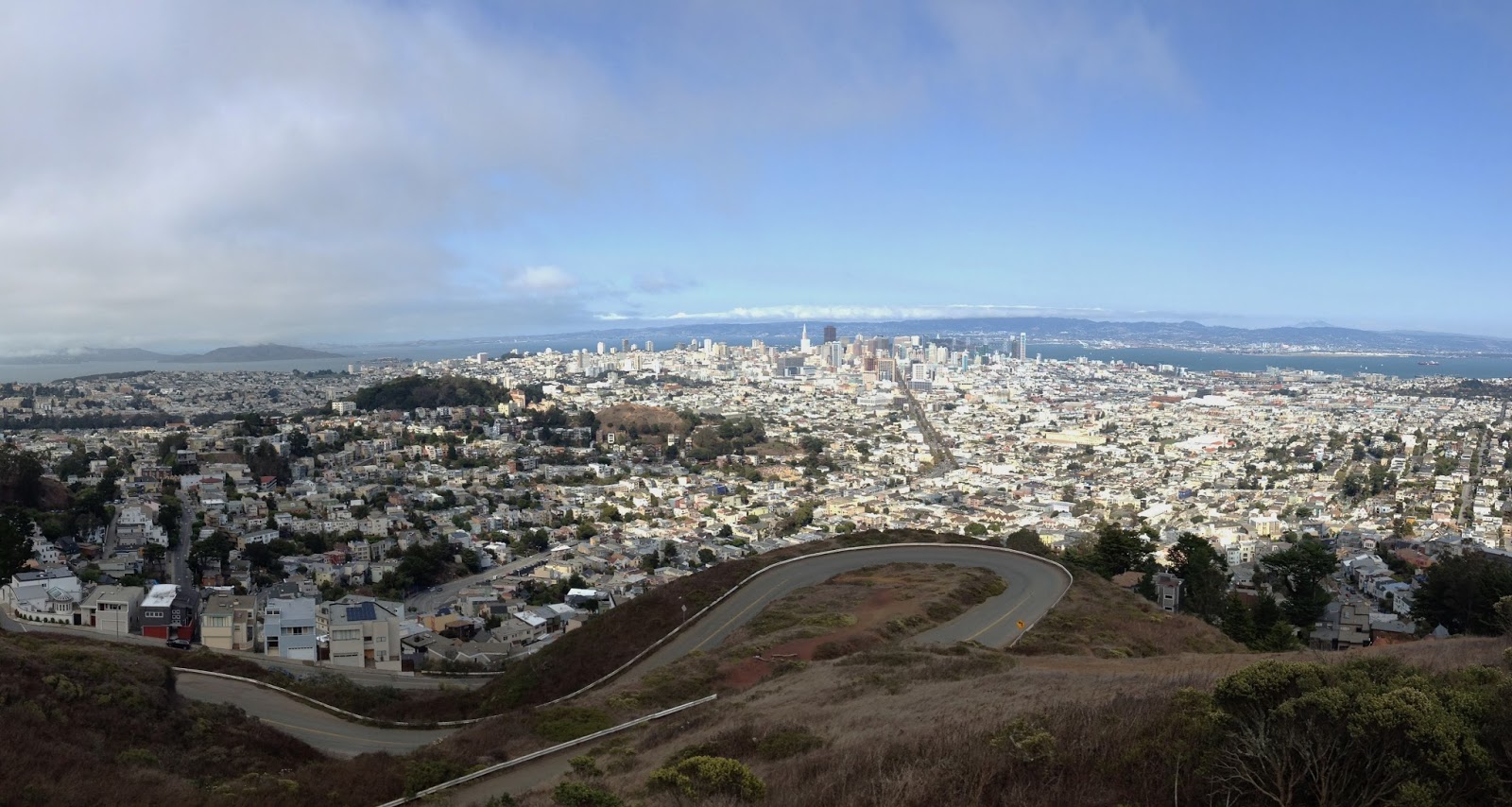 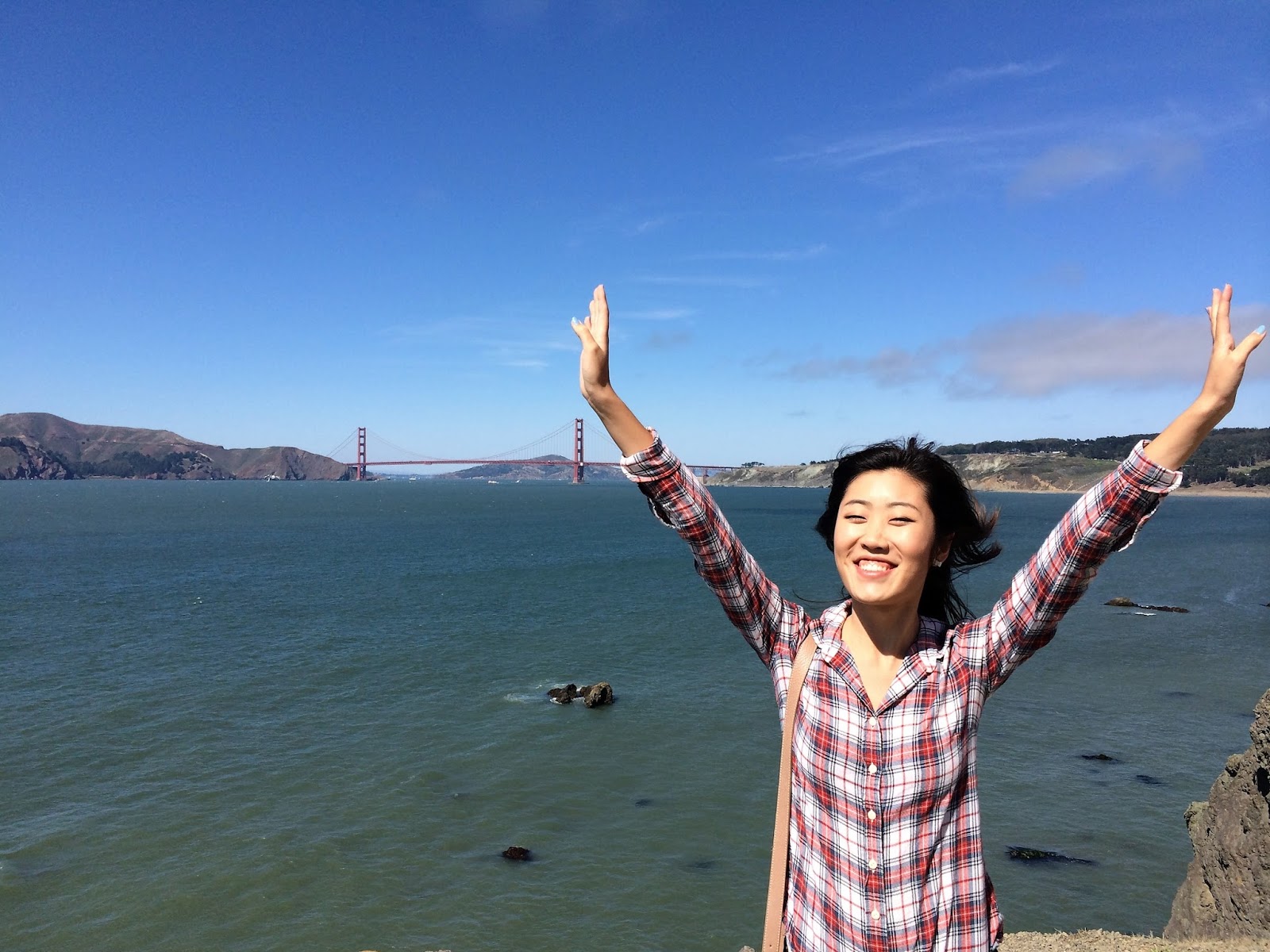 21. Lisbon, Portugal
Being in Europe taught me that you can fall in love with places like you would with people. You might not always know why, but it just happens, and that’s the case with Lisbon for me. Even though it has a bridge that looks exactly like Golden Gate Bridge and a statue that looks just like Rio’s Cristo Redentor, I still remember Lisbon to be one of the more unique cities in Europe. 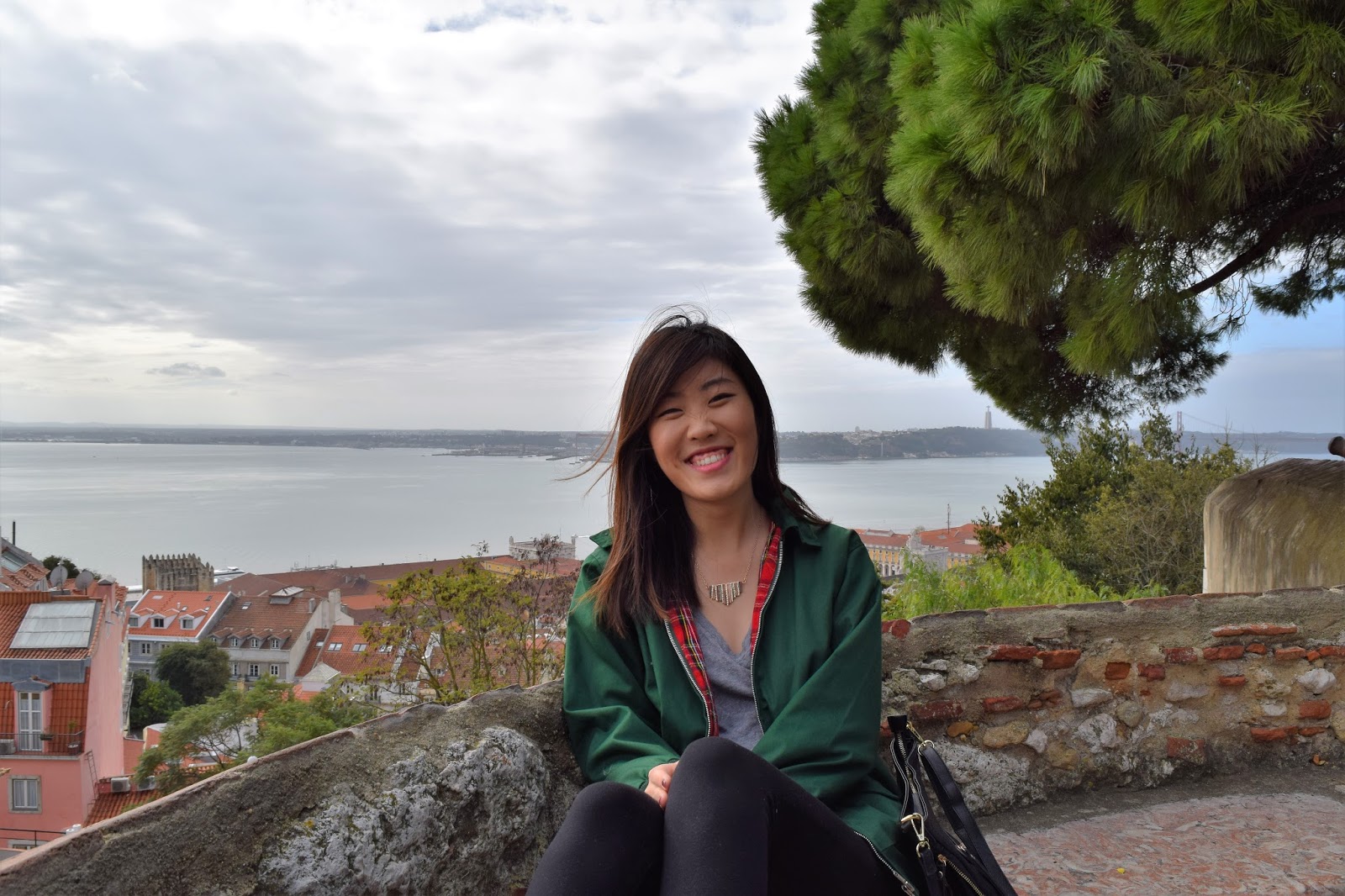 22. San Diego, CA
San Diego is where I call home. Upon graduating college, I decided to stay in SD because I was determined to try living on my own. It took me some time to adjust, but I never doubted that living alone was something I needed to do at some point in my life. I love that San Diego has so many different distinct, quirky neighborhoods. Even though I’ve lived here for more than four years now, I’m still constantly discover new and exciting things. 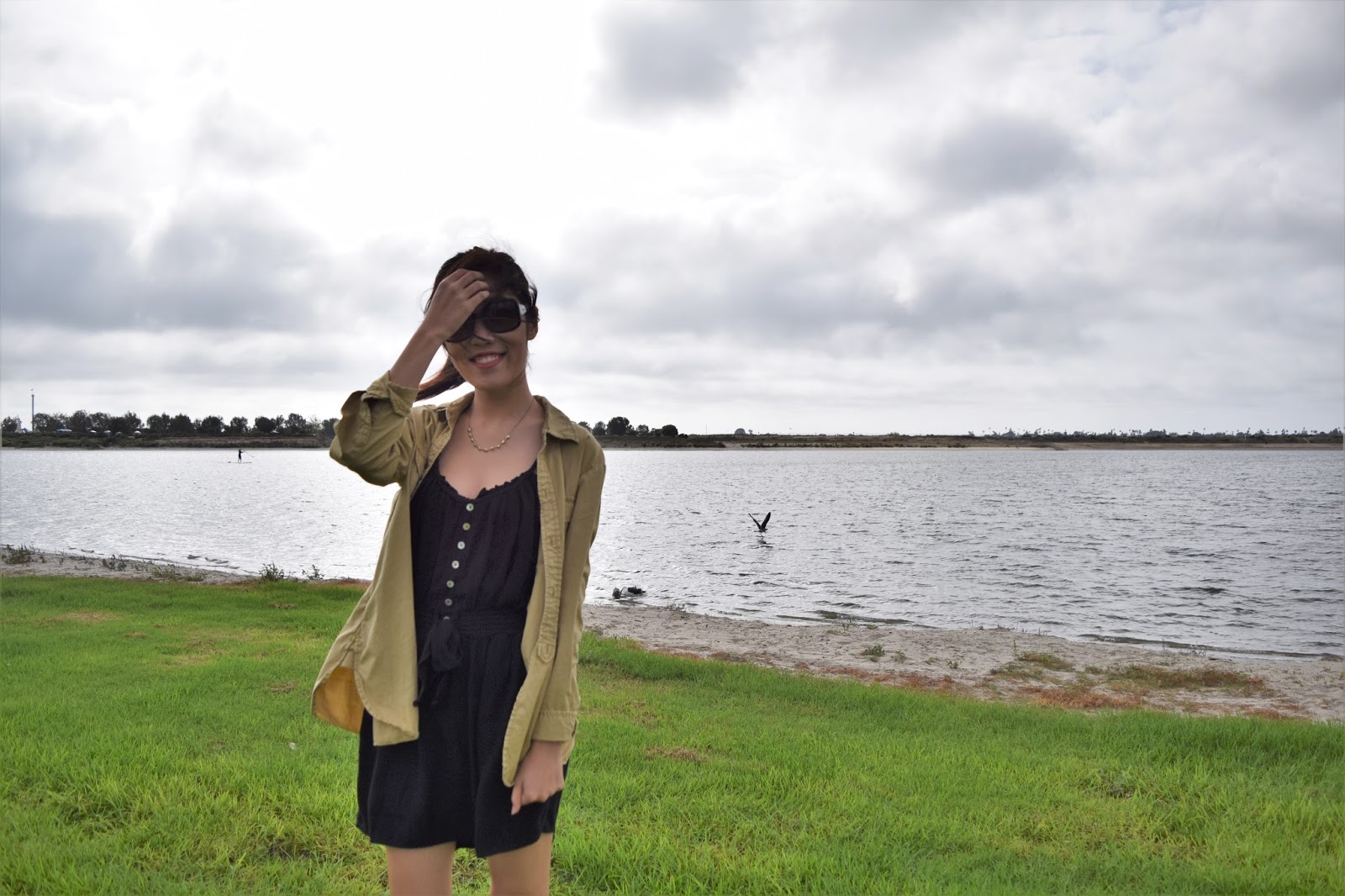 23. London
My favorite place on earth.

“When a man is tired of London, he is tired of life; for there is in London all that life can afford” -Samuel Johnson 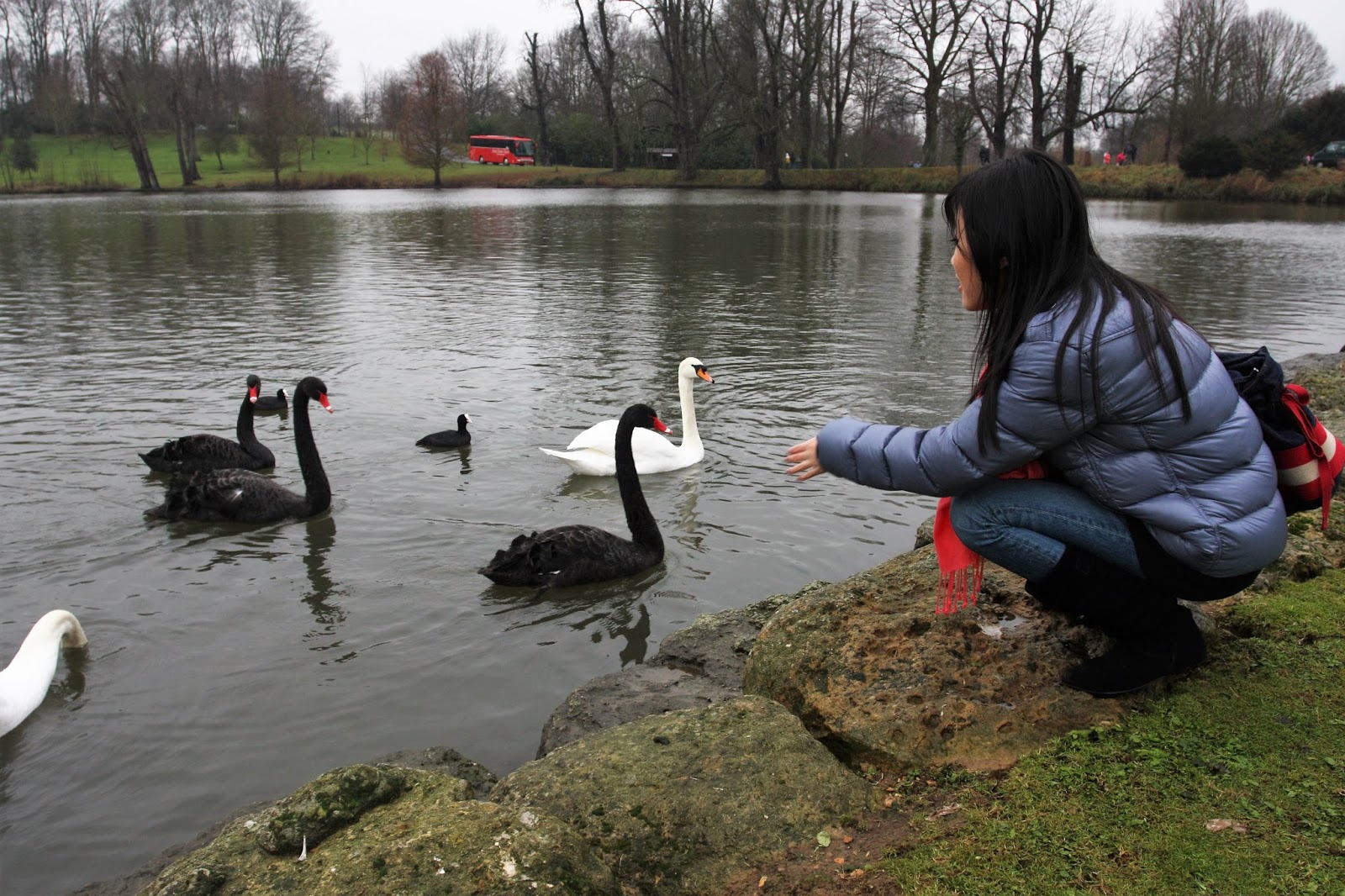 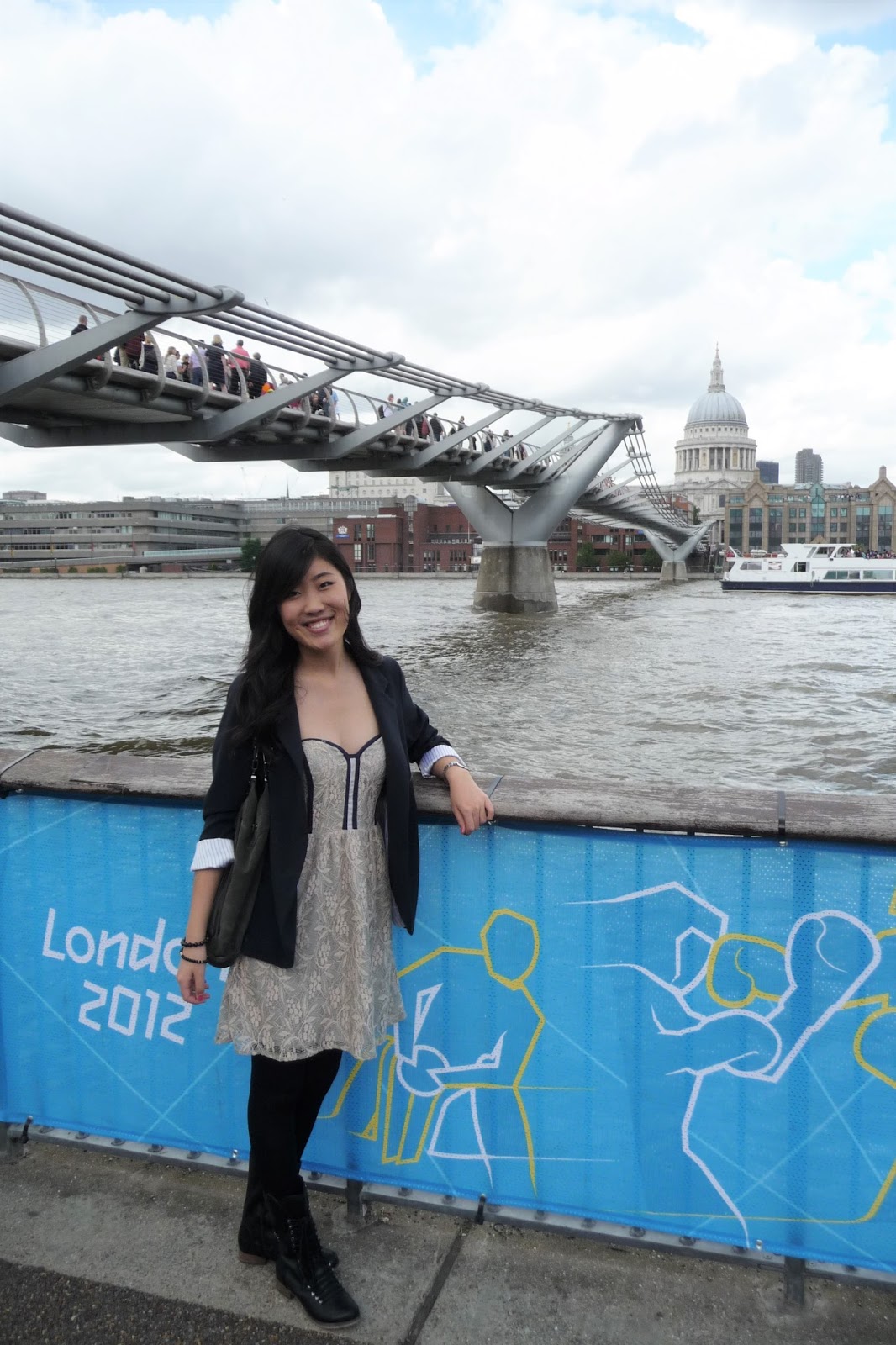 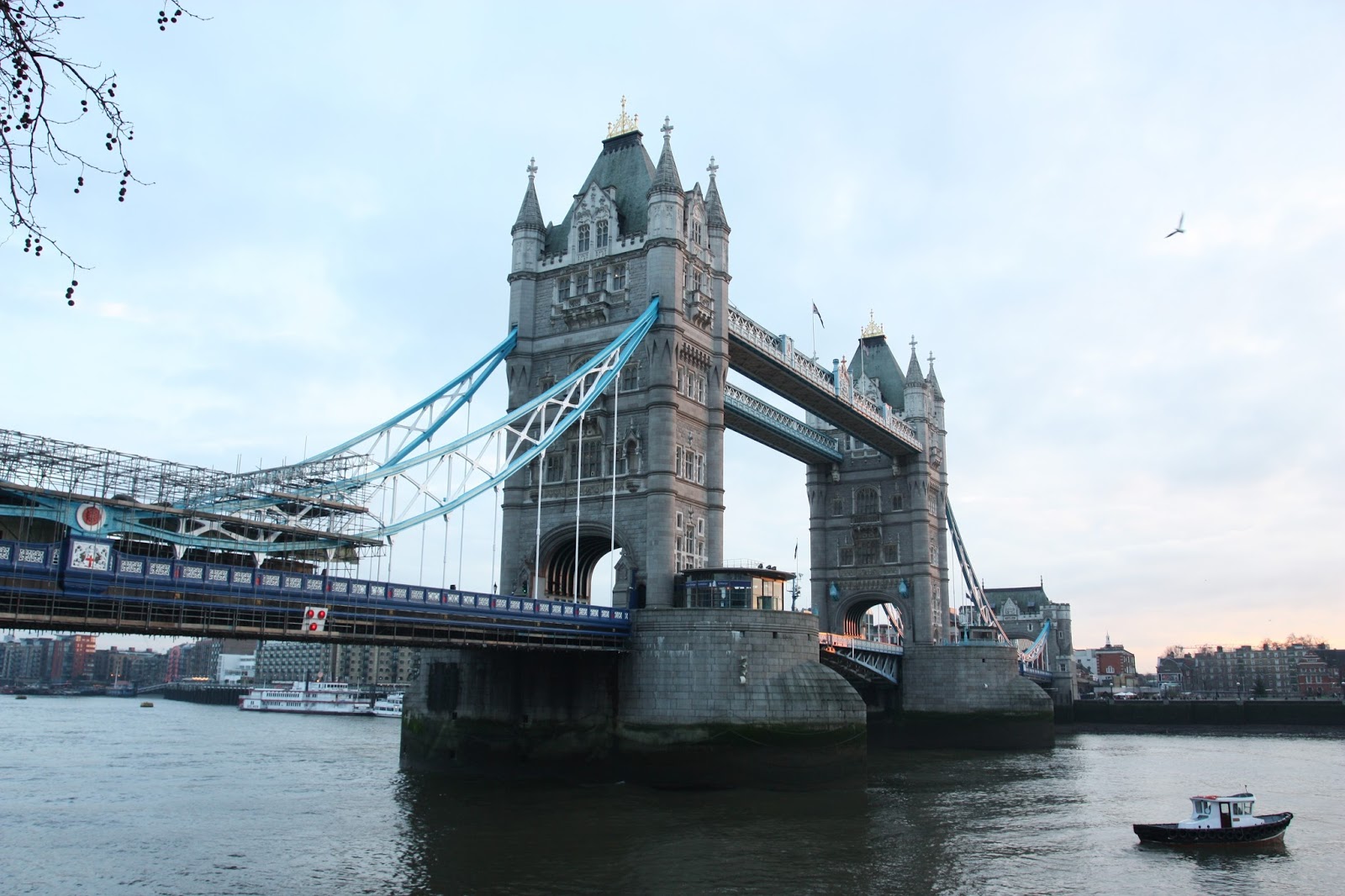 Looking at all these places, I see a both a map and a timeline for my life.

I can’t wait to keep on exploring.