How can you breathe in China? Does everyone really wear masks outside? China’s heavy smog has fascinated foreigners more than anything else, making China literally more mysterious than it already can be. Being back in Beijing for the first time in almost two years, however, I’ve noticed things beyond its imperfections and difficulties.

The smog was apparent as soon as I first glanced outside of my plane window as we approached Peking International Airport. On the ride home, everything was hard to see, even though our apartment is technically in the suburbs of Beijing, where it’s less developed but populated with people who want to breathe just a bit easier. I was instantly depressed and actually refrained from looking outside.

The second day my mom and I drove to a hotel even farther outside of the city to join my family for a weekend retreat. I was beyond excited, but the weather condition was so bad it astonished me. Our car window was also extremely dirty, which didn’t help, but this was my view: 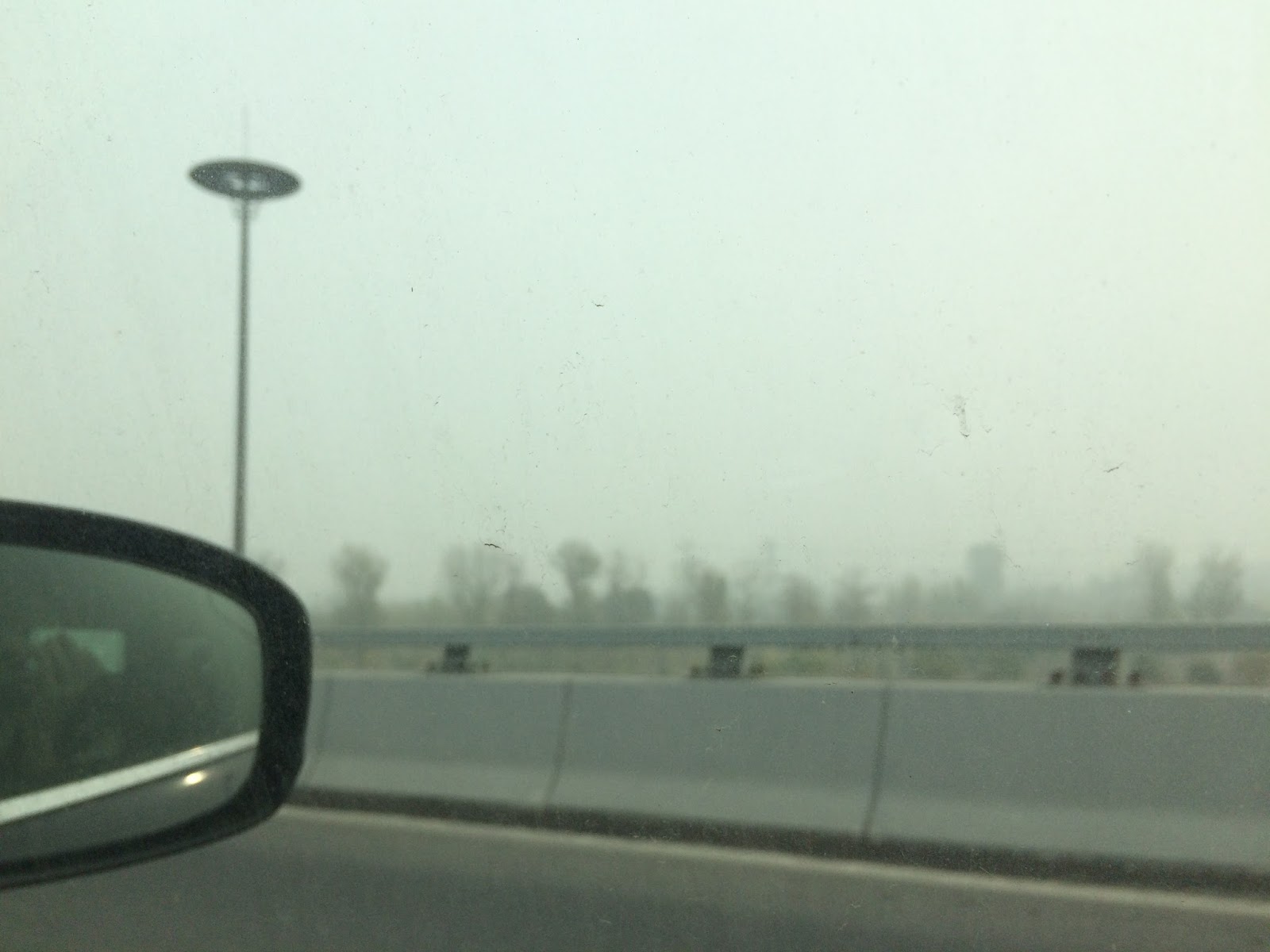 The area we went to, Yanqi Lake, was newly renovated and constructed especially for APEC’s meetings last year – Asian Pacific Economic Cooperation. I had never heard of it, but it was such a big deal here that they shut down factories not just in Beijing, but also in surrounding cities, in order to “create” half a month of blue skies. I found the fact incredibly hilarious and depressing at the same time, a combination of feelings not uncommon here. On the way to the hotel, I saw a girl carefully taking a close up photo of some autumn red leaves, while behind her was an endless grey sky, vaguely resembling a regular gloomy day but clearly fundamentally different. I found her appreciation of a tiny piece of beauty and the backdrop of a vast ugliness to be the most interesting juxtaposition. This contrast turned out to be a theme for the weekend. Beijing is my hometown, and the smog saddens me immensely. But I’ve also realized that the sense of contentment that my family and I felt as we enjoyed each other company on a leisurely walk in the park was 100% not compromised by the fact that despite seeing the sun and some blue sky, the weather that day was still worse than the worst day in California. Happiness isn’t about how blue the sky is, and if you think that Chinese people can’t live a happy life just because of the smog, or anything else outside of their control, you are wrong. Happiness can come from the most simple things. 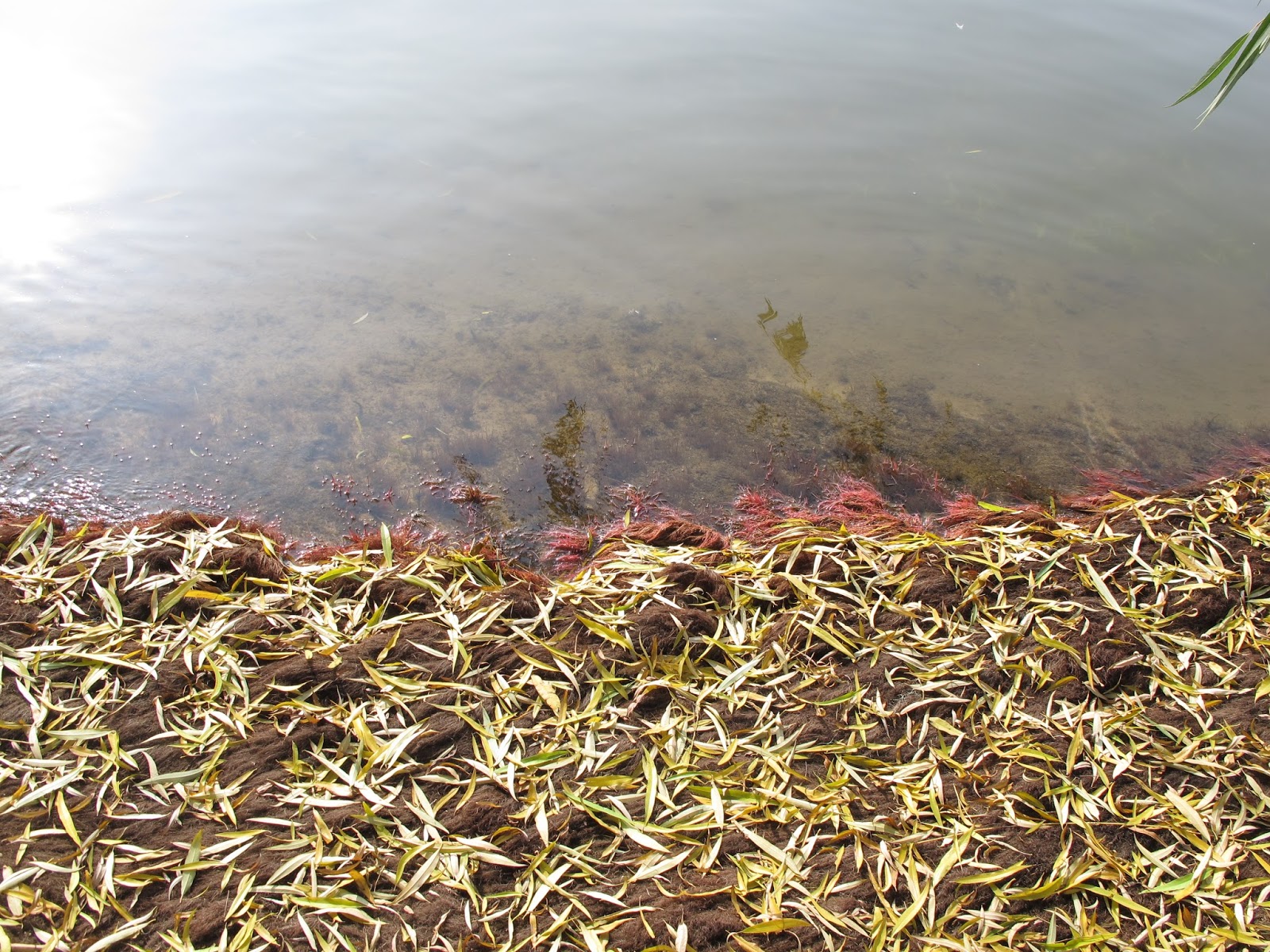 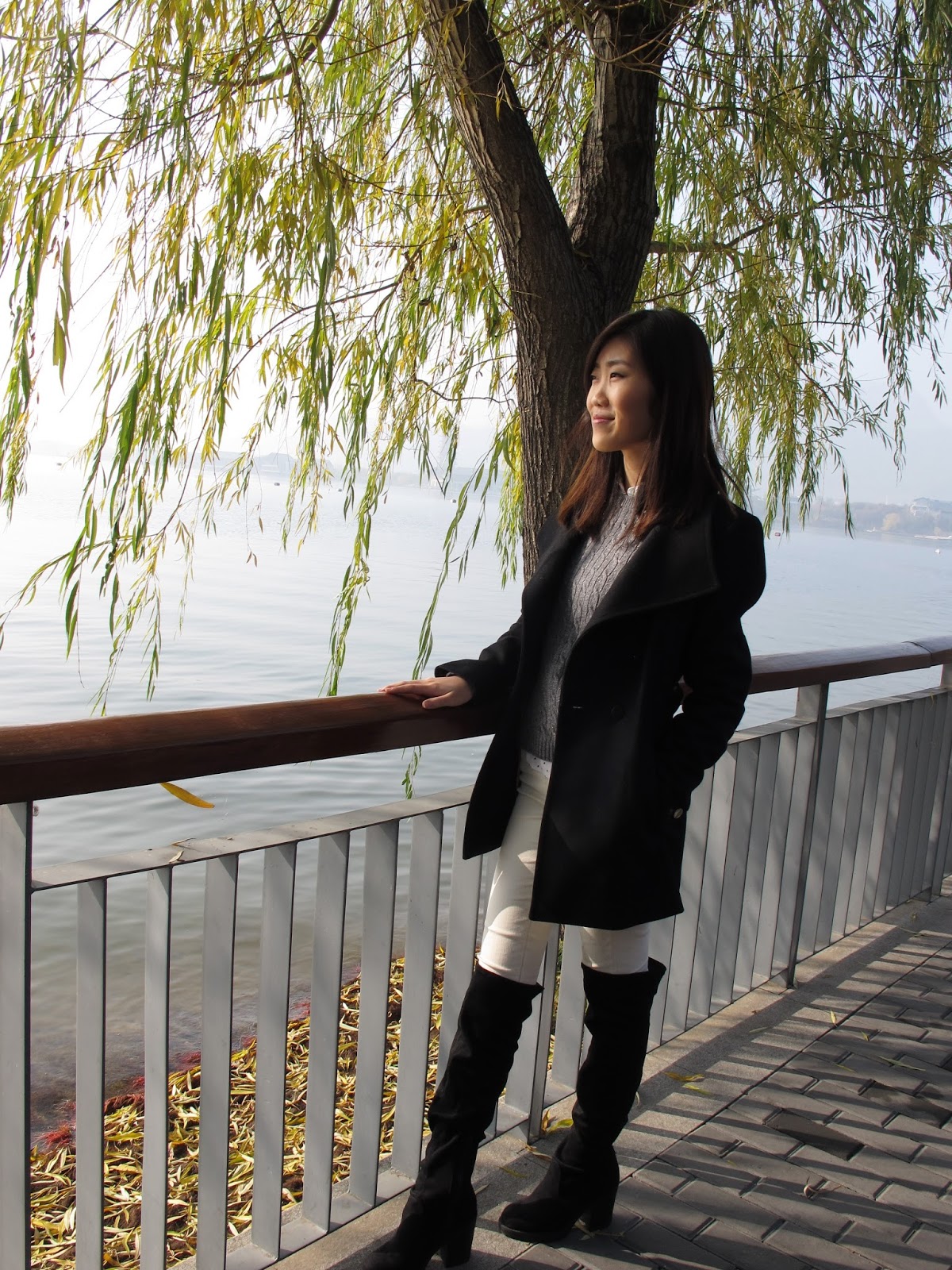 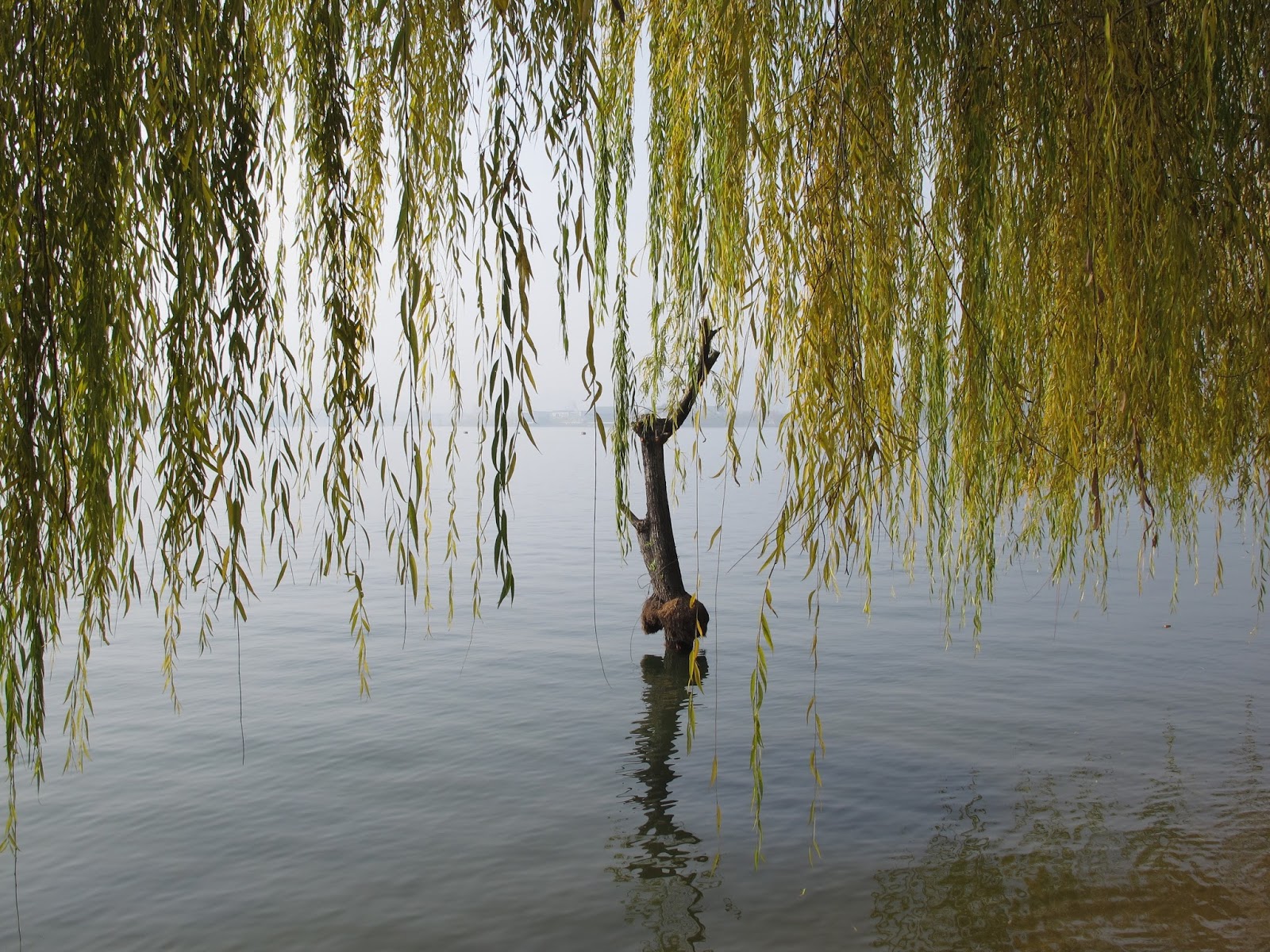 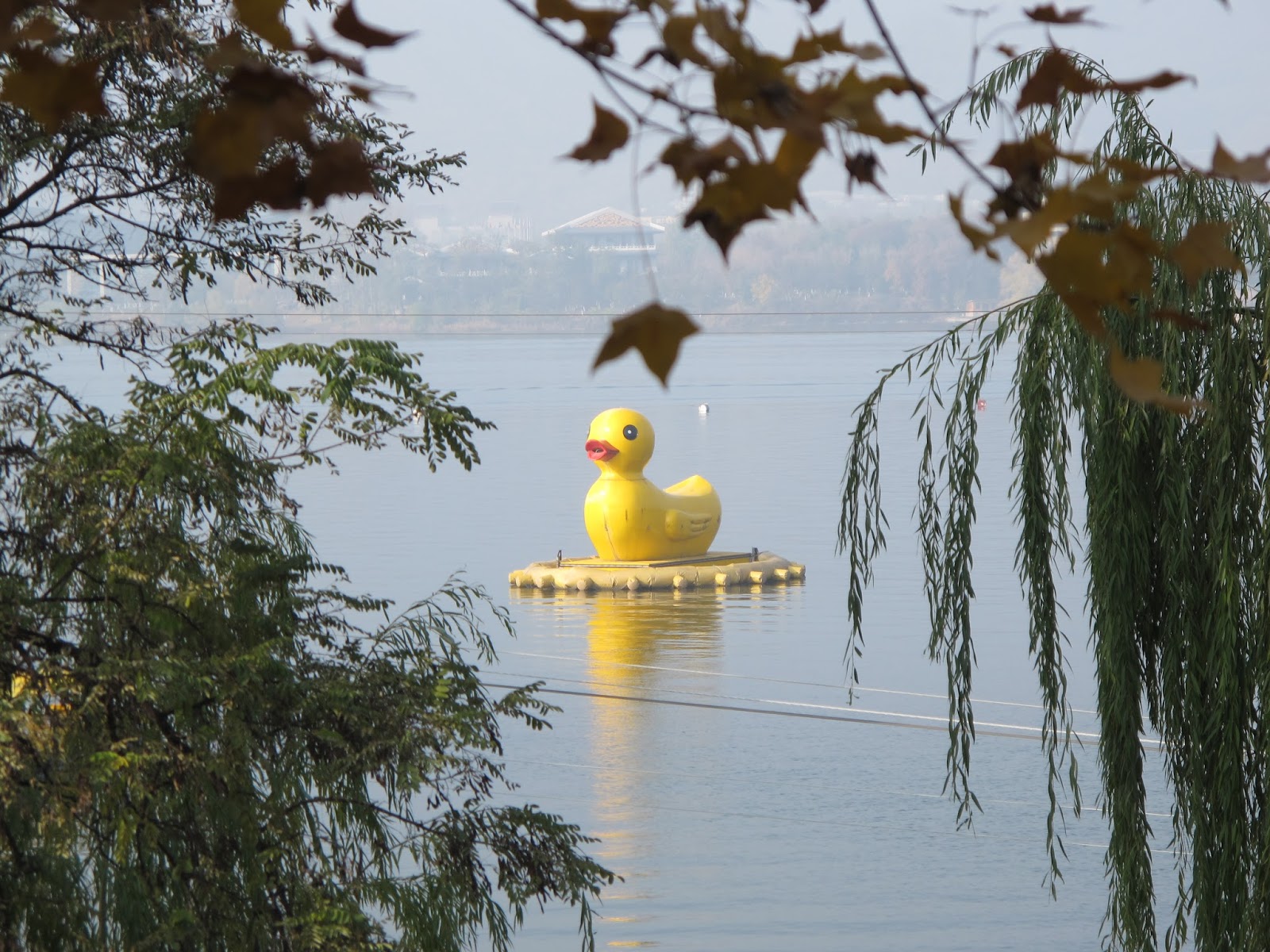